Does the Canadian actor William Shatner have Jewish ancestry? What is his religion?

Famous Canadian actor William Shatner has worked in the film business for more than 70 years. Fans are interested in their personal lives, family, and religion.

He is best recognised for portraying James T. Kirk in the Star Trek television series. The actor, who turned 91 in March, is among the oldest actors who are still actively engaged in the entertainment industry. 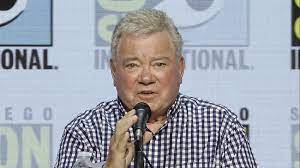 He is just a regular Canadian guy from a Jewish family, despite being regarded as one of the best performers of his time on a global scale. Wolf Schattner, his grandfather, changed the name of the family that had been Schattner on his father’s side. Shatner’s four forebears were all Jewish immigrants from regions that are now in Lithuania and Ukraine but were were a part of the Russian Empire and Austria-Hungary.

He has referred to himself as spiritual rather than religious in a number of interviews. He claimed that because they used to go to the temple on every Sabbath, his parents were devout. In his youth, he and his parents went to temples as well. Even so, as he got older, he became so busy with his everyday activities, obligations, and work that he had little time for any religious pursuits.

Is the Canadian actor descended from Jews?

As his ancestor was Schattner from the ancient Russian empire, William Shatner does indeed have Jewish ancestry. As a result of his religious upbringing, he has numerous challenges as he grows older. He recalled his memories during one of the interviews, claiming that the majority of the locals were catholic and didn’t like him back then.

During the 1940s, when people were uneducated and unaware, this incidence took place. Even now, despite the fact that our culture is more technologically developed than that society, we read and hear about incidents from many areas of the world where individuals are still subjected to discrimination.

The actor was born on March 22, 1931, to a Jewish family in the Notre-Dame-de-Grâce area of Montréal, Quebec, Canada. His parents, Ann and Joseph Shatner, ran a company where they used to produce and market clothing. He is the middle child of three children, with a sister who is older than him named Joy Rutenberg and a younger sister named Farla Cohen.

With a Blue Origin suborbital spaceship, Shatner has the opportunity to travel to space in 2021. He was among the first 600 astronauts, and at 90, he was the oldest. After completing his economics coursework at the McGill University Faculty of Management in Montreal, he was awarded a Bachelor of Commerce in 1952.

Shatner began his screen acting career in Canadian films and television ventures before transitioning into key roles in various US television shows. In a number of Star Trek projects, he played James Kirk. Several books he has written about his experiences before, during, and after donning a Starfleet uniform.

He also co-wrote a number of Star Trek novels as well as the science fiction TekWar series, both of which were turned into television shows. Shatner had a non-Star Trek role in T. J. Hooker as the titular veteran police sergeant. In addition, he served as the host of the reality series Rescue 911, winner of the People’s Choice Award for Favorite New TV Dramatic Series.

Rémi Chassé: Who Is He? Additional Information About The Singer