Brad Pitt and Tom Cruise are two of the most well-known actors in the world, and due to their long filmographies and attractive looks, comparisons between the two have become commonplace. The same thing happened over the weekend when a random Twitter user established a poll asking social media users which of the two was better. 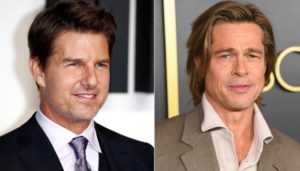 Because both Brad Pitt and Tom Cruise have large fan bases at home and overseas, the debate on Twitter devolved into mayhem as followers fought over who was the best. While many ogled Brad Pitt’s Greek god looks, others couldn’t get enough of Tom Cruise’s cuteness. Many people on Twitter argued about who was a star and who was an actor in the two Hollywood megastars.

Also Read: Where Are The Cast Of Sister Act 2 Now? What Happened To The Teen Actors?

Brad Pitt and Tom Cruise have carved out their own paths to the top by pursuing films that they have always been passionate about. While Pitt preferred thrillers, Cruise preferred action films, which worked out nicely for both stars. Pitt may have won more accolades, but Cruise certainly understands how to make money at the box office, both domestically and internationally.

Brad Pitt rose to prominence in Hollywood with films such as ‘Ocean’s Eleven,’ and its sequels ‘Ocean’s Twelve,’ and ‘Ocean’s Thirteen,’ as well as ‘Seven,’ ‘Troy,’ ‘Mr. & Mrs. Smith,’ ‘World War Z,’ and ‘Once Upon a Time in Hollywood.’ Cruise, on the other hand, ascended to the kingdom with films such as ‘Risky Business,’ ‘Top Gun,’ ‘The Color of Money,’ ‘Rain Man,’ The Mummy,’ and the most recent ‘Top Gun: Maverick,’ among many others.

Despite the fact that die-hard movie fans usually want them to share screen time, they did collaborate in the 1994 film ‘Interview with the Vampire.’ Both of them had their quarrels. “You have to realize, Tom and I are…,” Pitt said in a 1995 interview with Premiere magazine. We’re walking in opposite ways. North Pole is his name. I’m from the south. He’s approaching you with a handshake, and I may or may not run into you, you know?” “I always believed there was this underlying competition that came in the way of any actual discourse,” he continued, “and it wasn’t hostile by any means, not at all.” But it was simply there, and it bothered me. But I’ll tell you what, he gets a lot of s**t because he’s on top, but he’s a fantastic actor, and he progresses through the movie. He was the one who pulled it off. “You have to respect that,” he says.

‘Brad Pitt is Stunning. Tom is a Cute Guy.’

Fans of both stars flocked to Twitter to express their thoughts, with one user saying, “Y’all really going to invite Brad Pitt or Tom Cruise?” Brad Pitt is a phenomenal actor. Tom Cruise repeatedly portrays the same character. Brad Pitt became sober after realizing he had a problem. Tom Cruise refuses to acknowledge Scientology’s crimes. “In addition to that.”

“You’re joking right?” remarked another. Tom Cruise, I believe, is vying for “top alien” in a massive cult that is wreaking irrevocable havoc on people all over the world. Scientology. While Brad Pitt is a multidimensional performer, a recovering addict, and, let’s face it…beautifully gorgeous,” “Brad Pitt is stunning,” said another. Tom is a bit of a cutie.”

“Brad Pitt is a REAL actor, while Tom Cruise has a Sociopath for a closest buddy,” said the next. Watch the little “working ants” clad in what appear to be antique band uniforms scurry back and forth to their classes in downtown Clearwater, Florida…CREEPY!”

“You know what Brad Pitt has that Tom Cruise doesn’t?” said another. a good sense of humor” “Brad Pitt,” one user said. Once again, it’s actor vs. movie star. Brad started out as a movie star and went on to become a very excellent actor (just look at “Once Upon a Time in Hollywood”), whereas Tom has always been and will continue to be a movie star. Furthermore, Tom is a Scientologist, and his interviews on the issue are bizarre.”

“The only choice, IMO, is Brad Pitt, a multi-faceted actor,” one person concluded. Tom Cruise couldn’t act his way out of a bag—in every role, he’s just Tom Cruise. I gave up seeing his films a long time ago.” 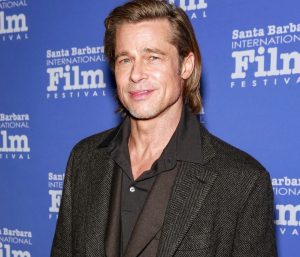 Actor and producer Brad Pitt had his first appearance on the silver screen in the horror movie Cutting Class in 1989. His performance in the film Legends of the Fall in 1994 helped solidify his status as a mainstay in the Hollywood film industry. Pitt has been named “People magazine’s Sexiest Man Alive” on two separate occasions. In addition, he has demonstrated a willingness to take on more challenging roles in films such as “Seven” (1995) and “Fight Club” (1999).

He began to gain more serious award consideration for roles in Babel (2006), The Curious Case of Benjamin Button (2008), Inglourious Basterds (2009), and Moneyball (2011), ultimately winning his first Oscar in the best picture category as a producer for the film 12 Years a Slave (2013).

In addition to later works such as The Big Short (2015), Allied (2016), and his Oscar-winning role in Once Upon a Time… in Hollywood (2019), Pitt is known for his high-profile relationships with actresses Jennifer Aniston and Angelina Jolie. These relationships helped propel Pitt to the forefront of the entertainment industry.

William Bradley Pitt was born on December 18, 1963 in Shawnee, Oklahoma. He was the oldest of three children in a family that was deeply committed to the Southern Baptist faith. Pitt spent the majority of his childhood in Springfield, Missouri. Both of his parents worked in the helping professions; Bill Pitt ran a trucking firm, and Jane Pitt worked as a counselor with families. While attending the University of Missouri for his journalism degree, Pitt had the early intention of pursuing a career in the advertising industry as an art director.

On the other hand, the young college student had other, more covert goals, which were the direct result of his deep love of movies from his younger years. When he was in his final semester of college and realized, “I can leave,” his hopes and dreams suddenly started to feel more attainable. Pitt left college on a whim, packed up his Datsun, and traveled west to pursue a career as an actor in Los Angeles. At the time, he was only two credits short of completing his undergraduate degree.

Although Pitt told his parents that he planned to attend Art Center College of Design in Pasadena, he actually spent the following few months working as a limo driver, transporting strippers from one bachelor party to the next, delivering refrigerators, and attempting to break into the L.A. acting scene.

He enrolled in an acting class and not long after that, accompanied a fellow student to an audition as her scene partner. The audition was with an agent. In a strange turn of events, the agency chose to sign Pitt rather than his classmate. After enduring only seven months in Los Angeles, Pitt was able to land a representation deal as well as consistent acting jobs. 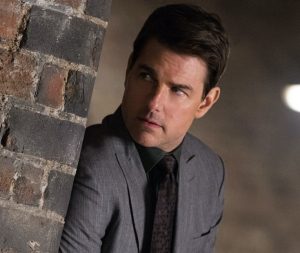 Tom Cruise is an American actor who became famous for his appearances in films that became cult classics during the 1980s, 1990s, and 2000s. He is also well known for his high-profile marriages to actresses Nicole Kidman and Katie Holmes. His interest in acting began when he was still in high school, and he shot to stardom with his performances in the films Risky Business and Top Gun, respectively. Later in his career, Cruise achieved widespread praise for his performances in the critically acclaimed film Jerry Maguire and the Mission: Impossible film series.

Tom Cruise, whose real name is Thomas Cruise Mapother IV, was born in Syracuse, New York, on July 3, 1962. His parents, Mary and Thomas Mapother, named him after his grandfather. His mother was a schoolteacher and an amateur actor, and his father was an electrical engineer. Cruise was named after his father. As a child, Cruise and his family had a lot of upheaval due to the fact that his father’s job required them to relocate frequently.

After Cruise’s parents split when he was 11 years old, he and his siblings moved with their mother to Louisville, Kentucky, and then to Glen Ridge, New Jersey, after she remarried. Cruise’s parents later reconciled and remarried. Because of his dyslexia, Cruise struggled in school just like his mother and three sisters did, which made it difficult for him to achieve academic achievement. Despite this, he was a standout athlete who, prior to a knee injury that disabled him while he was still in high school, toyed with the idea of making a living as a professional wrestler.

Cruise entered a Franciscan seminary when he was 14 years old with the intention of becoming a priest, but he left the school after only one year. At the age of 16, he took the advice of a teacher who urged him to take part in the school’s production of the musical Guys and Dolls. Soon after Tom Cruise was cast in the role of Nathan Detroit, he discovered to his delight that he was quite at home on stage, which led to the launch of his acting career.

Who Is thebrandonrobert On Tiktok? Talk About An Awkward Pregnancy Reveal