Controversial Major Mfesane Bhekizulu, a businessman from the Eastern Cape, has denied involvement in the murder of his girlfriend, Singwa Namhla Mtwa.

On April 21, Mtwa, a 35-year-old OR Tambo municipal employee, was shot nine times in her car as she drove to her Mthatha home in Sidwadwa. She was discovered dead with gunshot wounds to her upper torso at the crime scene. As a result of the incident, no one has been charged. 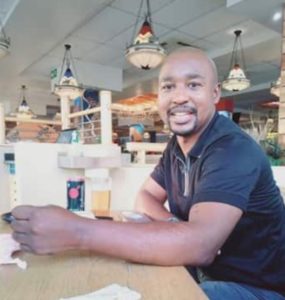 Authorities have shifted their attention on Bhekizulu, her 41-year-old businessman’s lover, after the Singwa Namhla family unlocked her smartphone and discovered troubling messages allegedly written by him, according to News24.

Public members have vowed to deal with the man themselves on social media. Citizens should let the police do their job, Bhekizulu told News24, adding he was not the person they should be looking for.

Mfesane declined to answer any additional questions and indicated he was busy before hanging up. On August 11, 2018, he was arrested for reportedly shooting and killing his employee Mxolisi Mthunjwa and gravely wounded another, Thmebela Somana.

The Ngqeleni Magistrate’s Court in Mthatha granted the businessman R50 000 bail on charges of premeditated murder and attempted murder. Luxolo Tyali, a spokesperson for the National Prosecuting Authority (NPA), could not provide an update on the court case at the time of writing.

Mfesane Bhekizulu, Namhla Mtwa’s boyfriend, is not detained because he is just suspected of murder. The murderer has yet to be identified despite further inquiry and police efforts.

Mene announced on Saturday that the police had launched an investigation into the criminal. She also indicated that she assigned the probe to top management at the brigadier level, and that detectives and the deceased’s family members met on a regular basis to provide frequent input.

Namhla’s family and the general public should feel safe in the knowledge that her case is being handled by professional and well-trained investigators. According to the victim’s relatives, he was notified about the murder case by police authorities and urged that the investigation be expanded to include new developments, such as allegations of gender-based violence and femicide (GBV & F).

Mtwa pleaded with him to let her rest and recover from the injuries he reportedly inflicted, but he threatened to hurt her further, according to the screenshots. She allegedly stated that her injuries made it impossible for her to drive and that she needed to visit a doctor.

Who Is Sarah Porter On ‘Nowhere To Be Found’? Missing Basketball Player Case Update

What Occurred in the R. Kelly Assault and Arrest Case? A claim of abuse

Randon Lee: who was he? Police said that when TikToker Ophelia Nichols’ son was slain, he was selling drugs.

Who Is Ottawa’s Joshua Graves? Man Killed in Ambush After Family is Murdered