So, who is Kelsey Kreppel, and has she been dating Cody for a long time? Everything you need to know about their relationship is right here. 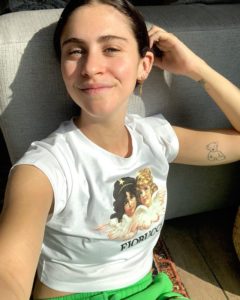 On Sunday, December 19th, Cody Ko announced his engagement to Kelsey. On Instagram, the YouTuber published a photo from the proposal, in which he can be seen proposing to his girlfriend on a beautiful beach.

“Yesterday was a stunningly gorgeous day. @kelseykreppel, thank you for making me the happiest guy on the planet,” Cody captioned the photo.

Cody revealed in a podcast episode that he met Kelsey when he held a dinner for several of his friends in 2017, and the couple has been romantically linked since then. Since then, they’ve started tagging each other on social media and have attended a number of events, including the 2018 MTV Movie and TV Awards and a Spotify event in January 2020.

Many others have sent messages of affection for the engaged couple, including Billie Eilish’s brother Finneas and fellow YouTubers Emma Chamberlain and Danny Gonzalez.

WHERE DID KELSEY KREPPEL COME FROM?

Kelsey is a YouTuber and social media star who works as a preschool teacher. She was born in Los Angeles, California, and is 28 years old.

She worked as a primary school teacher while studying child and adolescent development in college. She has a big YouTube channel with 922,000 subscribers, but she has focused more on creating a social media career in recent years.

Kelsey routinely collaborates with Cody on joint videos and uploads vlogs and comedic sketches. Kreppel, who is also a YouTuber, has 922k subscribers on the video sharing platform. She started her own channel in December 2014, but it wasn’t until 2017 that she started uploading. She describes herself as a “teacher turned YouTuber.”

Her channel frequently features vlog-style stuff. It would be difficult to locate a video without Cody Ko if one looked through her videos. The two are inextricably linked.

Kelsey Lang Kreppel was born in Los Angeles, California, on September 24, 1993. She majored in child and adolescent development in college and went on to work as a preschool teacher. She began dating popular YouTuber Cody Ko in September 2017, which led to the launch of her YouTube channel later that year. Her first video was a normal automobile vlog from a “new channel.”

She enjoys evaluating fashion and hosts a show called “Dinner with Kelsey,” in which she reviews and cooks food, including fritters, cookies, pasta, and mushrooms. Cody, her boyfriend, appears in a few of the videos, and she has even motivated him to start his own YouTube channel; when he cooperated with Dhar Mann, she gave him the idea to compose a skit based on her favourite motto, “patience is a virtue.” She also used to make interesting films, such as re-enacting Pinterest hairstyles and rapper tattoos. Despite not being a professional artist, she has painted selfies for her subscribers.

Her zodiac sign is Libra. On September 20th, 2017, she made her first official appearance on Cody Ko’s “Insanely Chill” podcast in the episode “Taco Tuesday Girl.” Blue and red are her favourite colours.

She has numerous tattoos, including a teddy bear and the year 1991 in roman numerals.

Emma Chamberlain is one of her closest pals. She has a canine companion. Her father is a devout Jew, and her mother is a devout Catholic. One of the reasons she’s popular is that she’s been dubbed “genuinely humorous,” despite the fact that many women who launched a YouTube channel after dating a renowned YouTuber have been branded unfunny by many.

She has the ability to cry at will. Cody’s caretaker, daughter, grand-daughter, or sister is one of the recurring jokes in her films with him. This is because Cody’s audience knows he’s an old man, which is one of his numerous running gags. Kelsey has expressed her dissatisfaction with these jokes.