Wayne Lineker: Who Is He? Few Facts To Know About The Former Footballer Gary Lineker Brother

A well-known businessman from the United Kingdom is named Wayne Lineker. He is the proprietor of O Beach Liza, a well-known club located in Ibiza.

Additionally, Gary Lineker, a great football player and current host of the BBC’s Match of the Day, is the real brother of Wayne. He became well-known for his inflammatory comments and provoking online posts, notably his now-famous “girlfriend advertising.”

According to BBC News, the club owner believes that the media, particularly their portrayal of his relationships with much younger women, has aided in the development of his bad-boy reputation. Wayne Lineker is well known for owning nightclubs and entertainment establishments, one of which is in Ibiza.

He relocated to Tenerife in 1986 and opened Lineker’s pub there. Due to its success, he was able to open a second location in Marbella.

He visited Ibiza in 2008 and ultimately opened Ocean Beach there. Over the years, he has matured into a successful entrepreneur, developing a commercial empire.

He has also been making appearances on reality TV and in other celebrity-related venues for many years.

The club owner also appeared on an episode of the reality television programme The Only Way Is Essex when the cast visited Marbella in 2013.

Wayne Lineker was born in Leicester on April 25, 1962, and is currently 60 years old. He currently divides his time between London and Europe.

He recently had a star-studded party to honour his birth anniversary in front of influencers and famous people.

Wayne left school at the age of 14 to begin working for his father, selling produce in markets.

Gary Lineker, Wayne’s older brother, was born on November 30, 1960, and is currently 61 years old. The Lineker brothers are therefore only two years apart in age.

Wayne and his brother Gary did have a public argument at one point, but it is thought that they are currently trying to patch things up.

Before things started to go south between them, the two are claimed to have played golf twice a week and talked on the phone every day.

Wayne contends that Gary’s failed relationship was caused by his ex-girlfriend Danielle Bux, whom he married in 2008 and divorced in 2016.

Wayne reportedly said to The Sun in April 2015, “My relationship with my brother was ruined by Danielle. Gary sadly no longer exists in my life.”

What Does Wayne Lineker Do? What Is His Job And Net Worth?

Wayne Lineker is anticipated to have a net worth of between $1 million and $3 million as of 2022, mostly from his network of taverns and clubs dotted over Europe.

He also makes additional money from his appearances in reality television. He is without a doubt one of the richest club owners in the UK.

The Leicester native launched his nightlife empire in 1988 with the opening of Lineker’s Bar, a chain of sports clubs that became a popular hangout for the rich and famous.

When he linked up with Geordie-shore personality Chloe Ferry on Celebs Go Dating: The Mansion earlier, it sparked months of rumours and conjecture about their romance. Even that the two were engaged was reported in one Instagram post.

Nevertheless, the western side of the party island is home to the world-famous celebrity hangout Wayne’s O Bar Ibiza (also known as Ocean Beach). 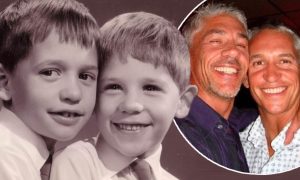 About His Brother Gary Lineker

Former English professional footballer Gary Lineker (born 30 November 1960) is currently a sports broadcaster. One of the best English strikers, in many people’s opinions. His media career got its start at the BBC, where he has been presenting the most seasons of Match of the Day of any presenter, starting in the late 1990s. Additionally, Lineker is the BBC’s main live soccer announcer, including for its coverage of international tournaments. He also has experience working for the NBC Sports Network, Al Jazeera Sports, Eredivisie Live, and BT Sport’s coverage of the UEFA Champions League.

Lineker amassed 80 caps for England during the course of his eight-year international career, scoring 48 goals. He is presently England’s fourth-highest scorer after Wayne Rooney, Bobby Charlton, and Harry Kane. His international goals-to-games ratio remains one of the best for the country. He scored six goals, which made him the top scorer at the 1986 FIFA World Cup and gave him the Golden Boot. Lineker once more played a significant part in England’s advancement to the semifinals at the 1990 World Cup with four additional goals. He still holds England’s FIFA World Cup goal scoring record.

Additionally, only Lineker has played for three separate teams—Leicester City, Everton, and Tottenham Hotspur—while maintaining the top scoring position in England. Notably, he never had a yellow or red card during his 16-year career. He consequently won the FIFA Fair Play Award in 1990. Over the course of his senior career, which spanned 16 years and 567 competitive appearances, Lineker scored 330 goals overall, including 282 goals at the club level. After his football career was done, he was given a spot in the English Football Hall of Fame. He served as the leader of a group that made investments in his previous club, saved it from going bankrupt, and was appointed honorary vice-president. He was a devoted Leicester City supporter.

On November 13, 1984, Lineker played in a 2-0 home victory over New Zealand B to earn one cap for England B. In 1984, he made his entire England debut against Scotland. During the 1986 World Cup, he played in five games and scored six goals, leading all scorers and becoming the first English player to win the Golden Boot. He scored a hat-trick against Poland, becoming the second English player ever to do so at a World Cup and the player with the second-fastest hat-trick in history. In the second round against Paraguay, he also scored twice. He participated in the majority of the competition while wearing a forearm cast. In the World Cup quarterfinal, he scored for England against Argentina, but the result was a defeat because Diego Maradona scored twice for the opposition (the first goal was a handball known as the “Hand of God,” and the second was known as the “Goal of the Century”). In 1988, Lineker took part in Euro 88, but he failed to score a goal as England lost all three of its Group A games. It was subsequently determined that hepatitis was the root of his disease.

He helped England reach the World Cup semifinals in 1990 by scoring four goals. During the competition, he wasn’t feeling well, and in the first group match against the Republic of Ireland, he accidently peed in his shorts.

After Andreas Brehme had placed England down 1-0 in the semifinal, Lineker received a pass from Paul Parker and eluded two West German defenders on his way to scoring the equaliser. However, the West Germans won the penalty shootout and the championship. He later said, “Football is a simple game; 22 players chase a ball for 90 minutes, and at the end, the Germans win. In the well-known England anthem “Three Lions,” the phrase “When Lineker scored” refers to Lineker’s equaliser.

In his final eighty appearances for the international stage, he scored forty-eight goals, one fewer than Sir Bobby Charlton’s record for England (which Charlton accrued over 106 caps). During what turned out to be his final England game, against Sweden at Euro 92, Graham Taylor replaced him with Arsenal striker Alan Smith, robbing him of the chance to equal or break Charlton’s record. In a pre-tournament friendly match against Brazil, he had already missed a penalty kick that would have knotted the game. He didn’t give Taylor a glance as he sat down, obviously annoyed by the decision.

He twice scored four goals in an England match and was one of the very few players to never receive a yellow or red card in any kind of game.

Nyck de Vries (Dutch F1 Star) Girlfriend: Who Is She? Is She From The Netherlands?