The documentary ‘Murder Chose Me: Empire of Blood’ on Investigation Discovery follows the alleged drug kingpin Waco Collins Jr. of Shreveport, Louisiana, who is accused of being involved in many murders between the years 2009 and 2012. In spite of the fact that he was never put on trial for the murder charges, he was found guilty of dealing cocaine and other drugs and given a significant jail sentence for his crimes. Who exactly is this Waco Collins? Let’s find out. 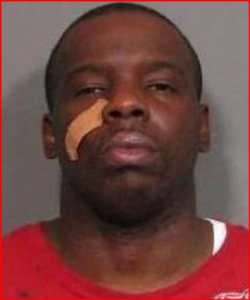 Who is Waco Collins?

In the city of Shreveport, which is located in Caddo Parish, Louisiana, Waco Collins, Jr. was known as one of the most violent and influential drug dealers. Carl Townley, who served as a Narcotics Officer in the state in the past, claims that Waco has a history of being the most aggressive and dangerous drug seller in the state. However, the administration was unable to apprehend him because he was represented by a formidable attorney and had a history of successfully dodging legal consequences by using legal loopholes and technicalities.

A confidential informant is said to have provided information regarding Waco and Timothy D. Williams’ narcotics operations to the Mid–Level Investigation Unit of the Shreveport Police Department on July 21, 2009, according to the documents filed in the court. The two individuals were involved in the distribution of significant quantities of cocaine and marijuana out of their residence at the Stone Vista Apartments, which are situated at 541 East Stoner Avenue in Shreveport. The authorities also discovered that Timothy’s brother and sister-in-law, Deon and Angie Williams, and their children were using the relevant apartment as a cover for their drug enterprise while they were living there with their children.

The informant continued to provide the officers with information, telling them that he had observed multiple guns in the apartment as well as the suspects’ vehicle, which was a white Ford Explorer. In order to confirm that Waco and Timothy were engaged in the illegal sale of drugs, the detectives utilised the CI to purchase two separate quantities of cocaine from the pair. Following the second transaction, a surveillance team was dispatched to the flat, and the couple was taken into custody on September 29, 2009. Timothy was detained on the basis of outstanding warrants, and Waco was detained for an open container violation, both of which led to their detention. Waco’s shoes were also found to have crack cocaine inside of them, which led the authorities to conduct a search warrant on the residence.

On a digital scale, the investigators discovered two bags containing significant quantities of powder and crack cocaine. Additionally, they discovered other evidence of drug-related activity. As a result of the discovery, Waco and Timothy were arrested and charged with conspiracy to possess cocaine in an amount greater than 400 grammes as well as possession of cocaine with the intent to distribute. However, due to a number of legal loopholes, Waco was not sentenced to jail time, while Timothy was given a much longer sentence.

Where is Waco Collins Today? 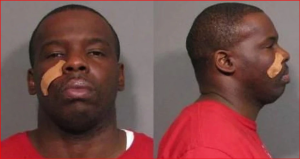 On February 19, 2012, police in Shreveport discovered the bullet-riddled body of Anthony Ray Crain. Subsequent investigation revealed that Crain was the cutter for Waco Collins’ cocaine operations. When one of Waco’s trusted lieutenants, Kevin Lynn Smith, stepped into the police station and reported that Waco was responsible for Anthony’s murder, the police began searching for Waco under the suspicion that he was the person responsible for the crime. After additional questioning, the authorities discovered that he was responsible for several murders that occurred over the course of the preceding few years, including the killing of Shannon Golston in 2009.

Timothy C. “Timbo” Thomas, another of Waco’s accomplices, was located by the investigators, and he confessed to taking part in the murder of Shannon and led the authorities to the murder weapon. Additionally, they spoke with Timothy when he was incarcerated. Timothy had resentment toward Waco and provided the authorities with vital information regarding his narcotics enterprise. The police devised a large clandestine operation to apprehend Waco on the basis of the testimony provided by his current and former employees as well as his business partner. On February 27, 2012, Waco and three of his associates were taken into custody, and Waco has since volunteered to assist the law enforcement officials.

According to the documents filed in the court, Waco disclosed to the investigators his involvement in the drug trade and turned up the cocaine that was left in his possession. He was charged with many counts, including distribution of a controlled dangerous substance, possession of more than 400 grammes of cocaine, and conspiracy to distribute a controlled dangerous substance. He entered a guilty plea to all of the allegations. Although he admitted to being the brains behind the murders of Anthony and Shannon, he denied being the person who pulled the trigger in either of the crimes. He also admitted to being the genius behind the murders of Anthony and Shannon.

Due to the fact that the testimony acquired from Kevin, Timbo, and other individuals was too contradictory to trial him for murder, the prosecution opted to only pursue Waco on counts that were associated with drug use. A statement made by one of the investigators was as follows: “He is the head of a highly violent, hungry, and arrogant group. Over the course of the previous year and a half, we have come to the conclusion that Mr. Collins is the person responsible for smuggling an absurd quantity of cocaine, marijuana, and ecstasy into Caddo Parish. Waco was found guilty of committing various felonies and received a sentence of three life sentences without the possibility of parole or probation for each of those convictions.