A prominent name in the world of business, Viren Merchant is a successful entrepreneur. Currently, he is the non-executive Director of ADF Foods Limited. Besides this, Viren is also the CEO and Vice-chairman of Encore Healthcare Pvt. Ltd. company. 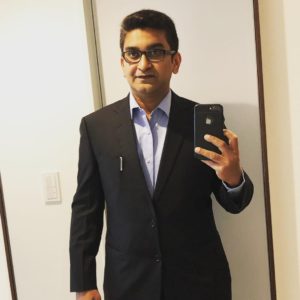 Born 16 January, 1967, Viren belongs to Mumbai, India. The 51-year-old spent his childhood in the city of his birth. He is from a Hindu Gujarat Business class family. Viren’s father is Ajit Kumar Gordhandas and his mother is Indu Gordhandas. He is married to Shaila Merchant. Radhika Merchant and Anjali Merchant are the two daughters of Viren Merchant. If the rumours are to be believed, Radhika has been in a relationship with Anant Ambani, son of Mukesh Ambani.

Some Unknown Facts About Viren Merchant

Viren Merchant’s annual earning is approximately Rs 755 Crores in Indian rupees, as per a report. The well-known businessman owns a bungalow worth Rs 120 Crore in Bandra, Mumbai.