The event that rocked Vatican City on June 22, 1983, when Emanuela disappeared while returning home from a flute class, is detailed in the documentary titled “Vatican Girl: The Disappearance of Emanuela Orlandi,” which can be streamed on Netflix. The show claimed that before Emanuela went to her lesson, she asked her brother Pietro Orlandi to drop her off at the music school on the way to class. Pietro was preoccupied with other things at the time, so he was unable to grant his sister’s request. At the time, he was unaware that he would never see her again. If you are interested in learning more about Pietro’s quest for the truth and his whereabouts at the present time, we can provide you with that information. 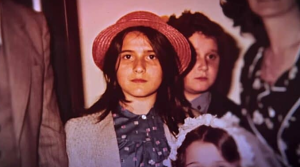 Who Is Pietro Orlandi?

In Vatican City, Pietro Orlandi spent his childhood alongside his four sisters, one of whom was named Emanuela. According to the reports, he led a relatively carefree life as a child. Pietro grew up in a household that was very close to each other, and as a result, he was able to form deep connections with the people he cared about, including his loved ones. The native of Vatican still thinks back on the good times he had with his siblings and mentions how Emanuela was always bubbly and upbeat, despite the fact that nothing could dampen her spirits. In addition, he recalls her as a pleasant young lady who was in love with life and had no enemies when she was 15 years old. As a result, it was difficult to come to terms with Emanuela going missing all of a sudden.

On the morning of June 22, 1983, Emanuela went up to Pietro just before leaving for her flute class and requested him to join her. Pietro agreed. The fact that Pietro had other commitments prevented him from accompanying her to the Tommaso Ludovico Da Victoria School, therefore the young woman, who was only 15 at the time, went there on her own. The young lady made a phone call to her mother as soon as she got home from school to tell her that she had been approached by a sales representative from the cosmetics business Avon about a potential employment opening. Her mother requested that Emanuela return home so that they could discuss the matter further, despite the fact that Emanuela appeared to be rather enthusiastic about the job offer.

Sadly, that was the last time anyone ever heard from Emanuela because she vanished not long after that and was never seen or heard from again. She never made it back home. Pietro, who was there with his family at the time, participated in the search for his sister Emanuela and even went with his parents to the police station to report that Emanuela was missing. Pietro admitted at a later time that he deeply regrets not being there with Emanuela on that particular day because he would have been able to ensure her safety. The Vatican police did a thorough search of the possible locations where Emanuela had been and quickly got to work on their inquiry.

The law enforcement officials also conducted interviews with a number of her friends and acquaintances and went door to door looking for witnesses. The investigators were forced to start from scratch because there was still no trace of the girl who had gone missing. After some time, several hypotheses were formulated, and as the Pope addressed Emanuela’s passing in his own words, people began to believe that the Vatican was involved for covering up the incident. During this time, a man who identified himself as being from the United States contacted Emanuela’s house and insisted that he was the one who had kidnapped her. It was later determined that the man’s name was Marco Accetti.

In order to exert pressure on the government, Marco said that he had kidnapped Emanuela and Mirella Gregori in order to demand the release of Mehmet Ali Agca, the person responsible for the attempt to kill Pope John Paul II. Marco also requested that Mehmet Ali Agca be released. But Agca criticized the kidnapping, and as more time passed, it became clear that Marco’s allegation was not accurate. On the other side, there have also been other ideas, such as the one that claims Emanuela was kidnapped by the gangster Enrico De Pedis, who supposedly exploited her to force the Vatican Banks to refund his money.

Sabrina Minardi, who was dating Enrico at the time, stated that she handed Emanuela over to a man who resembled a priest. Additionally, investigative journalists reportedly found dossiers that detailed the expenses that the Vatican bore on Emanuela and seemed to indicate that she was in a London convent (The Vatican claimed that these documents were fake). It was also asserted that Emanuela had been subjected to sexual abuse in the days leading up to the occurrence, which may have had some bearing on the circumstances surrounding her abduction.

Where Is Pietro Orlandi Today?

Ercole Orlandi, Emanuela’s father, passed away in 2004, and Pietro Orlandi, Emanuela’s brother, took over the investigation and was adamant about discovering the truth about his sister’s abduction. He has always been cooperative with the authorities and is always the first person on the scene whenever the police obtain a viable lead in the case. He is always the first person on the site. In addition, he showed support for Emanuela’s friend when she claimed that the 15-year-old was subjected to sexual abuse in the days leading up to her disappearance. In 2018, he was also present in Rome when the police discovered human remains in a building owned by the Vatican; the remains were later determined to be those of an ancient Roman man.

Pietro, who is currently located in Vatican City and is intent on investigating the situation further, is driven to find out the truth. In the book named “Mia Sorella Emanuela,” which he published in 2012, he shared the specifics of his encounter. Sequestro Orlandi: voglio tutta la verità’ Pietro has devoted his life to uncovering the facts surrounding his sister’s disappearance, despite the fact that it has been rumored that he is happily married to Patrizia Marinucci and is the proud father of three kids.

In addition to this, Pietro does not want anybody else to go through the anguish that he and his family went through, therefore he is now the host of the television show “Scomparsi,” in which he analyzes other incidents of people going missing in Italy. In spite of this, the show mentioned that Pietro still harbors the suspicion that the Vatican is covering up some aspect of Emanuela’s disappearance in some way. 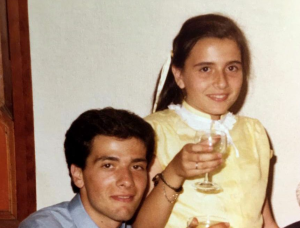 Emanuela Orlandi, a teenager from the Vatican who was last seen on her way home after a flute lesson in Rome on June 22, 1983, went missing under baffling circumstances. She was born on January 14, 1968. Over the course of the years, sightings of Orlandi have been recorded in a variety of locations, including inside Vatican City; however, none of these accounts can be relied upon. The disappearance of Orlandi caused an extraordinary media frenzy in Italy, which culminated in the case getting labeled “Italy’s most famous unsolved mystery.” It also marks one of the rare known disappearances of a Vatican citizen and is considered to be one of the most renowned unsolved mysteries in Italy.

Emanuela Orlandi was the fourth child born to Ercole and Maria Orlandi (née Pezzano), who had a total of five children. Some accounts state that her father worked for the Vatican Bank, while others claim that he served in the papal household. Her father’s occupation was not made public. According to Emanuela’s older brother Pietro Orlandi, the family lived inside Vatican City, and the children were given unrestricted access to the gardens of the Vatican. In any case, this was the situation.

Orlandi was currently in the second year of her high school education at a scientific liceo in Rome. Despite the fact that the academic year had come to a close, she continued to study the flute at the Tommaso Ludovico Da Victoria School, which is affiliated with the Pontifical Institute of Sacred Music. She attended these classes three times each week. In addition to that, she sang in the choir in the church of Sant’Anna dei Palafrenieri, which is located inside the Vatican.

Orlandi took the bus to get to the music school the most of the time. After a couple of stops, she would get off the bus and walk the remaining few hundred meters to her destination.

On the 22nd of June, a Wednesday, Orlandi arrived to class very late. She had requested that Pietro drive her to her lesson, especially considering how hot the day was, but he was unable to do so due to other obligations. Decades later, he reflected on the incident, saying to himself, “I’ve gone over it so many times, telling myself if only I had accompanied her maybe it wouldn’t have occurred.” Emanuela called her parents later that day to let them know why she had been late getting home. She shared the news with one of her sisters, stating that she had been offered a position with Avon Cosmetics through one of their representatives.

Orlandi apparently had a meeting with the Avon representative a short time before her piano lesson, according to some accounts. At the end of the class, Orlandi discussed the job offer he had received with a girlfriend. He had previously abandoned the girlfriend at a bus stop while she was with another woman. Orlandi was reportedly observed for the last time getting into a huge BMW that was dark in color.

Orlandi’s parents made a phone call to the director of the music school at fifteen thirty on the afternoon of Thursday, the 23rd of June. They inquired as to whether or not any of their daughter’s classmates possessed any information. The officers had recommended holding off because “it’s possible the girl is with her buddies right now.” That day, she was formally recognized as a person who had gone missing. In the newspapers Il Tempo, Paese Sera, and Il Messaggero, notices of the disappearance were issued over the course of the subsequent two days. These announcements included the telephone number of the Orlandi house.

Read more: What Happened To Neena Pacholke From WAOW? Sad News As Morning Anchor Passed Away