Bharat Kalicharan, also known as Akku Yadav, was lynched in August of 2004 in Nagpur, India, when hundreds of women gathered in a courtroom there. In spite of the brazen nature of the crime, there was widespread approval for what took place because of the heinous nature of the offences that Akku was suspected of committing. Indian Predator: Murder in a Courtroom, a documentary that can be found on Netflix, investigates the events that led up to the lynching and incorporates interviews with Usha Narayane and Savita Wanjari, two women who have been accused of the murder. Then, shall we investigate them further to learn more about them? 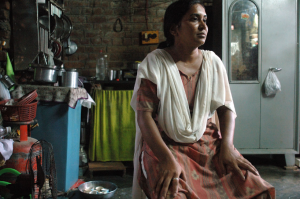 Usha Narayane was born to Madhukar and Alka Narayane. They were residents of Kasturba Nagar in Nagpur, which was a slum area and had limited access to educational opportunities. In spite of this, Madhukar and Alka made certain that all five of her children attended college. When Usha returned to her hometown in India for a visit during a break from her studies toward a hotel management degree, she already had her sights set on a managerial position in Punjab. During that period, Akku was responsible for an attack on her neighbours who lived next door.

In spite of Akku’s warnings not to do so, Usha reported the incident to the authorities. The following day, August 1, 2004, when she was only 25 years old, Akku and forty other men surrounded her house. After that, he made a series of threatening statements, including one in which he indicated he would rape and then kill her. Usha was under the impression that Akku was retaliating against her since she had criticised him. She added that “He raped only poor people who he felt wouldn’t go and tell, or if they did, wouldn’t be listened to.” This was what she meant when she said that “He raped only poor people.” However, he made a serious error of judgement by threatening me. People had the impression that if something happened to me, no woman would ever be safe again.

By that time, Usha had already blocked the entrance to the room and phoned the authorities, but they were unable to arrive in time. After that, she brought out a gas cylinder and threatened to blow everything up and take them with her if they didn’t leave immediately. At this time, Akku and his goons fled the scene, and the residents of the area eventually banded together to oppose him, eventually destroying his home in the process. In the end, Akku turned himself in to the authorities on August 7, 2004, and his bail hearing was scheduled around one week later.

Hundreds of women showed up in the courtroom, and after Akku threatened one of them, all hell broke loose. In the end, the mob, which was mostly made up of women and children, stabbed him over seventy times and cut off his penis. A resident of Kasturba Nagar named Savita Wanjari recalled coming to the courthouse and stated that she was taken into custody the next day. During the show, she stated that she was unable to discuss what had occurred since it was far too graphic.

However, Usha maintained that she was not in the slum at the time of the occurrence, despite the fact that she was also suspected of carrying out the murder. Even though Usha was eventually released on bail, she claims that the police continued to harass her. Concerning Savita, she was one of the five women who were first detained for questioning in connection with the murder; however, they were all set go not long after the arrests in the midst of widespread demonstrations. During that time period, hundreds of other women living in the slum asserted that they had participated in the murder. During the show, Savita mentioned that when she returned home, she was greeted with something akin to a hero’s welcome, and that the people there fed her and the other guests treats.

Usha was convinced that there was no planning involved in the attack. She explained that “it was not a case that any of us sat down and methodically planned what would occur.” It was a manifestation of one’s strong feelings. The women came to the conclusion that they would go to jail if it became necessary, but that the man who had been terrorising them would never return. Since then, Usha has decided to pursue a career in community service rather than one in hotel management. She is the founder of the Kasturba Nagar Community Project and currently serves as its director.

The M. Night Shyamalan Foundation, which collaborated with the Clinton Global Initiative and the National Institute for Women, Children, and Youth Development, provided assistance to Usha. The residents in the community are educated in a wide variety of skill sets through the course of the programme. Some of them include catering, cooking, information technology, milk processing, and garment design. Regarding Savita, it would appear that she is still residing in the Kasturba Nagar area. On the other hand, Savita has kept a low profile, and very little information is available about what she is doing at the present time. In November of 2014, Usha and Savita, along with 19 other people suspected of killing Akku, were found not guilty of the crime.

Read more: Yuzuru Hanyu: Who Is He? Figure Skater& Retirement News Has Shaken His Fans- Here&What We Know