It’s not uncommon for members of famous people’s families to find themselves in the public eye; what’s interesting is that a good number of them have built a career out of it.

Beth, on the other hand, is not constantly in the spotlight, in contrast to her sister, who is a superstar. According to the week’s report, throughout her time in the working world, she held the position of executive director for the Oregon Trial Lawyers Association.

Aside from that, she is also very helpful, and she was highlighted in the news as she performed fantastic job by donating her liver to her buddy Kevin Looper, who required it. In other words, she saved her friend’s life by giving him her liver. 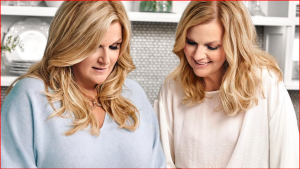 John Bernard is Beth Bernard’s husband, and they have been married for a while now. His day job is writing books and articles.

In addition to that, the couple is parents to a daughter named Ashely Bernard and two sons named Kyle and Brett Bernard. They do, however, make their own decisions and are not in the centre of public attention at this time.

Additionally, if you look through Beth’s Instagram account, you will not find any posts in which she discusses her family, including her husband or her children.

While doing so, Beth often shows her younger sister, Trisha, how much she cares for her through her many expressions of affection. She is a devoted sibling, and on her Instagram profile, she declares that she adores her beautiful sister, Trisha Yearwood, and that she is overjoyed to be with her at all times. Because of this, we can deduce that the sisters share a unique connection.

Trisha, Beth’s sister, is a public personality and has shared many aspects of her life with her audience. Beth, on the other hand, prefers to keep the private life of her partner out of the spotlight.

Patricia Lynn Yearwood is a well-known American singer, actor, author, and television personality. She was born on September 19, 1964 in the United States. Her first single, “She’s in Love with the Boy,” released in 1991, topped the country singles list on the Billboard website, propelling her to the forefront of the music industry. The album’s counterpart, a self-titled debut, would go on to sell more than two million copies. Throughout the early to middle part of the 1990s, Trisha Yearwood continued to have a string of major country hits, some of which include “Walkaway Joe” (1992), “The Song Remembers When” (1993), “XXX’s and OOO’s (An American Girl)” (1994), and “Believe Me Baby (I Lied)”

Yearwood’s single “How Do I Live,” which was released in 1997, was a huge hit all over the world and peaked at number two on the country singles chart in the United States. It was included on her very first compilation, titled A Collection of Hits, which was titled Songbook (1997). The album “In Another’s Eyes” and “Perfect Love” contributed to the album’s success in the United States, where it was awarded a certification for quadruple platinum sales. Over the course of the subsequent few years, Yearwood enjoyed a great deal of commercial success, highlighted by the release of the hit singles “There Goes My Baby” and “I Would’ve Loved You Anyway.” In 2005, she issued her tenth studio record, which was titled Jasper County. It debuted at number one on the Billboard Top Country Albums chart and in the top ten of the Billboard 200. It would go on to become her most successful album in terms of sales in the United States. In 2007, Yearwood got a recording contract with Big Machine Records, and in the same year, she released her critically praised album Heaven, Heartache, and the Power of Love.

Yearwood put her own music career on hold for a number of years in order to concentrate on a variety of other endeavours. She was successful in publishing three cookbooks, all of which made it onto the list of best-selling books in The New York Times. Trisha’s Southern Kitchen, a cooking show that she hosted on the Food Network and for which she was nominated for a Daytime Emmy Award, debuted in the year 2012 under her name. Yearwood has amassed more than 15 million record sales all over the world. Because of her work, she has been nominated for and won a number of awards, including three Grammy Awards, three awards from the Academy of Country Music, and three awards from the Country Music Association. In addition to that, Yearwood has been a member of the Grand Ole Opry since the year 1999. She has been married to the country singer Garth Brooks since 2005, and they have worked together on a number of occasions. She has also released music under her own name.

Who is Trisha Yearwood dating?

Trisha Yearwood has reportedly tied the knot with Garth Brooks, Robert Reynolds, and Christopher Latham, as indicated by our research. Trisha Yearwood is currently not dating anyone as of the month of May 2022.

Yearwood released her fourth studio album, titled Thinkin’ About You, in February of 1995. This album had more adult contemporary sounds than her previous albums. Rolling Stone published a favourable review of the album in which it stated that Thinkin’ About You was comparable to many of the albums that Linda Ronstadt released in the 1970s. Both “You Can Sleep While I Drive” by Melissa Etheridge and “Til I Get It Right” by Tammy Wynette were included on the disc in different versions. The first two songs released by Thinkin’ About You, “XXX’s and OOO’s (An American Girl)” and the title track, both debuted atop the Billboard country chart at number one. After its release at the tail end of 1995, the band’s third song, titled “I Wanna Go Too Far,” made it into the top ten. Thinkin’ About You, much like its predecessors, eventually sold one million copies in the United States and was awarded platinum status by the RIAA for its sales achievements. In the category of Best Country Collaboration with Vocals at the 1995 Grammy Awards, the winner was Trisha Yearwood and Aaron Neville for their duet titled “I Fall to Pieces.” The song is a rendition of a song originally recorded by Patsy Cline in 1961. 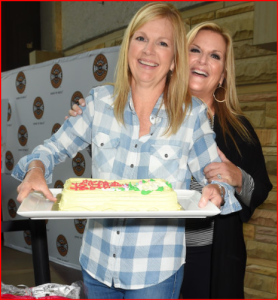 From a very young age, Trisha was drawn to singing and music, listening to performers like Kitty Wells, Hank Williams, and Patsy Cline. She sung in talent shows and musicals when she first started going to school and took part in choir group activities. Trisha completed her education at Young Harris College and then transferred to the University of Georgia. Unhappy there, she made the decision to switch schools and eventually earned a BA in business administration from Belmont University. While still in school, she began working for “MTM Records,” where she had the chance to collaborate with various performers and hone her skills. Trisha’s debut self-titled solo album, which she released in 1991, significantly increased her wealth. Her record received a lot of positive reviews from other musicians in the field.

A year later, she released “Hearts in Armor,” another album that was well-received by both her fans and the reviewers. She got the chance to collaborate with Raul Malo, Emmylou Harris, Don Henley, and others while recording this album. Since then, she has put out several albums, including “Everybody Knows,” “Inside Out,” “Jasper County,” and “The Song Remembers When.” The release of each of these albums significantly increased Trisha Yearwood’s net worth.

In addition, Trisha’s work as an actress on shows like “JAG,” “Trisha’s Southern Kitchen,” and “Dr. Quinn, Medicine Woman” greatly increased her net worth.

In terms of Trisha’s personal life, it can be noted that she has been married three times: first to Chris Latham (from 1988 to 1991), then to Robert Reynolds (from 1994 to 1999), and most recently to Garth Brooks (since 2005). Overall, Trisha Yearwood is a very brilliant and successful woman who has accomplished a lot in her career and is likely to do so again in the future. Let’s hope her admirers can continue to listen to her songs for a very long time. 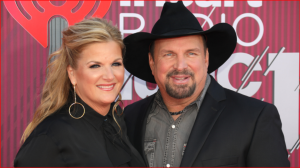 Trisha Yearwood and her present partner Garth Brooks have been together for more than 15 years.

Trisha Yearwood is 54 years old as of right now. The exact height and weight of Trisha Yearwood are unknown. We’ll shortly update the full body dimensions, clothing and shoe sizes.

What is the Net Worth of Trisha Yearwood?

The Net Worth of Trisha Yearwood is $400 million.

What is the Height of Trisha Yearwood?

The height of Trisha Yearwood is 1.73.

Where is the birthplace of Trisha Yearwood?

The birthplace of Trisha Yearwood is Monticello, Georgia, U.S.

What is the Date of Birth of Trisha Yearwood?

The marital status of Trisha Yearwood is: Married. 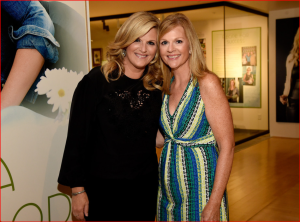 The middle child of five, Beth Nielsen Chapman was born on September 14, 1958, in Harlingen, Texas, to a Catholic family consisting of a nurse mother and an American Air Force Major father. Chapman’s family relocated several times while she was growing up before settling in Alabama in 1969. When Chapman was 11 years old and living in Germany, her mother gave her a Framus guitar as a Father’s Day present, and she promptly began playing it. Along with learning to play the guitar, she also picked up the piano. She listened to a variety of music as a child and teenager, including Hoagy Carmichael, Tony Bennett, James Taylor, and Carole King.

Ernest, one of her children, was also a musician.

American singer-songwriter Beth Nielsen Chapman was born in Harlingen, Texas, on September 14, 1958. She has written hits for artists in both the country and pop music genres.