Trippie Redd and Skye Morales have been together since the beginning of the year 2021. Trippie and Skye are both musicians. Trippie is a rapper, and his girlfriend, Skye, is an R&B singer.

Redd, an American rapper, is one of the most well-known people in the SoundCloud rap scene. The music streaming platform has popular artists like Post Malone, Lil Pump, Juice WRLD, Lil Uzi Vert, and XXXTENTACION.

“Love Scars,” the lead single from the rapper’s first album “A Love Letter to You,” made him famous. His singles “Dark Knight Dummo,” “Taking a Walk,” and “Topanga” all made it to the Billboard Hot 100 list.

Trippie And Skye Are Musician Couple

Trippie Redd and his girlfriend Skye Morales took part in a Christmas toy drive dressed as the Grinch, who doesn’t like Christmas. Since early 2021, the two artists have been together.

Before dating Skye, Redd was seen with another rapper, Coi Leray, in 2019. After dating for a few months, they broke up in a way that was not good.

The rapper even talked about them in a song called “Leray,” which is on his album “A Love Letter to You 4.” Coi thought back on his time with Redd and the song he wrote about her with No Jumper.

Redd has also been linked to several women, including Bhad Bhabie, Tiana Trump, Mulan Vuitton, and Emani 22. But as of 2022, he seems to be in a stable relationship with Skye.

Pictures of the Relationship Between Trippie and Skye

Trippie and his girlfriend Skye have made sure that everyone knows about their relationship on social media. In May of last year, Skye made the couple’s relationship official on Instagram by posting pictures of the two of them together.

The rapper doesn’t hide how much he loves his girlfriend, as shown by his Instagram handle. He posts pictures of the couple on the platform a lot.

In the pictures from their trip to Brazil, Redd and Skye look like they are crazy about each other. The couple took a picture with the statue of Christ the Redeemer in Rio de Janeiro.

Skye told her Valentine everything that was on her mind. She thanked him for loving her in the most honest ways and for being a real man who could handle things on Valentine’s Day.

Skye tells her soul mate and best friend, “You deserve it all, but I plan to annoy you and make you smile for the rest of our lives, so we’ve got time!” She posted pictures of their lovely date on her Instagram account.

As Christmas approaches, the couple has spread happiness and joy in their own special ways. They dressed up as the Grinch and collected toys for kids in both Los Angeles and Canton, Ohio.

“As an artist at my level, giving back is very important. I can change the world, so I will while I’m here!” Trippie wrote in his post about the good things he did for others.

He says it’s just a small step toward a much bigger goal, and it’s just one of many things he’ll do for his fans and family. He wants to love everyone and hopes to be loved in return. 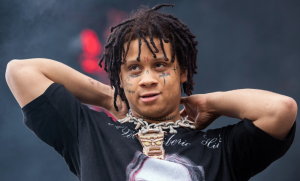 Who is Skye Morales, the girl Trippie Redd is dating?

Skye Morales, who is Trippie Redd’s girlfriend, is an R&B singer who was born and raised in South Bronx, New York. Skye lives in Atlanta right now, where she makes music and does well as an artist.

Skye had been interested in singing ever since she was a child. When she was 13, she went into a studio to record her first song. Her first single, “New One,” came out when she was 19 years old.

Since it came out eight years ago, more than 100,000 people have watched the music video for her single. Some of the singer’s most popular singles are Me, Myself, and You, Feels Right, and Right Away.

Gray Matter Collective used to work with the actress. But she is now signed to the record label 1400 Ent. Her first album, called Skye EP, came out earlier in November. It has 8 songs.

The singer’s social media accounts have gotten a lot of attention. She has more than 350k followers on Instagram, and people know her as Trippie’s girlfriend.

White got started with a professional recording studio with the help of Lil Wop. They started working with Kodie Shane and made three albums: Awakening My Inner Beast, Beast Mode, and Rock the World Trippie. White eventually moved to Los Angeles and signed with Strainge Entertainment, which is now called Elliot Grainge Entertainment.

White’s first mixtape, A Love Letter to You, came out on May 26, 2017. The lead single, “Love Scars,” had more than 8 million views on YouTube and more than 13 million on SoundCloud within a few months.
On XXXTentacion’s album 17, “Fuck Love,” which reached number 28 on the Billboard Hot 100, featured White.

The album’s first week on the Billboard 200 chart put it at number 34. Angels & Demons, an EP that White made with Lil Wop, came out at the end of that month. 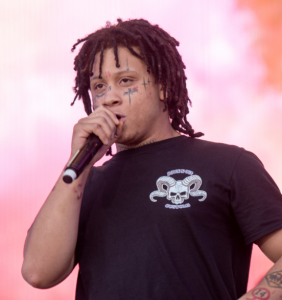 White put out the single “Dark Knight Dummo” with Travis Scott on December 6, 2017.

The song reached number 72 on the Billboard Hot 100, which was White’s first time on the chart as a lead artist.

White put the song “TR666,” which features Swae Lee and was made by Scott Storch, on his SoundCloud account on December 25, 2017.

On November 30, a sneak peek of the song was shown.

Together with Baauer, Kris Wu, Joji, and Rich Brian, White put out “18.”

Michael Lamar White IV was born on June 18, 1999, in Canton, Ohio. He was born into a troubled family. Before Michael was born, his father was sent to prison. His mother had to raise him all by herself because she was the only one who could.

Even though his mother worked hard to make ends meet, that wasn’t enough to keep him off the streets, which were full of bad people. He got into small crimes and selling drugs at a young age.

His mother liked music a lot and listened to a lot of hip-hop artists like Beyoncé and Tupac. Trippie became a musician because his house had a lot of music. Over time, artists like Lil Wayne, KISS, Gucci Mane, and Nirvana became his heroes.
Trippie’s older brother also wanted to make a career out of music. Later, though, he died in a car crash, which was Trippie’s biggest wake-up call. Soon, he became more serious about his music career.

In 2014, when he was 15 years old, he began making music and putting it online. “New Ferrari” and “Sub-Zero” were two of his early songs that were put online. Even though both songs were popular in Ohio clubs, Trippie was not happy with them. He quickly removed them from the internet.

Trippie moved to Atlanta after he graduated from high school. There, he met the rapper Lil Wop, and that was the first big break in his career.

Trippie doesn’t say anything about his family. But when he was starting out, his mother told him what songs to write. His mother likes to listen to music by artists like Ashanti, Beyonce, Nas, and Tupac.

Trippie Redd has not gotten married yet. He had a girlfriend named Skye Morales. 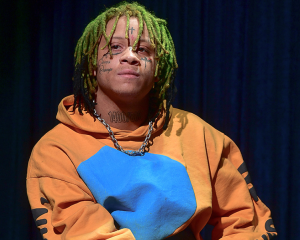 Ayleks was in a relationship with Trippie Redd. After dating for a while, the two broke up. He started dating Coi Leray after they broke up.

The rapper and Leray broke up, and Leray is now single. Not dating anyone.

Trippie Redd was arrested in Cobb County, Georgia, at the end of May for beating up another rapper, FDM Grady. Grady says that when Trippie Redd and the rapper Lil Wop made fun of Grady’s fiancee, Grady briefly pulled his gun and then fought with Trippie Redd.

Four guys, including Wop and Trippie, then attacked Grady. Trippie Redd was taken into custody because he was charged with affray (fighting in public), criminal trespass, and simple violence.

A few weeks later, in early June, he was arrested in Georgia again on an assault charge. This time, he was accused of pistol-whipping a woman.