Tinfoilchef passed away unexpectedly. His sister notified his followers on social media, but the cause of his passing has not been made public.

He had mentioned the escalating pain in his right shoulder and the need to use his broken left arm to aid him with things two weeks prior. He stayed offline after that day, and only when it suddenly became known that he had passed away did many people’s hearts shatter. 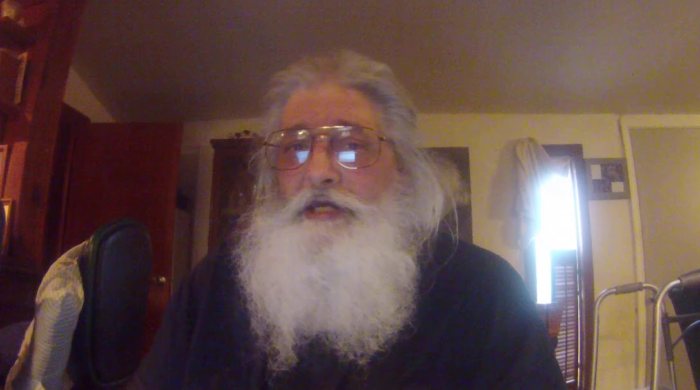 What Happened To TinfoilChef? More About His Death Cause

However, it remains unclear what caused his demise. He claimed in his vlog Weird Arm that a vehicle accident in 1999 had left him with a deformed left arm.

In March 2020, he underwent surgery to amputate a piece of his right leg due to an infection. After that, he moved to his sister’s home in Oklahoma from his prior home close to Batesville, Arkansas.

He also mentioned how challenging it was to get into and out of the wheelchair. The discomfort was made worse by the fact that he had to pull himself from the chair using his arms. He was therefore limited to using his left arm, which is also broken.

However, as a result of having to support greater weight, his left arm had begun to pain so badly that he wanted to scream. He admitted to using painkillers like candy, but he made sure the daily dose was okay to take.

At that time, a lot of individuals prayed for the anguish to end quickly. However, his passing is currently being lamented online. He was cheerful and would smile on camera despite his discomfort, which melted many people’s hearts. As a result, he earned the admiration of many. 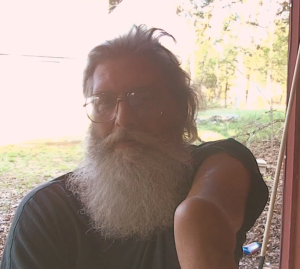 Over a year ago, Tinfoichef posted an apologetic video to his YouTube channel. He described how a blog he posted more than ten years ago hurt and offended several individuals.

He claimed to have written some articles about homosexuality and religion. He claimed that it was a project that he had begun but abandoned. He did not remove the page, though, and some individuals who read it were furious with what he had written.

As a result, it generated debate last year as many condemned him for his viewpoints. However, he expressed regret for his actions. He claimed that even though he had done it more than ten years prior, it had damaged some people, and he felt bad about it.

He honestly apologized and assured everyone that he had deleted the page and that it would never reappear online. He further clarified that he no longer holds the same views as in the past and that he had no desire to injure anyone.

Also read: Frank Cignetti Sr. : Obituary And Death How Did He Die? Former West Virginia Coach Cause of Death? Dies at 84

He was a YouTuber and a member of Hermitcraft. Additionally, he had a second channel under the moniker TinFoilChef. Most of the time, he uploads webcam vlogs in which he discusses whatever is on his mind. 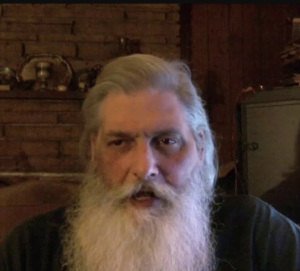 TinfoilChef was a popular American social media personality renowned for his YouTube channel called “TinfoilChef’s Gaming Channel.” He gained recognition for his distinctive Elder Scrolls and Minecraft material, particularly for his well-liked “HermitCraft” series. The parody news programme series WFRT News was also created by Chef. On June 29, 1959, in Los Angeles, California, Tinfoil Chef was born. On August 13, 2022, Tinfoil Chef passed away at the age of 63. More information about Tinfoil Chef can be found below. The Tinfoil Chef’s biography, wiki, age, birthday, family information, extramarital affairs, scandals, caste, height, weight, rumours, little-known facts, and more will be highlighted on this page.

Tinfoilchef, the most adored older YouTuber of the moment, was a well-known Minecraft YouTuber who passed away on Sunday at the age of 63.

He was a well-known YouTube gamer and online entertainment personality. In season two, he joined Hermitcraft and remained a member until his death in 2022.

Was prostate cancer the cause of Tinfoilchef’s death? On August 14, 2022, Tinfoilchef passed away for unknown causes. In a brief post sent via Twitter, his sister Tinfoil Sis announced and confirmed it. He had first noticed the persistent discomfort in his right shoulder and the necessity to use his damaged, deceased arm to assist him with tasks fourteen days ago.

After that day, he was unplugged, and when it was suddenly revealed that he had passed away, many people’s hearts broke. According to some hearsay that has not been substantiated, TinFoilChef was recently diagnosed with Type 2 diabetes. However, neither official sources nor close friends have provided any additional information at this time.

Decoration The age and wealth of Tinfoilchef The oldest living recluse, Tinfoichef, was born on June 29, 1959. When he passed away, he was 63 years old. In March 2020, he underwent surgery to remove a portion of his right leg due to contamination.

All things considered, 40,000 people listened to his recordings. The cost per view in the USA is approximately $.18, thus if we do some estimates, we may determine that he earned roughly $7,200 per video in 2022.

In 2020, he relocated from his previous residence close to Batesville, Arkansas, to his sister’s house in Oklahoma. He had disseminated a video on torture attempts fourteen days earlier. He complained loudly about the severe pain in his right shoulder. Any time his right shoulder felt a little weighted, he would feel an agonising unease.

Was Tinfoilchef’s Death Brought on by Prostate Cancer?

Tinfoilchef went away for an unknown reason on August 14, 2022. His sister Tinfoil Sis confirmed the tragic news in a brief message sent on Twitter. Two weeks prior, he had made note of his right shoulder’s ongoing discomfort and the need to perform tasks with the aid of his broken left arm.

He stopped posting online after that day, and many people’s hearts were devastated when it was suddenly discovered that he had passed away. Unconfirmed reports state that TinFoilChef recently obtained a Type 2 diabetes diagnosis; however, neither official sources nor close friends have yet provided any further details.

Tinfoilchef’s age and net worth Tinfoichef is the oldest hermit still alive; he was born on June 29, 1959. He was 63 years old when he passed away. He had surgery to amputate a portion of his right leg in March 2020 as a result of an infection.

40,000 views per video were once the norm for his videos. Considering that the cost per view in the USA is approximately $.18, estimates show that he will make close to $7,200 per video in 2022.

He also mentioned how difficult it was to enter and exit the wheelchair. When he had to use his arms to get out of the chair, the discomfort grew. He was also only able to use his left arm, which was hurt in an accident in 1999.

We don’t know if Tinfoichef is dating anyone because he never talked to his followers about his personal life. He gained popularity after uploading an apology video to his YouTube account over a year ago. He talked about how a blog post he wrote more than ten years ago offended and hurt a few people. He claimed to have authored writings on both homosexuality and religion.

He said that it was a project that he had started but never finished. However, he left the paper behind, and many who read it were indignant at what he had written. As a result, it sparked discussion last year because many people disagreed with his points of view. He did, however, show regret for his deeds.

Even though he had done it more than ten years earlier, he said that it still hurt some individuals and felt awful about it. He expressed his sincere sorrow and assured everyone that the page had been erased and would never again be accessible online. He went on to declare that he no longer adhered to his earlier beliefs and that he had no desire to harm anyone.

He also mentioned how challenging it was to get into and out of the wheelchair. The distress was increased when he had to lift himself off the seat using his arms. Additionally, he could use his left arm, which was damaged in an accident in 1999.

Has Tinfoilchef ever dated anyone? Tinfoichef never asked his followers about themselves, therefore it’s unclear how they feel about him. He rose to fame after uploading a video with a conciliationist sentiment to his YouTube channel very nearly a year earlier. He talked about how a blog he wrote more than ten years ago upset and offended several people. He claimed to have given out some literature on religion and homosexuality.

He made sure to say it was a project he had started but never finished. However, he left the website open, and some people who saw it were furious with what he had written. As a result, it sparked debate last year because many disputed his viewpoints. In any event, he did express regret for his actions.

He demanded that it hurt a few people and felt bad about it, despite the fact that he had done it more than a decade before. He profusely apologised and gave everyone the assurance that the page had been deleted and could never, not even remotely, reappear online. He continued by saying he no longer adheres to his previous beliefs and doesn’t intend to do harm to anyone.

Read more: Jesse Anderson’s death: How? What Led To His Death?