The fans of “The Last Cowboy” cannot contain their excitement over the fact that the show will be returning to CMT. If you have an interest in cowboy culture, then you will most likely enjoy watching the reality show. The show is based on real-life horse trainers and follows them through a typical day in their careers. The cowboy way of life as well as their work lives serve as the primary focal points of the show.

It is important to note that contrary to popular belief, no cowboys nor cowgirls will be taking part in any reality television series. The reality show hosted by Taylor Sheridan and titled “The Last Cowboy” concentrates on the dangerous sport of horse reining. It demonstrates not only how they compete in the traditional Western sport of horse reining, but also how they prepare for “The Run for a Million.” In this activity, the horses are led through a precise course consisting of loops, spins, and stops by riders who are properly attired. We have collected every piece of information there is to know about “The Last Cowboy.” 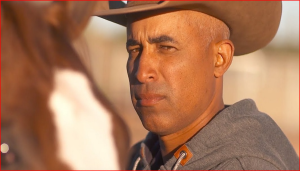 The Last Cowboy has renewed for a new season and fans are ecstatic about it.

A strong cast has already been presented to viewers of The Last Cowboys during the course of the show’s most recent two seasons. On the other hand, every single member of the ensemble is a real-life cowboy or cowgirl who is vying for a position in the high-stakes horse reigning. These are some of the actors who will be appearing in the third season of The Last Cowboys.

When he was a kid, Matt started riding horses and never stopped. As a young rider, he was successful in his riding career, winning multiple titles in competitions held throughout California in a variety of equestrian disciplines, including western pleasure, horsemanship, and trail riding.

In 1996, he made the decision to focus on reining, and just a few years later, he established his own training centre in Scottsdale, Arizona. In addition to mentoring a large number of talented young riders and amateurs, he also trains and exhibits horses in competitions called derbies and futurities.

Matt consistently places among the Top Twenty Professional Riders in the NRHA and has amassed earnings greater than one million dollars during his time competing for the organisation. In most of the major NRHA contests, he competes in, he advances to the final round. His accomplishments include being named the Reserve Champion of the NRHA Intermediate Open Futurity and winning many titles at the National Reining Breeders Classic. He has also received several other distinctions.

Also read: Where Can I Watch Shantaram TV Series? How To Get and Watch Apple TV+?

Tom McCutcheon comes from a long line of equestrian professionals, and he is considered to be one of the best trainers in the reining industry of all time.

His impressive resume includes, to name just a few of his accomplishments, two individual gold medals and a team gold medal from the World Equestrian Games, the title of NRBC Open Derby Champion, victories in a number of major event futurity and derby championships, and the honour of being named the USET Equestrian of the Year.

Cade is regarded as a bright star within the reining community. His grandfather competed in reining and was inducted into the Reining Hall of Fame. He was also the youngest member of Team USA to compete in the World Equestrian Games. In spite of the fact that he is rapidly gaining popularity, he is still a minor and is required to get his parents’ permission before taking part in any events.

Andy McCutcheon is one of just five reining riders to ever earn more than $3 million in the show ring, and he is the most recent to do so. Mandy is Tom’s wife, and she is also Cade’s mother. She is an equine expert and contributes to the management of her family’s ranch, which is home to more than 150 horses. In addition to that, she rides horses for fun. 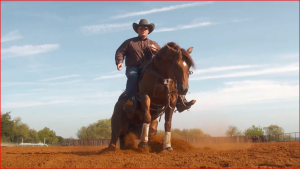 Season 3 of The Last Cowboy has left the viewers impatient for its release.

Where was The Last Cowboy filmed?

On December 28, 2016, The Last Cowboy made its debut at Paramount, where it was greeted with a standing ovation. It was the non-fiction television programme with the most viewers at the time, surpassing 2015’s record.

The television show has been given a green light for a third season, despite the fact that it was first believed that the current season would be its last. In the not too distant future, CMT will begin airing the third season of The Last Cowboy.

In the course of filming “The Last Cowboy,” the crew travelled to Montana seven times over the course of two and a half years. On Friday, November 18, 2022, the third and last episode of Cowboy will be made available to watch online. It will air at 10 o’clock at night. In February of 2022, it is confirmed that the programme is still being broadcast on CMT.

This new season will, like the previous ones, be filled with nonstop action and take place in familiar locations. With such an impressive roster of actors and a high-quality production set, it is sure to provide the audience with a wealth of entertaining content.

Also read: Paulina Nrecaj: Who Was She? Bronx Woman Impaled On Fence in Freaky Accident: Videos, Pictures, And CCTV

What Is The Last Cowboy About?

The Last Cowboy provides insightful and actionable thoughts on the activities that modern cowboys and cowgirls engage in on a daily basis. The activity revolves around horse reining, which is a form of equestrian sport in which a rider on horseback guides their animal through a predetermined course consisting of spins, loops, and stops.

Horse reining is considered to be a part of the cowboy tradition, and individuals who take part in this sport contribute to the preservation of this facet of the country’s rich cultural heritage. The series follows the preparation that these individuals go through in order to compete in reining contests.

Some individuals compare reining, which is a type of Western riding competition, to figure skating or classical riding in the Wild West. Riders are required to guide their mounts through a series of spins, loops, and stops while moving at a loping speed.

The hard equestrian moves that are the foundation of reining were originally performed by working cowboys who were tasked with herding livestock. The objective of the exercise is to guide the horse through the motions of the activity while the animal puts up as little resistance as possible.

How many seasons does The Last Cowboy have?

There are approximately three seasons in all for The Last Cowboy.

Where was The Last Cowboy filmed?

Filming for “The Last Cowboy” took place in Montana.