The fascinating case of Tara Sidarovich was recently covered on a Dateline segment, along with information about her parents, Sharon and Ronald Ord.

When Tara Sidarovich, then 19 years old, vanished from her Punta Gorda, Florida home on October 1, 2001, authorities thought it would be an easy case to solve.

However, the terrible homicide that followed the finding of her remains in July 2002. The murder is described in detail in Investigation Discovery’s “The Night That Didn’t End: Stolen Memories.”

Finally, in July 2002, Punta Gorda police discovered a makeshift grave in the woods off Burnt Store Road. The human skeleton remains inside were subsequently identified as Tara’s. 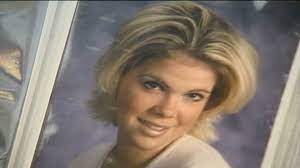 The investigation into Tara Ord Sidorovich’s death and disappearance in 2001, as well as her parents’ present whereabouts, is the focus of Dateline’s “The Knock at the Door” episode.

According to Dateline writer Keith Morrison, Tara’s family, lead by her mother Sharon McPhillips, “extraordinary determination” was what helped resurrect the cold case.

After McMannis and Barr were arrested in 2012, Sharon started the Facebook page Justice for Tara to notify family members and friends about the case and court proceedings.

McPhillips stated that she had to remove one comment for “vulgarity” because it was submitted by an irate reader one month after McMannis and Barr were given life sentences. Dateline airs every Friday at 10 p.m. on NBC.

Because of this, in 2012, the police charged Barr and McMannis with murder after being persuaded by many witness accounts of their involvement in the slaying.

Sidarovich, Tara Sharon and Ronald Ord are the parents: Learn more specifics about her stepfather

Before her strange disappearance, Tara Sidarovich was reared by her parents, Sharon McPhillips, her mother, and Ronald Ord, her stepfather.

Given how much her friends and family cared for her, Tara enjoyed being with them. She worked at the Golden Isle Jewelry store because she wanted to prosper in the future.

Tara’s siblings, Veronica and Paul Ord, were horrified to discover Tara missing when they got off the school bus on October 1, 2001.

Her belongings and car were still inside the house and parked in the driveway, but the child was nowhere to be found. By day’s end, Tara’s relatives had grown quite concerned and had phoned the police.

Using cadaver dogs and search teams, police conducted exhaustive searches for months. The family of Tara offered a reward of $5000 for information leading to her whereabouts.

Authorities questioned Tara Sidarovich’s friends numerous times, but none of them were able to provide an explanation for why someone would want to harm the 19-year-old.

Without any leads, it became increasingly difficult to move forward, and even asking for the public’s assistance did not offer any relief. For many years, little progress was made in the case because it was unsolved.

Detectives reopened the investigation after discovering that Phillip Barr and David Ray McMannis had come to Tara’s home on the day she vanished for plumbing repair.

The authorities lacked proof, despite the fact that they thought both men were involved. Unexpectedly, Michael Artell told authorities in 2007 that Barr was afraid of being connected to Tara’s death.

Michael and Barr rejoined in prison while Barr was completing a different sentence, and their chat made Michael believe that his fellow inmate was guilty of the murder.