Tami Roman is an American actor, model, and businesswoman in addition to being a TV personality. Her participation in the American reality TV show ‘The Real World’ brought her the most attention and made her a household name. Tami is an inspiration to many people who are struggling to make ends meet and have given up on pursuing their aspirations because of those struggles. Tami, who was raised by a mother who was only in her teens when she gave birth to her, had to learn to take care of herself at a young age because her mother had three jobs at once in order to make ends meet. They went through a period of time when they did not have a house and had to sleep outside. When Tami’s mother became acquainted with a man named Ali Akbar, their predicament began to improve. In 1993, when Tami was one of the candidates on the American reality show ‘The Real World: Los Angeles,’ her life underwent a dramatic transformation as a direct result of the experience. Since that time, Tami has established a name for herself in the business thanks to her participation in a number of reality series. Additionally, she and her mother have launched a business venture together. In recent years, she has been seen on various reality television programmes, including ‘Basketball Wives LA,’ ‘Extant,’ and ‘Celebrity Wife Swap,’ among others. 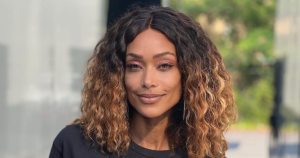 Tami Roman’s birth name was Tamisha Akbar, and she was born on April 17, 1970, in Mount Vernon, United States. Her mother, Nadine Buford, raised her alone. She spent her childhood in White Plains, which is located in New York City. The Puerto Rican man who had abandoned Nadine after she discovered she was pregnant at the age of 15 was Tami’s biological father. Tami was born into a family that was going through a tough financial condition. As a result of her mother having to hold three jobs in order to make ends meet, Tami was forced to spend the most of her formative years at home by herself.
Tami was accountable for taking care of herself at all times. Soon after, Nadine had a romantic relationship with a man whose name was Ali Akbar. He was a kind human being who possessed the financial resources to look after Nadine and Tami.

As a result, things started getting better rather quickly. Tami was first exposed to the Muslim way of life through Ali, who was a devout follower of Islam. Tami was given the very best education that was attainable thanks to his efforts. However, Ali was a very traditionalist man, and this led to tensions within the family. Ali’s inflexibility was a source of contention.
Because Ali had the belief that women should be obedient to males, he and Nadine had many arguments with each other. Shortly thereafter, Nadine filed for divorce, and she and her daughter were once again forced to live on the streets.

The situation became much more dire throughout the course of the subsequent months. The majority of Tami’s time spent in high school was spent living on the streets with her mother. Despite this, it was the catalyst that brought Nadine and Tami closer together, and they were able to provide emotional support for one another as they worked through the challenging time.

Because she lacked the financial means to get a cap and gown, Tami was unable to participate in her graduation ceremony. This was a very unfortunate turn of events. The family was struggling through some difficult times. Thankfully, things began to look up not long after Tami received her diploma and began taking on a variety of odd jobs.

While Tami was a student at ‘Howard University,’ she became a member of the girl band ‘Reality,’ which she joined while she was still in college. In addition to that, she got serious about shaping up her body so that she might become a model. At the age of 22, she participated in an audition for the MTV reality TV series “The Real World: Los Angeles” and was ultimately chosen to participate. She had been seeking for a turning point like this one, and she finally found one.

In 1993, she was chosen to participate in the second season of the popular reality show “The Real World” that was shown on MTV. The structure of the show required that complete strangers live together in the same house while cameras placed throughout the house captured their every action. Tami was one of the contestants who made it to the finals during that season, and she garnered a significant amount of support from fans across the nation.

She was the first competitor to go through with an abortion while the show was being broadcast live. It wasn’t long until she was the talk of the town, and by the time the concert was over, she was on the verge of becoming a national celebrity.

In 1993, she scored her first role on television in an episode of the sitcom ‘Married…with Children,’ in which she played the character of ‘Meg’ for a single segment of the show. She made an appearance on the television show “Silk Stalkings” in the year 1994. The show was a crime drama.

Tami appeared in several spin-offs and other episodes related to “The Real World” throughout the course of the subsequent few years, including shows such as “The Real World Vacations: Behind the Scenes,” “The Real World Reunion,” and “The Real World You Never Saw.” She made her debut on the long-running sitcom ‘The Parkers’ in the year 2000.

In the year 2001, she had guest appearances on the hit shows ’20/20′ and ‘Card Sharks.’ Both her appearances on “The Steve Harvey Show” and in the television movie “Sacred is the Flesh” took place in the same calendar year. She proceeded to make frequent appearances as a guest on shows like “The Drew Carey Show,” “One on One,” and “Sabrina the Teenage Witch.”

Her first starring role was in the comedy film “Hair Show,” which she debuted in the year 2004. The movie was a huge failure both critically and commercially at the box office. After that, she had cameo cameos on JAG and Half & Half, each lasting the entirety of a single episode. She had a cameo appearance in the independent film ‘The Last Stand’ in the year 2006, which was her first time back on the big screen since 2002.

The year 2008 saw the beginning of her most significant part to date on television, which was cast in the supernatural drama series “Moonlight.” She appeared in eight episodes of the series as the character ‘Maureen Williams’ until the character was taken out of the picture by a vampire.

She participated in a reality TV show called “Basketball Wives” for a total of four seasons between the years 2010 and 2013. An statement made in 2013 said that one of the cast members of the next science-fiction television series “Extant,” which will be produced by Steven Spielberg, will be Tami. She had a somewhat unimportant part in the series.

After that, she made an appearance on a reality TV show called “Marriage Boot Camp: Reality Stars,” which featured married couples who were attempting to salvage their marriage. In addition to that, she appeared in the reality television show “Celebrity Wife Swap.” Over the course of the subsequent few years, she made appearances on an increasing number of reality shows, including ‘Wild ‘n Out’ and ‘Basketball Wives LA.’ In addition, she was a guest star in an episode of the television series “Tales.”

Tami is also the proud proprietor of her very own interior decorating company, which she runs in collaboration with her mother. Her mother is in charge of the company’s finances as well as the majority of its other operations.

Tami is also well-known for the inspirational talks she gives to people who come from less fortunate backgrounds in society. Tami is putting the finishing touches on her autobiographical novel as well as a few screenplays at the moment. 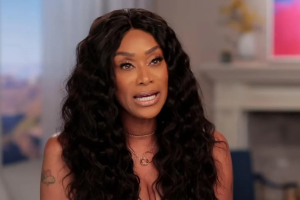 In the early 1990s, Tami Roman became romantically involved with Kenny Anderson, a former star in the National Basketball Association. 1994 was the year when the pair tied the knot. They were married for seven years but ended up divorcing after having two children together during that time.
Since the year 2014, Tami has been involved in an intimate relationship with Reggie Youngblood.

Tami is a practising Muslim who endeavours to live her life in accordance with the precepts of Islam. This is primarily attributable to the influence of her late stepfather, Ali Akbar, whom she held in extremely high esteem.

Who is Kaivalya Vohra? Meet the youngest richest Indian with 1000 Cr.