In August 2020, Stephen Pagliuca and his wife Judy gave Harvard University the “Pagliuca Life Lab,” a research facility. The two work together on a number of philanthropic projects.

Basically, Steve, her husband, is a Certified Public Accountant, a Harvard Business School MBA graduate from 1982, and a Duke University BA graduate. He is co-chairman of one of the premier global private investment businesses, Boston-based Bain Capital.

In his capacity as the Boston Celtics’ managing partner, co-owner, and chairman, Steve also occupies a significant position in the development of basketball operations and strategy.

The 67-year-old is associated with the Boston Celtics Shamrock Foundation and holds various other nonprofit leadership positions.

He is additionally interested in politics and follows the “big tent” philosophy, which aims to bring diverse public perspectives together. 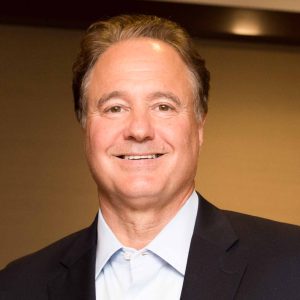 The Pagliuca Life Lab at Harvard University was established by Stephen Pagliuca’s wife, Judy, who also served as a Special Advisor to Bio Innovations, a middle-stage biotech investment firm.

As a portfolio manager at Fidelity Management, where she formed the research group on foreign bonds and currencies and oversaw $2 billion in assets, she began her career in business.

Judy, a Chicago native, earned a bachelor’s degree in mechanical engineering from the University of Illinois and a master’s degree in business administration from Harvard Business School.

Judy Is The Founder Of Step Up Your Game

Steve’s wife participates in a number of nonprofit initiatives that promote education and youth.

She is the brainchild of Step Up Your Game, an initiative with the Boston Celtics that strives to improve the academic trajectory of the least successful students in the Boston Metro Public Schools.

She also serves on the executive committee of the prestigious Ben Franklin Institute of Technology, which was established by Ben Franklin to aid area high school students in acquiring the knowledge and abilities required for successful careers in technology.

Judy served as a trustee emeritus of the Meadowbrook School in Weston and was a former trustee of Mass Development, a former director of the Mass Turnpike, and a former chair of the Duke University Trinity Board of Advisors.

Stephen And His Wife Founded The Pagliuca Harvard Life Lab

The website claims that the success of The Pagliuca Harvard Life Lab was made possible by Judy and Stephen Pagliuca’s support and generosity.

The phrase “The Pagliuca Harvard Life Lab” was also chosen in honour of Judy M. Pagliuca and Stephen G. Pagliuca, who received their MBAs in 1983 and 1982, respectively.

Judy and Steve routinely provide a hand at HBS, serving as co-chairs of each MBA class reunion campaign.

They currently serve as the HBS Campaign Vice Chairs and have served three terms on the HBS Board of Dean’s Advisors. Steve has also served on the Health Care Initiative Advisory Board since 2006.

Given their capacity to treat complex medical concerns, Steve expressed his confidence that the development of the life sciences is essential to the region’s economic future and to all of our futures in his 2016 remarks on the contribution.

Stephen and Judy are the parents of three sons, Joseph (Joe), Nick, and Jesse, as well as Stephanie, making a total of four grown children.

Nick seems to be the youngest child of the pair, with Joseph appearing to be their oldest.

The athletic profiles of the brothers Nick and Joe show a ten-year age difference. Nick was born in Newton, Massachusetts, on June 15, 1994, while Joe was born on November 19, 1984.

On the other hand, it is unknown with certainty when Jesse and Stephanie were born.

Joe, a three-year letterwinner at Belmont Hill School, averaged 17.0 points per game as a senior and guided the team to the quarterfinals of the state tournament.

Similarly, Joe received a baseball letter for a single season and was selected to the league all-star team in 2003.

In addition, he appeared in four games (2003–2004) for nine minutes total, including one minute in a win against Alabama State in the NCAA Tournament on March 18 and three minutes against Valparaiso on February 26.

Joseph played the final four minutes of Duke’s victory over Seton Hall in the second round of the NIT Season Tipoff on November 16, after missing the majority of the 2005–06 season due to a herniated disc in his lower back.

He was given the Dr. Deryl Hart Award as the Blue Devils’ best student-athlete at the 2006 team dinner.

Nick, a four-year letterwinner, started his athletic career at Milton Academy, where he averaged 20.3 points and 8.5 rebounds per game while helping the institution capture its first Independent School League championship in his senior year.

In 2012, he played in three games and contributed one point to a win over Elon on December 31. He also had an average of 0.7 rebounds and 0.3 points.

A career-high 11 appearances, with an average of 0.3 points and 0.4 rebounds, were also made by Nick. He took part in two NCAA Tournament games, including the team’s triumph over Michigan State in the national semifinals, in which he played for one minute.

Nick, who played in 29 games throughout the course of his career, also succeeded in the classroom while a student at Duke, earning honours from the NABC Honors Court in 2016.

Also Read: Barbara Ehrenreich Dies at 81: What Was Her Cause of Death? What Happened With Popular Journalist?

What Is The Age Gap Between Stephen And Judy?

The couple, Stephen and Judy, are in their 60s. The co-owner of The Celtics was born on January 16, 1955, in Brooklyn, New York, in the United States. He is currently 67 years old.

Judy also appears to be between the ages of 55 and 60 based just on appearance. But based just on her photographs, I have only a guess.

She holds a bachelor’s degree in mechanical engineering from the University of Illinois, despite being a Chicago native. 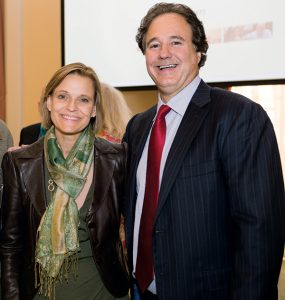 Is The Celtics Minority Owners’ Wife Involved In An Affiar?

Not only was his relationship with a female staff member consensual; Fadeaway World also reported on the rumours that Udoka might be seeing the wife of a Celtics minority owner.

The identities of the minority owners of the Celtics and their wives have come up in a number of rumours that have also appeared as a result of this internet story.

However, there is no verified information on Judy, Stephen’s wife, taking part in this dispute. Given the status of her husband, it’s possible that the name was just a rumour.

Everyone is seeking an explanation for what happened, and Ime Udoka’s situation has captured their attention. The general public is aware of the adultery and suspension of the head coach, but more details are yet expected.

Steve serves as co-chair of Bain Capital, a renowned global private investment firm that oversees assets worth over $160 billion.

Pagliuca has held important positions at renowned technology, media, telecommunications, and financial services companies where Bain Capital Private Equity has invested since joining the company in 1989.

Pagliuca, the managing general partner and co-owner of the Boston Celtics, takes part in a number of charitable and philanthropic activities.

In addition, he is president of the Boston Celtics Shamrock Foundation and heads the Massachusetts Society for the Prevention of Cruelty to Children (MSPCC). He also sits on the board of the Bain Capital Children’s Charity.

Pagliuca also sits on the Harvard Business School Board of Dean’s Advisors and is a trustee at Duke University.

According to Province Journal, a co-chairman of Bain Capital and a co-owner of the Boston Celtics bought a $8.2 million getaway home in Narragansett in 2018.

Pagliuca said that his family went to Narragansett five years ago, and they had such a good time there that they decided to go again in 2017. To accomplish this, they rented a home off of Thule Cove Road. Thankfully, the identical house was up for sale in 2018.

According to the tax assessor’s office and the firm representing the seller, it is the most expensive single-family home transaction ever registered in Narragansett.

In addition, shortly after it was formally acquired in 2018, the Pagliucas family spent Labor Day weekend there.

The home has five bedrooms and is 5,202 square feet above grade in size, according to information from the Narragansett tax assessor’s office. In marketing brochures, a below-ground pool with sweeping views of the lake is shown.

After about 20 Back Bay residents debated the advantages and disadvantages of a rich family’s request to build a garage on each of their two homes on historic Marlborough Street, the couple was finally given permission.

The couple, who lives in Weston, purchased the Back Bay homes in 2015.

Who is Zsófia Perge?

What Is The Net Worth Of Ádám Borics?

The net worth of the MMA fighter Ádám Borics is expected to be around $1 million.
Read More: Who Is Carl Azuz Wife? Find Out If The Journalist Is Married Or Not