A Nepali Youtuber, Blogger and Gamer, Soneeta is very famous for uploading the video of Garena Free Fire on her Youtube channel. She has garnered over 4.05m subscribers and 31m views till date. Soneeta Thapa has uploaded 650 plus videos on her YouTube channel. On 2nd May, 2017, Sooneeta created her channel and the first gameplay video that she uploaded was on 11th September, 2018. One of her videos titled ‘Ajjubhai Prapose Me’ has got 4.8m views. Her second YouTube channel named ‘Sooneeta Gaming’, has 175k plus subscribers. He has partnered with many Youtubers till date, which include Ajju Bhai, Amitbhai, TE-Jonty, Munna Bhai Gaming, Pahadi Gaming, AS Gaming, among others. She has been sharing many pictures on her instagram account related to her life events, images and funny videos. Soneeta has over 575k followers and the 25-year-old is honored as one of the first Nepali female gamers hosting so many followers. Sooneeta is a great inspiration for female gamers. She also performs live in the Hindi language. 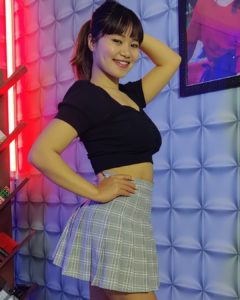 Born and brought up in Nepal, Soneeta got her primary education at Adarsh Higher Secondary School. She went to a university in Nepal to obtain a bachelor’s degree. The institute is named Tribhuvan University in Kirtipur. She participated in the Miss Teen Plus 2 fashion show after completing her education. Soneeta ultimately had to withdraw from the show after being unable to withstand the competition.

After starting her YouTube channel, Sunita was not getting enough subscribers. She started spending more time to get more success. However, she didn’t make a handsome amount from it despite the efforts. But, her persistence was the reason that ultimately made her one of the biggest contributors to the Free Fire community.

Soneeta garnered 50k subscribers after uploading 150+ videos in 12 months. Her success ratio is higher than other players from Nepal. She is not only successful in Nepal, but all across the world. After 4 years of hard work, she has established herself as a famous YouTuber.

Sooneeta Thapa Magar has a Net Worth (approx.) of INR 30-50 Lakhs. Her main source of income is through Youtube promotions. Her salary is INR 2-3 Lakhs/Month.