The death of a promising musician, Sheil Sagar, has been verified by India’s main news portals, and music fans are in disbelief at the huge loss.

What a difficult period for Indian music! When a legend like KK passes away, leaving behind his incredible creations as a gift to the world, another young musician who looked up to him, Sheil Sagar, died.

Three incredibly gifted musicians died in the span of two days, all of them at a relatively young age. 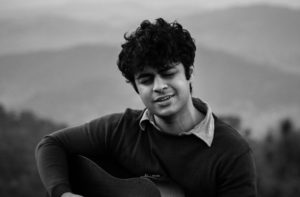 What Was the Cause of Sheil Sagar’s Death?

According to Rollingstone India, Sheil Sagar died on June 1, 2022, of an unknown reason. Twitter is flooded with tributes to the young performer as well as expressions of grief to his friends and family.

While everyone is discussing his unexpected death, no one has revealed what may have caused it. His close friends and family have yet to speak out about the news, but it has already been confirmed by major news outlets.

Ama Malik, a singer and songwriter, tweets Sheil, a neighbor’s nephew, to report his death at the age of 22, calling it a “huge sorrow.” Similarly, Kajal Sinha, a fan, wishes the young musician to rest in peace.

We hope the young star is doing better now, despite hundreds of other messages and heartfelt tweets. He lived a brief life, but it was one that was full of significance and influence. This aspiring artist will be sorely missed.

This is such an exciting time for artists since their talent is no longer defined by who provides them the opportunity to show it off to the rest of the world. All you need is a phone and access to the internet.

Sheil Sagar, a young vocalist who rose to prominence in the independent music industry last year, took advantage of the occasion. He published a song called ‘If I Tried,’ which earned him much-deserved affection and admiration from music fans.

On Spotify alone, his debut song has 40,000 streams. Although the song was not particularly popular on YouTube, it did receive attention on other sites. As word of the singer’s death spreads throughout the Internet, the comment area is flooded with ‘RIPs’ and ‘We shall Miss You.’

He released three more tracks that year: “Before It Goes,” “Still,” and “Mr. Mobile Man- Live.” The third song was filmed and recorded live at Gurugram’s Piano Man Jazz Club during a soundcheck.

Sagar was a multi-instrumentalist who played the piano, guitar, and saxophone. This guy had so many arrows in his quiver that he could have smashed the mainstream, but sadly, we lost him pretty quickly. 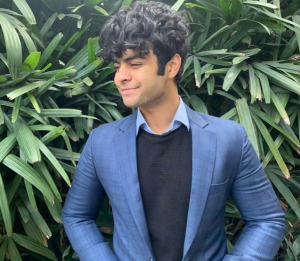 Sheil Sagar was a musician and vocalist from India who played multiple instruments. His lovely acoustic presentation single “In the event that I Tried,” which has been played over 40,000 times on Spotify alone, was largely responsible for his meteoric rise to prominence in the independent music sector in India last year.

The year 2021 saw the release of three further songs from the artist: “Before It Goes,” “Still,” and “Mr. Mobile Man-Live.” The second possibility was documented live and on film during a sound check at The Piano Man Jazz Club in Gurugram.

Permit us to investigate Sheil Sagar and look into his death in addition to Wikipedia.

Fans and followers of Sagar, who passed away at a relatively young age, are interested in learning more about the singer’s life and passing, despite the fact that information on the singer’s true cause of death has not yet reached the forefront.

In addition, there was not a single incident of Sagar falling unwell or getting incapacitated as a direct result of staying up late accessing the web. His loss has shocked the Indian music business, as it marks the third tragedy to befall the organisation in recent years. Recently, another well-known artist by the name of KK left this world due to heart failure. Prior to that, another singer by the name of Sidhu Moosewala was murdered by gunfire.

As news of Sheil’s passing spread throughout the internet, his devoted followers and admirers immediately began paying tribute to the left soul through their own online entertainment profiles.

A Twitter user titled their post “A Terrible Week for Music in India” after hearing the tragic news that Sheil Sagar, a singer and songwriter who is only 22 years old, had passed away. Relax, Sheil

Another musician, Sheil Sagar, who was only 22 years old and hailing from Delhi, passed away just a couple or three hours earlier. Why does the Almighty choose to leave behind those for whom their presence is no longer required?

Sheil Sagar Researched on Wikipedia and My Career Path Sheil Sagar was an up-and-coming Indian singer who was originally from the city of Delhi, which is the capital of India. Because of his relatively recent rise to prominence and renown, he does not yet have a Wikipedia profile that includes his wiki and bio.

In any event, we make sure our readers and viewers are aware of everything they need to know about Sagar in this post by taking care of it all. Additionally, he is covered by a number of sites.

Sheil launched his career with the release of his debut single, “On the Off Chance That I Tried,” which has received more than 40,000 streams on Spotify by itself. He was a lone worker who established his reputation with the profound and engaging acoustic tunes he created.

The musician essentially followed up his presentation song with three other singles in the year 2021. These singles were titled “Preceding It Goes,” “Still,” and “Mr. Mobiel Man-Live.” The final choice was captured live at The Piano Man Jazz Club in Gurugram, India, during a sound check before the show.

Also read: Queen Elizabeth II: Death And Obituary What Happened To Her? Check Death Reason HOw Old She Was?