Sheikh Zayed bin Sultan Al Nahyan ruled Abu Dhabi for over 3 decades. He was the chief architect behind the formation of the United Arab Emirates. He was the first President of the United seven Emirates and held the position for 33 years. He established the Abu Dhabi Investment Authority in 1976 that became the world’s third-largest sovereign investment fund. Sheikh Zayed is popularly known as the Father of the Nation. 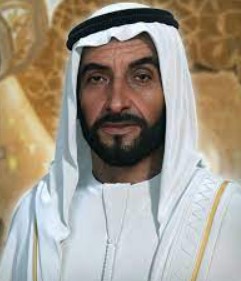 He was the youngest son of Sheikh Sultan bin Khalifa Al Nahyan. One of his three brothers, Sheikh Shakhbut bin Sultan Al Nahyan ruled Abu Dhabi after their uncle, Saqr bin Zayed Al Nahyan. Zayed grew up in Al-Ain, a place without modern schools. He received basic education of Islam, living in the desert with Bedouin tribesmen. He learnt the ability to survive under the harsh climatic conditions.

Zayed was appointed the governor of the Eastern Region of Abu Dhabi in 1946. The place was vulnerable to outbreaks of disease. He helped the parties from Petroleum Development in their search for oil in the area. In 1952, a small Saudi Arabian force occupied the village of Hamasa in the Buraimi Oasis. He opposed Saudi’s territorial claims and rejected the bribe, allowing Aramco to explore oil in the region.

He, alongside his brother Hazza, attended the Buraimi arbitration tribunal in September 1955 to give evidence to the members. The tribunal was abandoned due to the allegations of Saudi bribery and Britishers occupied the Buraimi Oasis. Zayed helped develop the region and batted for restoration of the falaj system, a network of water channels.

The discovery of oil in 1958, and the start of oil exports in 1962, frustrated the ruling family members about the lack of progress under Sheikh Shakhbut’s rule. In 1966, Shakhbut was replaced by Zayed. Later, Zayed hired Katsuhiko Takahashi to design and plan the city.

In 1968, a seminal meeting took place on the desert highland between Dubai and Abu Dhab border. Sheikh Zayed and Sheikh Rashid bin Saeed Al Maktoum of Dubai agreed on the principle of founding a Federation and attempting to invite other trucial rulers.

In 1974, the border dispute with Saudi Arabia was solved by Zayed. He died in November 2004, at the age of 86 and was buried in the courtyard of the new Sheikh Zayed Mosque in Abu Dhabi.