Is Shanna Gardner a suspect in the murder of Jared Bridegan? Update on Microsoft’s Ex-Wife

After leaving his twin children off at his ex-wife Shanna Gardner’s house, Jared Bridegan was shot and killed on his way home. The offender is still on the loose, and the police have given $55,000 for information leading to his capture.

Bridegan is survived by his four children and Kristen Bridegan, his current wife. When he was killed, his two-and-a-half-year-old daughter was in the car, and his wife was at home with their seven-month-old newborn daughter. 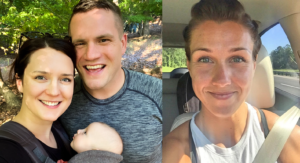 Shanna Gardner: Who Is She? Ex-Wife of Jared Bridegan

Shanna Gardner is the ex-wife of deceased Microsoft executive Jared Bridegan, who was assassinated on February 16, 2022, while coming home after dropping his twin children off at Shanna’s residence.

Gardner has been in the headlines when she and her current husband, Mario Fernandez, hired Henry Coxe, a high-powered criminal defense attorney. According to Henry, he was employed to safeguard the young twins from any negative press resulting from the occurrence.

Sterling and Shelli Gardner, co-founders of the paper craft goods firm Stampin’ Up!, have a daughter named Shanna. She grew up in Alpine, Utah, in a Mormon neighborhood. The Gardners’ family fortune is believed to be worth over $100 million.

Shanna and Jared met for the first time in 2009 while she was visiting a friend in Jacksonville, Florida. In 2010, the two fell at love and married in Utah’s gorgeous Salt Lake City temple. Shanna has twins, a son named Liam and a girl named Abby.

Is Shanna Gardner a suspect in the murder of a Microsoft executive?

Shanna Gardner is a person of interest in the assassination of her ex-husband, Microsoft executive Jared Bridegan. Jared was returning from Shanna’s residence when the event occurred. He was 33 years old at the time.

The ex-couple had a traumatic divorce after a rocky relationship. Shanna was apparently cheating on Jared with her gym coach, Mario Fernandez, with whom Shanna married after the divorce.

Gardner filed for divorce after five years of marriage in February 2015. Gardner-Fernandez wanted primary custody of the twins and exclusive possession of the $800,000 property in Ponte Vedra Beach, Florida, after the divorce.

After her divorce from her ex-husband, Jared Bridegan, Shanna Gardner married Mario Fernandez. He’s Shanna’s gym coach and the man with whom she allegedly had an affair behind Jared’s back.

Shanna’s two children from her previous marriage to Jared presently live with them at their house. The Microsoft executive was reportedly slain on his way back from Shanna’s residency after leaving the twins off with his ex-wife.

Jared was driving back to his car with his two-and-a-half-year-old daughter when he came upon a flat tire on the road. Someone shot him as he stepped out of the car to examine the tire, and he died instantly in front of his young daughter. The assailant is still on the loose, and a reward of $55,000 is being offered for information leading to the murderer’s whereabouts.

Ethnicity & Relationship In James Martinez’s Love Victory – Is He Dating A Girlfriend Or Is He Gay?

Amarildo da Costa de Oliveira: Who Is He? A suspect in the murder of Dom Phillips has been apprehended.

Recalling the accident with Elizabeth Pickavance | What Happened To DJ Tom Zanetti Girlfriend?