An experienced police officer in Green Bay, Wisconsin, was charged with the murder of his estranged wife, who passed away in February 1998. But the subsequent investigation wasn’t that simple. The subject of “48 Hours: A Question of Murder” on CBS News is Sandra Maloney’s death and the reasons why John Maloney was held accountable by the police. So, if you’re also interested in learning more, we can help. 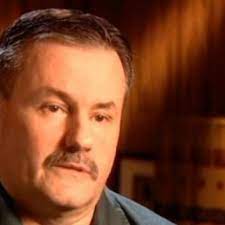 John Maloney: Who is he?

When Sandra Cator and John Maloney attended the same high school in the 1970s, they became friends. Sandra worked as a secretary while John obtained a degree in criminal justice before they were wed in 1978. He then joined the Green Bay Police Department and worked there for approximately two decades. John eventually rose to the position of detective and arsonist. Matt, Aaron, and Sean were the trio of sons the couple had. The marriage originally appeared to be going well, but soon things started to go south.

Because of her ongoing neck pain in the 1990s, Sandra developed a prescription drug addiction. As a result, the couple began to argue frequently, and she accused John of abusing her physically. Later, John denied it, and after Sandra’s 1997 DUI automobile accident, John decided to file for divorce. John took the kids with him as he left the family home. But catastrophe struck on February 11, 1998. The burned body of the 40-year-old was discovered on the couch in the main room by Sandra’s mother, Lola Cator.

Sandra and the couch had burned after catching fire. The cause of Sandra’s death at the time was listed as a combination of blunt force trauma to the back of her skull, strangling, and suffocation. The medical examiner at the time claimed that Sandra was murdered. The initial inquiry suggested that the fire was accidental, but the authorities ultimately concluded that it had been deliberately started. John was hence the main suspect. Lola claimed that because the divorce was taking too long, he despised Sandra and wanted her gone.

More Information About Him

Lola believed that John wanted to begin a new life as quickly as possible because he was seeing Tracy Hellenbrand, an IRS agent, at the time. However, John and Sandra’s two youngest children claimed he was present when Sandra was allegedly murdered. Coincidentally, their last divorce hearing took place on February 11. According to the prosecution, John visited Sandra on February 10 to ensure she would appear in court. They asserted that John struck her with a blunt instrument in the back of her skull during an altercation, though.

Sandra attempted to hang herself, according to Sheila Berry, who later took up John’s case. She cleaned up the blood and herself before heading upstairs, but she managed to wound herself in the back of her skull. Sheila thought that the fire had started because Sandra had passed out while smoking there. Blood traces were visible in the basement using luminol, and there were also suicide notes in the trash. The jury, however, was never shown that proof.

Where is John Maloney Now?

There also appeared to be additional problems with the case. An expert for John’s defense later testified that the burn pattern in front of the couch was formed by melting foam from the cushions, not vodka, despite the prosecution’s inference that vodka may have been used to start the fire. The defense at John’s trial blamed Tracy, but John always insisted he was innocent. John was nonetheless judged accountable for first-degree intentional homicide, burning, and mutilating a corpse.

He was condemned to life in prison with a 25-year parole potential in April 1999, when he was 42 years old. In addition, John was given concurrent terms of 10 years for dismembering a corpse and 4 years for setting a fire. He persisted in his fight for justice in the years following his incarceration, charging the prosecution with utilizing fabricated evidence to convict him. John is still detained at the Dodge Correctional Facility in Waupun, Wisconsin. In February 2024, John will be eligible for parole.

In 1978, Sandra was hitched to Detective John Maloney of the Green Bay Police. Sandra said to her doctor that this was an abusive relationship in which she experienced both physical and emotional abuse.

In May or June of 1997, she and John Maloney divorced. When she passed away, they had not yet finalized their divorce. In addition, Sandra and John Maloney were engaged in a custody dispute over their three sons, who are now 12, 9, and 8, and she had already conceded the conflict.

Sandra, who was raised by an alcoholic police officer, started seeing a local psychiatrist in 1992. The physician recommended the extremely addictive medicine Klonopin after diagnosing panic disorder and generalized anxiety disorder (Benzodiazepine).

Sandra started regularly abusing her prescription after a year. Usually, she would take the full amount of pills advised, then ask for more by saying she lost the medicine, put it in her pocket and cleaned it, etc. To address their migraine headaches, Sandra drove all three of her kids 150 miles to a physician, who prescribed the habit-forming barbituate Fioricet, which Sandra later took.

By the next year, the only way the Maloney kids could get Fioricet was to go to their neighborhood pharmacy and take it in front of the pharmacist. When they were outdoors, Sandra made her kids spit out the pills so that she could take them herself after giving them the instruction not to consume them.

Sandra got into multiple altercations with her neighbors, including one where she got into a fight with another woman while watching a young athlete. Sandra started drinking while her husband and mother pushed her to quit using drugs. But rather than replacing prescription medications, this was a supplement to them. Her best friend assisted Sandra in obtaining the drugs and alcohol on which she had grown dependant because they both had similar habits.

Following a car collision that was brought on by her drunk driving in 1996 and again in 1997, Sandra underwent inpatient psychiatric and alcohol/drug misuse treatment. But she refused to take part in the outpatient therapy. Sandra started smoking cigarettes after John departed in May 1997 and filed for divorce, which caused her to fall deeper into addiction and depression.

By the end of that year, Sandra was only permitted to have supervised visitation with the kids because they were living with John and his new partner, Tracy Hellenbrand. She was involved in yet another car accident, but she neglected to appear in court, so a warrant was issued. Her weight dropped to 97 pounds. Sandra’s mother claimed that by the second week of February 1998, she anticipated Sandra would drink herself to death before the week was out. 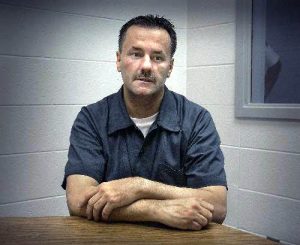 The structure had a number of ashtrays, several of which were stuffed with cigarette butts. It was discovered that several cigarettes had been left smoking and had either burned down or self-extinguished on tables, counters, and a phone book. On the living room floor, near the coffee table, to the East of the sofa, there were two burned paper matches that could be seen.

A reckless routine of cigarette smoking by the resident is suggested by evidence found in the residence, such as several ashtrays with cigarette butts, burned and abandoned matches on the carpet in the living room, and self-extinguished cigarettes on furniture throughout the house.

Dr. John Teggatz of the Milwaukee Medical Examiner’s office conducted the autopsy. Only a cursory description of the incident—that the victim was discovered dead in a burned-out home—is made of Sandra’s past in the autopsy report. There is no proof that the results of his study took Sandra’s social, medical, mental health, or smoking history into account. This is not an approved forensic procedure. Dr. Teggatz came to the conclusion that Sandra’s death was “probably manual strangulation” after spotting signs of strangling (Sandra’s neck was too charred to distinguish between ligature and manual strangulation).

He is the Brown County Medical Examiner, analyzed this ambiguous finding and added his own creative but unsupported and untrustworthy explanations to it. Dr. Schmunk declared Sandra’s death to be a homicide despite the lack of a thorough forensic investigation and disregard for the physical evidence. Dr. Schmunk asserted that the examination revealed no alternative cause of death save strangling or suffocation at the hands of another.