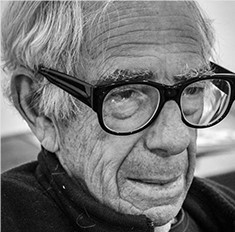 Sam Adams, a literary and entertainment agent for top hollywood talent who represented writers and actors such as Margaret Atwood, Peter Bogdanovich, John Badham, and Stephen J. Cannell, died on Saturday in Santa Fe, New Mexico, according to his daughter Olivia Adams. He was 94 years old.

Atwood’s 1985 novel “The Handmaid’s Tale,” which was made into a 1990 feature picture before being turned into an HBO television series, was among his final deals, and he was also involved in negotiating deals for films such as “Saturday Night Fever,” “Caddyshack,” and “Klute.”

Beginning his career at the Jaffee Agency, Adams went on to found his own firm with Rick Ray, which later merged with Lee Rosenberg to become the Adams, Ray & Rosenberg agency.

As part of Triad Artists in 1984, the firm was acquired by William Morris in 1992, shortly after Adams retired from the company’s board of directors.

Adams was born in Chicago and went to Los Angeles with his mother when he was seven years old, where she worked for her brother, Joseph Schnitzer, who was an executive at RKO Pictures. He went to Beverly Hills High School, where he wrote for the school newspaper alongside actors Dick Sherman and Andre Previn, as well as the late casting director Lynn Stalmaster, among others. He worked as a messenger for Warner Bros. while still in high school, and then went on to serve in the United States Army.

“I conveyed notes to Bogart, Errol Flynn, Alexis Smith, and Bette Davis on a daily basis,” says the author. I witnessed Bette Davis, as well as Edgar G. Robinson, lose their cool. Bogart asked me to accompany several of his friends on a tour of his studio. ‘Yes, Mr. Bogart!’ I responded to whatever he requested of me. “He loved my demeanour,” he recalled in a 2016 feature with the Forward newspaper.

He began his career as a journalist before joining the Jaffe Agency, where he remained until he was fired during the period of the Blacklist. When Variety published the news of my resignation, producer and agent Ingo Preminger called and stated, with a strong accent, “I see you’re leaving the agency.” You’ll be here at five o’clock. When asked about how he was employed at PSF, which is owned by Otto Preminger’s brother, he told the Forward, “I’ll give you $100 a week, and you provide additional information.”

He was a long-time resident of Santa Fe who enjoyed photography and travel.

He is survived by his wife, Kathleen McIntosh, their daughters, Rachel and Olivia, as well as their four children and their spouses.