One of the couples from “The Real Love Boat” is Nathan and Tyler, who are a pair. Even though they were removed in the seventh episode, some viewers are curious as to whether or not they are still together.

The Real Love Boat is a dating competition show that puts real-life individuals together in an effort to help them find love. Along the way, they will be given challenges to do that will help determine their chemistry and compatibility with one another. One fortunate couple will advance to the final round and be awarded a monetary prize in addition to a trip on a luxurious Princess Cruise. It can be seen on Paramount+ on Wednesdays at 10 p.m. Eastern Time. 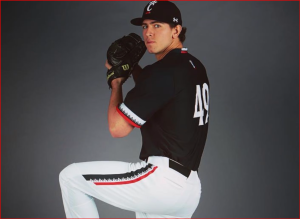 Nathan Kroger Is A Cincinnati native with an experience in Baseball

Are Nathan and Tyler From The Real Love Boat Still Together?

The amount of time that Tyler appeared on the show was fairly limited. In episode six, she had joined the party, and by episode seven, she was with Nathan. Nathan was already in a relationship with Sarah before Tyler arrived on the show since Alisa had chosen Dustin as her Sailaway partner over Nathan at the earlier ceremony. During the course of five episodes, Alisa and Dustin were a couple.

In the sixth episode, Tyler is introduced as a new member of the group with Sydney. Tyler has served her country and is a veteran of the United States Armed Forces. She had previously been married, but the marriage had ended in divorce. When she married her high school lover, she was only 18 years old. He was her first true love.

As soon as she walked in, Nathan gave off the impression that he was in love with her. He is on the lookout for a lady who is concerned about her health and abstains from smoking. On the show, he had an instant connection with Tyler, and the audience adored the two of them together.

However, as seen in the seventh episode of the season, the power couple Daniel and Shea-Lynn decide to vote them out of the competition during the Sailaway Ceremony. The news devastated the fans’ hearts, and they rushed to post their condolences on Nathan’s Instagram account.

Nathan has thanked his supporters for their continued love and support despite his elimination from the competition. Some people went as far as saying they hoped both he and Tyler would end up victorious.
In a similar vein, there were many who expressed their desire for him to locate a means to maintain his relationship with Tyler. Others have inquired as to whether or not they are still together, but he has not yet responded to those inquiries or commented on the topic.

Nathan and Tyler Relationship In The Show

In the sixth episode, Tyler boarded the yacht, and viewers immediately recognised that Nathan had a crush on her. Some viewers even claimed that because Tyler was a part of the show, they were able to better understand Nathan’s character. They commented on how silly he can be.

However, he was also confronted with some difficult choices because he was aware that Alisa and Sarah were competing with one another to earn his love. Despite the fact that she had dumped him in the fourth episode, Alisa continued to have feelings for him and desired to get back together with him.

Both Nathan and Tyler had an instant connection with one another nearly immediately after they met. The audience got to see a different side of Nathan during the show, one in which he was also being romantic with Tyler. Nathan makes the decision to be with Tyler for the Sail Away Ceremony; however, the show only gives them a brief amount of time together.

In the seventh episode, the couples are forced to compete in the task that takes place in the Istanbul marketplace. This competition gives one power couple the opportunity to choose which couple will be eliminated from the Sailaway ceremony.

And in the end, it turns out that Nathan and Tyler are the ones who will be returning home together. A lot of people’s hearts were broken when the decision was made since they had started to notice the spark between them and were looking forward to seeing how their relationship would play out in the end. 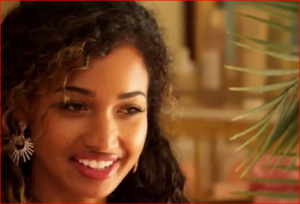 ‘The Real Love Boat’ Sinks at CBS, Resurfaces at Paramount+

The romantic reality competition known as The Real Love Boat was cancelled after only four episodes of its debut season on CBS, marking the show’s equivalent of striking the proverbial iceberg in the television industry. Episode 5 of the series is now in the process of being sent to Paramount Plus. In its place, fresh episodes of The Amazing Race will air immediately following Survivor at 9/8c, while drama reruns will occupy the 10 pm time slot, beginning with an episode of The Equalizer that has been aired previously.

It premiered on October 5 with 2.4 million viewers and a 0.3 demo rating, which were among the lowest statistics for any non-CW series debut this fall. The series is a reality television reboot of the classic CBS romantic comedy series. When new data from Live+7 playback was factored in, it was discovered that the series had only acquired 20% of its original audience, with very little to no improvement in terms of its demo numbers.

The Real Love Boat invites singles who are looking for love and places them on a luxury cruise ship to sail the Mediterranean. On the voyage, there are destination dates, challenges, and surprise individuals who test couples’ compatibility with one another and their chemistry. The important members of the crew, such as the captain and the cruise director, play crucial roles in the process of matchmaking and navigating the amorous (and occasionally tumultuous) waters that lie ahead, just as they did in the original scripted series. After being at sea for close to a month, the winning couple will arrive at the last port, where they will be presented with a monetary reward and an opportunity to go on a trip paid for by Princess Cruises.

In collaboration with Buster Productions, Eureka Productions is responsible for creating and producing this television series. For the television show Eureka, the executive producers are Chris Culvenor, Paul Franklin, Wes Dening, and Jay Bienstock.

Also read: Gabriel Sloyers& Newest Appearance Is In Netflix&Christmas With You

What time will The Real Love Boat 2022 (season 1) air on CBS? Format, release date and more

Wednesday, October 5 will mark the beginning of the inaugural season of The Real Love Boat on CBS, which will debut with that show. The planned reality TV series will feature 12 individuals who come aboard the “Love Boat” in the hopes of finding love, competing in various challenges and activities, and ultimately succeeding in their quest to become the series’ victor.

This new version of The Love Boat is not written, in contrast to the previous series, which aired from 1977 until 1987 and was given the moniker The Love Boat. To determine whether or not the participants are a suitable fit for one another in terms of chemistry and compatibility, tests will be given. The lucky couple who makes it through to the end will be the ones to take home the prize.

With the first season of the reality series The Real Love Boat about to begin in a little over a week, here is everything you need to know about the show’s first season. 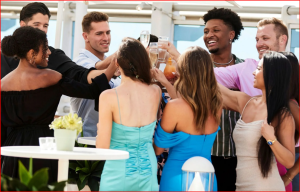 Who Is Still Together From The Real Love Boat – FAQs

1. What is The Real Love Boat?

The Real Love Boat is an American reality romance television series that premiered on CBS.

2. When was The Real Love Boat aired?

3. On which network, The Real Love Boat was premiered?

4. Who is the host of The Real Love Boat?

The Real Love Boat is hosted by Darren McMull.

5. Who is the producer of The Real Love Boat?

The series is produced by Eureka Productions in association with Buster Productions. 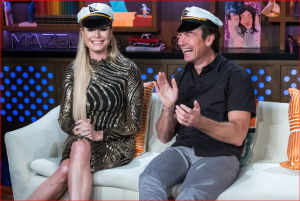 Who is Nathan Kroger from The Real Love Boat?

Son of Bud and Marilyn Kroger and a former student-athlete, Nathan Michael Kroger is 24 years old. Ryan is his brother’s name.

The baseball player and fitness enthusiast graduated from the University of Cincinnati with a bachelor’s degree in finance. According to his LinkedIn profile, he is currently employed by Ritz Safety as an inside sales representative.

AAC All-Academic Team started 12 games and had 13 appearances during his sophomore season, finishing with a 5.17 ERA, 41 strikeouts and 15 walks in 62.2 innings, with a 1-4 record, according to his official roaster on gobearcats.com.

American Athletic Conference All-Academic Team was 1-1 with a 1.86 ERA in five games during the 2019 season (Junior) before being hurt.

Nathan “started four games on the mound in the 2020 season, had 19 strikeouts and an ERA of 7.31, only eight walks in 16 innings pitched, and recorded five strikeouts against Florida State on February 22.”

He began working for Abco Safety as a Warehouse Operative in 2020 after graduating from college. After more than a year of employment there, he left to work as a part-time educator at Lululemon before joining Ritz Safety in 2021.

Even better, he has offered his time as a coach and caller for the Thank-A-Thon and Reds Urban Youth Academy, respectively.

Nathan enjoys surfing and working out at the gym in addition to baseball. His fitness-related videos and images can be seen on his Instagram account.

Now that he’s boarded The Real Love Boat, Nathan is looking for a particular person who has similar interests to him. He will travel to and compete in some of the most stunning places on the planet for the event, including Barcelona, Marseille, Rome, Santorini, Athens, and more.

Nathan and the other singles aboard The Real Love Boat will go on date excursions and engage in competitions to gauge their chemistry and compatibility while winning valuable prizes throughout the season.

To avoid having the single women “shove off” and leave him at the port and ruining his chance to win a cash prize and a once-in-a-lifetime trip courtesy of Princess Cruises, the series’ exclusive cruise line partner, Nathan will need to make the most of his opportunities to impress the single women.

He and other singles will get the assistance of Captain Paolo Arrigo, Bartender Ezra Freeman, and Cruise Director Matt Mitcham in finding their true love.

Watch Nathan’s romantic adventure on The Real Love Boat on Wednesday on CBS.

Read more: Who Is Brooklynn Martin? Meet Deon Cole Sister And Her Children On Instagram

How Old Is The Christmas Clapback Actress Candace Maxwell?

How Much Money Does ‘The Christmas Clapback’ Actress Porscha Coleman Have?