One of the most horrific cases of marital conflict that ultimately resulted in the wife murdering her husband occurred in North Carolina in July 2010. Lateisha Jandreau might have even removed the body and gotten away with the murder if it weren’t for a loyal group of the husband’s friends. In “Killer Bods: Blood, Sweat, and Tears” on Investigation Discovery, the murder is thoroughly examined, and the audience are given a detailed chronological explanation. We’ve got your back if you’re already interested in the case and want to know everything there is to know about it, including who the perpetrator is and where they are right now. So let’s just get started. 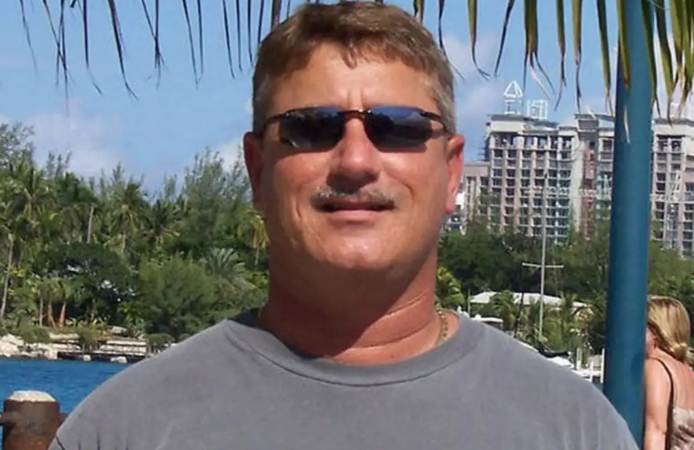 How Did Paul Jandreau Die?

Paul Steven Jandreau, 51, was a retired Navy master chief who worked for Norfolk, Virginia-based defense contractor BAE Systems. He had a close-knit network of pals who would later be instrumental in helping to solve his death. Paul was “a stand-up man with a very close set of friends,” according to the victim’s brother, Mike Jandreau. His pals informed him that Paul had met Lateisha Jandreau, 38, at a kickboxing class, where the couple had first met. Being a skilled athlete, Lateisha even won the North Carolina bodybuilding championship of the National American Sports Federation in June 2010. The day of their wedding was June 28, 2003. Don Roof, who worked with Paul for three years, remembered him as “a fantastic guy who genuinely cared about his friends.”

Paul was always on time, so when he didn’t show up for work on June 30, 2010, or even return their calls, his pals were understandably worried. They made a call to the Currituck County Sheriff’s Office, and Deputy Sheriff Lisa Starcher proceeded to check on Paul at his home at 100 Armstead Court. At at 7:44 am, she arrived at the house but was unable to reach Lateisha. The pickup truck Paul had in 2005 was parked in the driveway. After being contacted by her employer, Lateisha returned at around 8:30 am to let Starcher check the house. The windows of the house, which had previously been exposed, were now covered with “a blue tarp, tin foil, or frosting,” when she returned later in the day.

On July 1, 2010, Starcher and another deputy went to the house once more about 11:40 a.m. They discovered Paul’s vehicle loaded with furnishings and Lateisha who was clearly upset and furious. She told the officers that her last communication with Paul was on June 29, 2010. According to her, she and Paul led different lives. On July 2, 2010, at around 5:30 p.m., Starcher went back to meet with Lateisha in accordance with the earlier arrangements but was unable to locate her at home. The 911 operator was able to determine that Lateisha was at her home when she contacted 911 to report that she had been to Chesapeake, Virginia.

After determining that there had been some wrongdoing, the officers returned on June 3, 2010, shortly after midnight, carrying a search warrant. They broke down the garage door to gain inside, where they discovered Lateisha hiding in the back of a closet under some clothes and blankets. The officers conducted a thorough search of the home before discovering Paul’s body inside a sizable tote. Five times, once each in the abdomen, chest, thigh, neck, and hand, he was shot with a.45 caliber handgun. Additionally, he had roughly 12 head wounds that were “consistent with being struck with a blunt hard instrument like a pistol.” Under a pile of trash in the garage, the body was placed in a container and wrapped in plastic, secured with duct tape.

Coworkers, neighbors, and Paul’s lawyer all gave police statements stating that both Paul and Lateisha had discussed Paul wanting a divorce. Paul allegedly informed the lawyer and one of his coworkers about a time when he awoke to discover Lateisha slithering across his room. He admitted to his attorney that after that, he always kept his room’s door shut. Mike, another member of the family, said that Paul had spoken to him about their family issues and his wife’s infidelity. Their previous encounter took place in February during the Daytona 500 stock car race. He had been broaching the subject of divorce for weeks, Mike recalled. He claimed to have lots of proof that she was cheating on him. He claimed that all he needed to do to regain control of his life was to remove her out of his home.

In Jandreau’s home, officers found a variety of cleaning products and noted that the hardwood floor in the master bedroom appeared to have just been scrubbed. The bedroom’s walls had gunshot holes that had been sealed with sealant, and the rug was stained with blood. Along with other things from the kitchen, like duct tape, caulk, and plastic wrap, the officers also removed spent rounds from the scene. A.45 caliber handgun concealed in a little black bag was discovered after searching the two cars in the driveway. The gun’s magazine was empty, but there were two more magazines that had live rounds in them. The driveway also yielded a receipt from Lowe dated July 1, 2010, for a sizable tote.

Where Is Lateisha Jandreau Today?

First-degree murder and larceny of a firearm were the charges brought against Lateisha. On September 24, 2012, the case was tried in Currituck County Superior Court’s Criminal Session. Paul allegedly threatened Lateisha with a gun, according to her claims that he was quite violent. Even though Lateisha admitted to lying to the deputies about her husband’s location while maintaining her innocence, she maintained that she shot Paul in self-defense. However, after nearly two hours of deliberation, the jury returned with a guilty decision. Judge Jerry R. Tillett sentenced her to life in prison without the possibility of release on September 28, 2012, following her conviction. She filed an appeal with the North Carolina Court of Appeals, but the decision was affirmed. She is currently detained at Polkton, North Carolina’s Anson Correctional Institution, according to government documents.