Is actress and autism activist Olga Tennison a Wikipedia user or not? The actress has made a significant donation to LaTrobe University’s research. Let’s have a look at the actress’s actions. 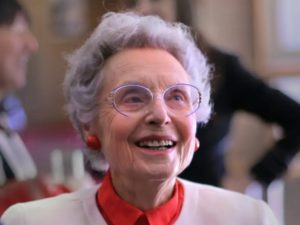 She is a source of inspiration for millions of people around the globe. She has made one of the most significant contributions to autism research in the world.

Although there is no official Wikipedia page dedicated to her, information on the activist can be obtained on the internet.

Olga Tennison was born in Rockhampton, Queensland, Australia, on March 4, 1928. Olga attended primary school in Brisbane and secondary school at St Ursula’s, a Catholic boarding school in Toowoomba. One of the nuns observed her natural talent for acting and clear communication and urged her to pursue acting training.

After that, she went to Brisbane to learn with Jean Trundle, a well-known speech teacher who also ran a small theatre company where Olga performed. She completed speech examinations for Trinity College London associate qualifications while in training.

Olga worked at a bank in the meantime while pursuing her theatrical career as a theatre and radio actor.

In Brisbane, she married Patrick Tennison. He was a journalist and author for the Melbourne Herald. They lived in Sydney for a while before moving to Melbourne. He was the inaugural president of the Melbourne Press Club, which he co-founded in 1971.

Mrs. Tennison died on January 19, 2021, just a few days before her 93rd birthday. Her bible, cross, and rosary were by her side when she died.

Mrs. Tennison has motivated millions of people to become more aware of autism and to explore it. She was, however, hesitant about the reputation and fame she would receive as a result of the hefty donation. She was uninterested in public acclaim and refused to be recognised for her achievements.

She was also determined to promote awareness and assist families of children with autism after having personal experience with the condition.

She could live a flashier and more opulent lifestyle if she had more money. Instead, she led a quiet and ordinary life so that the money she and her husband had amassed over a lifetime could be put to good use.

In an obituary published after the actress’ death in 2021, Latrobe University’s Professor Cheryl Dissanayake praised Olga Tennison as a person who lived a life dedicated to helping people.

Patrick, Olga’s husband, died when she was 59 years old. She spent the last 33 years of her life alone after husband died.

Max, who was born in London, and Katrina, who was born in Melbourne, were the couple’s two children. As a result, after the birth of her second child, Olga gave up her performing profession. Prior to Patrick’s death, her daughter married. She is the grandmother of four grandchildren.

Mrs. Tennison spent her later years in a nursing facility in Burwood, Victoria called Elizabeth Gardens. She sat there, watching the birds in the garden outside her window.

Update On Demi Moore Plastic Surgery : Before and After Photos Of Her Face

Neal Skupski Wife Cambri Prevost : Everything On Their Wedding And Age Difference