A devoted single mother who was strangled to death in her home just a few feet from her infant son’s bed was killed in June 1993, and the California hamlet of Port Hueneme was the scene of a terrible murder. Norma Rodriguez was murdered, and after interviewing the suspect and administering a polygraph test, the police took ten years to identify the murderer. Betrayed: Flirting With Death on Investigation Discovery effectively explains this terrible and odd situation to viewers in a clear and sequential manner. We have the information you need if you’re curious about what happened on that terrible day in June 1993 and the current whereabouts of the offender. So let’s just get started. 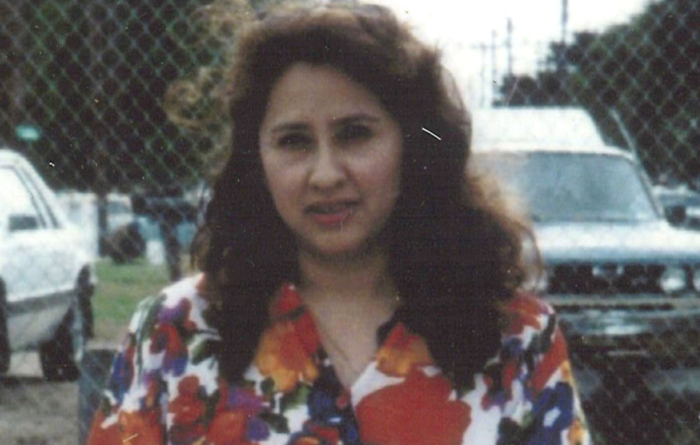 How Did Norma Rodriguez Die?

On November 15, 1960, in the Texas town of Mercedes’s Hidalgo County, Norma Garcia Rodriguez was created. She was a single mother of two sons, Andrew, age 11, and Austin, age 4, and worked at the Kmart in Oxnard. She was a beloved and well-respected local of Port Hueneme in Ventura County, California. As a result, it was shocking when she was found dead on June 1, 1993, at her East B Street residence.

The victim’s ex-husband, Tony Rodriguez, who had arrived at the location with his brother, Hector Rodriguez, found the body. The ex-husband asserted that he had shown up as scheduled in the morning to pick up and transport their two sons to school. However, after several unsuccessful knocks, he used a credit card to pry open the door and enter the home, where he found his ex-wife lying dead on the floor. While directing his two boys to go into their bedrooms and wait for the police to arrive, he had called 911 and reported the occurrence.

The 32-year-old victim was found strangled with her face taped off when the police got on the scene. Hector admitted to cutting some of the tapes, saying he did so in the hopes that Norma would still be alive at the time. Even though the crime was violent, it was obvious to the authorities that the killer had worked hard to stage the scene. Both blood and evidence of a forceful entry were absent from the scene. It was evident that the murder was not committed for malicious purposes since Norma’s purse was found in her bedroom and there were few indications of a fight at the site. All of these facts supported the assertion of specialists that the murderer was presumably someone who knew Norma, and that their refusal to look directly at her was evidenced by their hiding of their faces. A pair of house keys were also found next to the body, and her shorts were a little undone.

When the Port Hueneme Police first had suspicions about Tony, they arrested him and his brother and brought them to the station for interrogation. Tony did, however, have a solid alibi for the time of the murder. He had witnessed the incident firsthand while watching a baseball game with his brother and older son, Andrew. Andrew also told the detectives that when he was dropped off at home late at night, he discovered the front door shut and the house completely dark. He crept into the house through the back window of his bedroom. At the time, Austin, his younger brother, reportedly said to him, “Mommy has a band-aid on her face.” Andrew, though, paid it little attention and drifted off to sleep. When they cleared themselves of suspicion on the polygraph, Tony and Hector were likewise exonerated.

The investigators learned about a certain Corey who was supposedly there in the home at the time of the murder after speaking with Austin. Corey Davis, a jittery guy who worked with Norma, denied having a romantic involvement with her aside from the odd office interaction. He was taken from the suspect list after passing a polygraph examination as well. The police then learned about a different coworker, Beatrice, who claimed to be one of the employees that went to Norma’s house for a BBQ the day before the murder. Additionally, she revealed how the party hostess had misplaced her house keys. Finally, the cops realized how the intruder entered the home without using force.

A second suspect was identified after careful examination of Norma’s guest list: Warren Mackey. Warren fiercely refuted claims made by Norma’s coworkers that he attempted to start a romantic relationship with her against her desires. He claimed that after leaving the party last and watching television with her, he went to a bar with his roommate and his roommate’s girlfriend. This assertion was supported by the couple, and Warren also passed a polygraph examination.

The case became closed since there was no additional proof. But it wasn’t until ten years later, when a lab official finally used freshly developed technology to match DNA collected from the crime site, that the case was eventually solved. The DNA matched Warren’s exactly. The police eventually realized that Warren’s use of the stolen keys to get into Norma’s house and choke her to death was motivated by his anger over being rejected. The detectives were astounded, and one of them even said, “Of everyone we dealt with, he was probably the coolest customer of the group. It simply astounds you. A true sociopath may evade a polygraph test, so be careful while dealing with them.

Today, where is Warren Mackey?

When the police began looking into Norma’s case, Warren voluntarily gave his DNA to them. He was taken into custody in August 2003 on suspicion of killing Norma. Warren entered a guilty plea and received a sentence of 15 years to life in jail within two years of his arrest. He was housed in a prison in California, according to government records.

Oralia Garci, the victim’s sister, later said, “It still stings like it occurred yesterday. She is missed in my life. That injury doesn’t recover. We simply pushed it to the side. We must continue to move forward and live for Norma.