Nikita Mirzani is a well-known Indonesian actress, model, and TV host. In Indonesia, she is a well-known figure. She has an enormous fan base throughout Indonesia. She is a well-known figure in Indonesia’s entertainment business. The actress is always in the news and on social media. Nikita made her acting debut in the 2010 film Lihat Boleh and Pegang Jangan. She has also appeared on a number of popular and highly successful television shows. She has amassed a great amount of reputation and celebrity over the course of her long career. 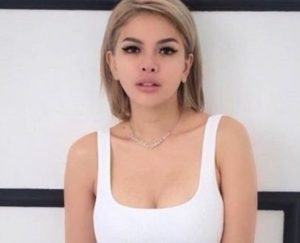 Nikita is a well-known actress in Indonesia, but she is often in the news and on social media for her outspokenness on social problems. Nikita is well-known for her opposition to Islam’s defenders. She is constantly seen criticizing Islam’s defenders. She is frequently seen speaking out against FPI leader Muhammad Rizieq Shihab. Nikita has a tumultuous romantic life. Her love and married lives have always attracted a lot of media attention. She had a history of bad partnerships.

Nikita was born on March 17, 1986, in the Indonesian capital of Jakarta. Mawardi bin Rasydin, who worked at PT Krakatau Steel, was her father’s name, and Julaeh was her mother’s. Nikita has Dutch ancestry to some extent. In 2006, the well-known actress married Nasseru, the son of a famous member of the House of Representatives. However, the marriage did not work out. In 2007, the couple filed for divorce after only one year of marriage. Nikita accused her husband of being a drug addict and irritable in the media. According to some sources, she even considered herself a victim of violence in that marriage. Her love life and marriage have always been the subject of much debate in Indonesia. Her marriages and relationships were generally problematic, and she always referred to herself as a victim who was suffering.

Who Is Mommy Farmer On TikTok? Death Of Dog Boone Shocks Family & Fans