In the spotlight at the 2022 MTV Video Music Awards was Nicki Minaj. Minaj hasn’t been to the VMAs since 2019, but her performance this year made up for it.

Her performance of a medley of iconic songs on stage before taking home the Michael Jackson Video Vanguard Award, the evening’s top prize, stole the show.

The rapper launched the performance with “BIG Barbie tingz energy” and donned a pink ensemble that covered her head to her shoelaces. Later, holograms of pink panthers also appeared.

After performing at her first VMA in 2010 and winning her first Moon Person award for “Super Bass” in 2011, Nicki has been a fixture at the VMAs for 12 years.

Due to her stunning performance, Nicki has become the talk of the town, and due to her weight gain, many people now think she is expecting. She had, however, before been wrongly suspected of being expecting.

Five VMA wins and seventeen nominations were given to Minaj. A song from her upcoming fifth studio album Super Freaky Girl became viral on TikTok throughout the summer as a result of its appealing lyrics. 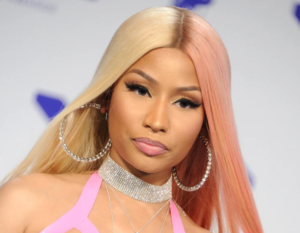 Twelve years ago, Nicki Minaj attended the MTV VMAs as a Best New Artist nominee, and this year, she went again as the Michael Jackson Video Vanguard Award recipient.

Because of her weight increase, fans believe she is pregnant. She is not, however, expecting, just to be clear. With her husband Kenneth Petty, Nicki Minaj has a son.

Minaj was nominated for Best Hip-Hop Video on Sunday for her collaboration with Lil Baby on “Do We Have a Problem?” in addition to earning the Video Vanguard award this year.

The co-anchors of this year’s VMAs were Nicki Minaj, LL Cool J, and Jack Harlow. For the first time in four years, she wore pink while performing at the VMAs.

At the 2022 MTV VMAs, Nicki Minaj won the Michael Jackson Video Vanguard Award, and her amazing performance there demonstrated why.

For the performance, which was modeled after a Barbie commercial, she was joined by a number of dancers. Minaj sported dazzling top, short pink skirt, pink wig, and colored contacts.

The BET Award winner’s most recent single, “Super Freaky Girl,” which includes a sample of the 1981 blockbuster “Super Freak,” served as the medley’s concluding track.

After the performance, footage of messages from fans praising Minaj lingered on the screen. A few Barbs later came on stage to declare who they thought would be the best performer.

While winning her prize at the Prudential Center in Newark, New Jersey, Minaj acknowledged all of her devoted fans.

“God bless you all, and thank you to everyone here,” she remarked.

I just want to take a second to thank a few of the key individuals who, in my opinion, were instrumental in helping me discover my flow. 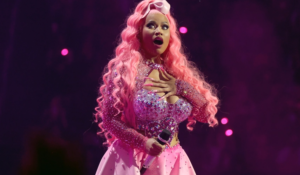 Nicki Minaj Performance Was Worth Watching

Nicki Minaj performs a career-spanning mash-up of her most popular songs at the 2022 VMAs. At the ceremony, she gave brief performances of some of her classics, such as “Super Bass” and “Super Freaky Girl.”

The rapper “Super Freaky Girl” performed all of her best hits on August 28 at the 2022 MTV Video Music Awards as she celebrated winning the Michael Jackson Video Vanguard Award.

Minaj is the first recipient of the Video Vanguard award since Missy Elliott, another female rapper, earned it in 2019.

The prize hasn’t been granted in the previous two years because of problems caused by the COVID-19 epidemic. She becomes the fourth rapper to win the honor, joining Elliott (1997), LL Cool J (1997), and Kanye West (2015).

Nicki Minaj whose real name is Onika Tanya Maraj-Petty (Maraj; born December 8, 1982), is a rapper, singer, and songwriter of Trinidadian[a] descent. She is renowned for her diverse musical taste, incisive lyricism, energetic rapping style, and various accents. After releasing three mixtapes between 2007 and 2009, Minaj first became well-known. The fifth song off her debut album, Pink Friday (2010), “Super Bass,” peaked at number three on the U.S. Billboard Hot 100 list and quickly rose to the top of the U.S. Billboard 200 chart. Later, the Recording Industry Association of America certified it as diamond.

Pink Friday: Roman Reloaded (2012), Minaj’s follow-up album, explored dance-pop and peaked at number one in a number of international markets. The Pinkprint (2014) and Queen (2018), her third and fourth studio albums, featured more introspective material and signaled a return to her hip-hop beginnings. “Anaconda,” the latter’s second single, became the first solo female rap music video to receive one billion views on YouTube and peaked at number two in the U.S. Her duet with Karol G, “Tusa,” peaked at number one on the Argentina Hot 100 chart for the longest time in 2019. In 2020, Minaj’s remix of Doja Cat’s “Say So” and her duet with 6ix9ine, “Trollz,” both peaked at number one in the United States. Minaj achieved the highest debut for a female rap mixtape on the U.S. Billboard 200 list with the re-release of her Beam Me Up Scotty (2009) mixtape in 2021, hitting at number two. “Super Freaky Girl,” the lead single off her upcoming fifth studio album, made history as the first solo rap song by a female artist to reach the top spot in the U.S. in the twenty-first century. 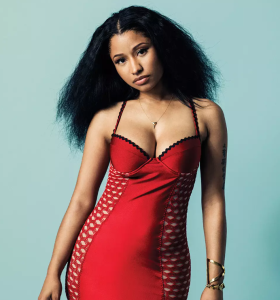 Nicki Minaj is from a reputable family in Trinidad & Tobago’s Saint James neighborhood of Port of Spain. She is reported to be of American descent and to have Christianity as her faith. She also has a small interest in charity.

Carol Maraj, a gospel singer with Trinidadian origin, is Nicki Minaj’s mother. Nicki’s father, Robert Maraj, is a financial professional and a part-time gospel singer who is of Dougla ancestry, which is defined as “Afro-Trinidadian mother and Indo-Trinidadian father heritage.” Nicki worked in the payroll and accounting departments when she was younger.

There are four siblings total, two older and two younger than Nicki Minaj. Her older half-sister on her father’s side, Maya Maraj, her younger brother Micaiah Maraj, a social media personality, and her younger sister Ming Maraj, who is identical to her older brother Jelani Maraj, are all in jail for predatory sexual assault.

The singer Nicki Minaj is currently in a committed relationship. Kenneth Perry, who was Nicki Minaj’s high school sweetheart, is the name of Nicki Minaj’s husband. Kenneth had a history of illegal activity and was sentenced to jail on multiple occasions, but Nicky was always there to defend him. The couple tied the knot on the 21st of October 2019 in a ceremony that was kept highly confidential. They welcomed their first child together on September 30th, 2020, a son they have dubbed Papa Bear.

Nicki Minaj began her professional life working in the American entertainment industry as an actor. Her professional rapping career got its start in 2004, when she was a member of the group Full Force from Brooklyn, together with Lou$tar, 7 even up, and Safaree Samuels. Their group was called “The Hood stars.” After that, they worked on the song “Don’t Mess With,” and shortly afterwards, Nicki departed the group.

In 2007, the CEO of the Brooklyn-based record label known as “Dirty Money Entertainment,” Fendi, signed her to a deal with the label that lasted for 180 days. She began releasing mixtapes in July of 2007 and continued doing so until April of 2009, with the titles ‘Playtime is Over,’ ‘Sucka Free,’ and ‘Beam Me Up Scotty,’ respectively. Later on, the song “I Get Crazy,” which was one of her tunes, received a lot of positive feedback.

She became a member of ‘Young One Entertainment’ and signed a recording contract with them in August of 2009. Later on in the month of November in 2009, she made an appearance alongside Trina and Gucci Mane for the remix of Yo Gotti’s song ‘5 Star Bitch.’ She later had an appearance on the compilation album titled “We Are Young Money,” as well as the singles “Roger That” and “Bed Rock,” both of which achieved high chart positions. She was also included in the song “Shakin it for Daddy,” which was released as a single.

She debuted her lead single, “Massive Attack,” on March 29, 2010, but it was later removed from the album owing to its poor success commercially. However, her subsequent single, “Yours Love,” reached number 14 on the Billboard Hot 100 chart and number one on the Billboard Rap songs chart. She issued the follow-up songs “Right Thru Me” and “Check It Out” in the month of September 2010, respectively.

In 2010, she made history by becoming the first female rap artist to ever play at Yankee Stadium. In addition, she was the first woman to ever place on MTV’s yearly list of the Hottest MCs. Additionally, she holds the distinction of being the first female solo artist ever to have seven songs chart on the Billboard Hot 100. In the latter part of the year 2010, she was featured on Kanye West’s track “Monster,” for which she received a great deal of praise from the media. She was nominated for the Grammy Awards for the very first time that same year for her song titled “My Chick Bad.”