When 26-year-old Nicki Collingbourne was discovered inside her apartment dead in a pool of her own blood, the village of Letchworth in Hertfordshire, United Kingdom, was witness to a horrible homicide. Even the most seasoned police officers were horrified by the ferocity of the crime, but it didn’t take them long to figure out that the victim knew the murderer well. The horrifying incident is detailed in the Investigation Discovery documentary “Deadly Women: Hot Tempers, Cold Hearts,” which also demonstrates how a thorough investigation and CCTV evidence pinpointed Yvonne Caylor. Let’s investigate the crime’s specifics and learn where Yvonne is right now, shall we? 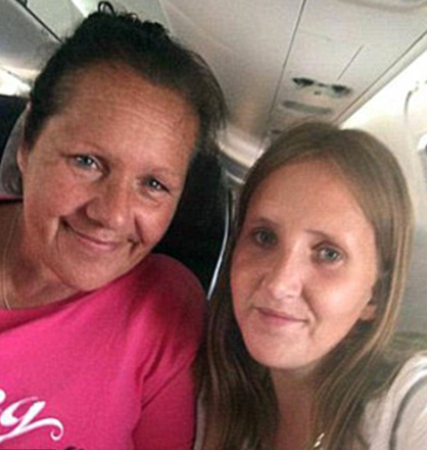 Who is Yvonne Caylor?

Yvonne Caylor, a 53-year-old resident of Letchworth, Hertfordshire, was responsible for the murder. She was interestingly Nicki Collingbourne’s half-sister, and the police, together with the victim’s family, think that a quarrel between the half-sisters turned out to be the reason behind the horrible crime. Despite having the same father, Yvonne and Nicki were raised differently because of their vastly different ages. In spite of the fact that Yvonne was born in the United Kingdom, she spent the majority of her adult life there and had even hosted Nicki there. Furthermore, Nicki invited Yvonne to stay with her in her Letchworth apartment in June 2015, around a year and a few months before the murder, which ultimately resulted in a vicious argument.

According to rumors, Nicki and Yvonne were residing together when they got into a serious argument that even included the police in Nicki’s Letchworth residence. Yvonne originally accused her half-sister of assault, but Nicki soon learned that her flat had been broken into and her possessions had been taken while she was away. She immediately suspected Yvonne of breaking into a house and even filed an official report, which resulted in Yvonne being accused of breaking into a house and engaging in an act intended to obstruct justice. Thus, it was only natural that the older half-sister harbored a bitter vengeance against Nicki for a long period of time.

On May 23, 2016, Yvonne finally put on a male disguise and made her way over to Nicki’s apartment where she attacked Nicki with a ceramic pot shaped like a chicken and killed her. She then staged the event to give the impression that the victim committed suicide in an effort to divert attention away from herself. In her undergarments, with major wounds on her wrists, Nicki Collingbourne was found by officials lying in a pool of her own blood. The authorities determined that the death was a homicide despite the difficulty in determining the cause of death. They soon discovered that the murderer had used the pot in the shape of a chicken to beat the victim to death.

Where Is Yvonne Caylor Today?

Even though there were no witnesses to the murder, a CCTV camera managed to capture a person in a jacket walking up to the victim’s door just before the crime was committed. Despite the fact that the murderer appeared to be a man, authorities quickly confirmed that he was actually someone the victim knew. Once the officers connected the dots and learned about the fight between Nicki and Yvonne, they were certain that Yvonne was responsible for the murder. As a result, the police detained Yvonne right away and accused her of murder.

When Yvonne was brought into court, she entered a not guilty plea and stated that another man killed Nicki. But in the end, she was found guilty of murder and given a 20–life sentence in 2016. Yvonne is surely spending her days incarcerated in a jail in the United Kingdom as of the time this piece was written; she has not yet served the mandatory minimum sentence.