Adrien Winckler, a writer, is the protagonist of ‘Black Butterflies,’ also known as ‘Les Papillons Noirs,’ which can be found streaming on Netflix.

Winckler accepts a job to write the memoir of Albert, an elderly man. Nevertheless, Adrien’s encounters with Albert take her down a perilous and convoluted path, as Albert’s love story quickly becomes a confession of serial killings. Olivier Abbou and Bruno Merle are responsible for creating the captivating plot that is told in the French series, which leaves viewers perplexed until the very end. A sequence that takes place after the credits roll in the concluding episode contributes to the overall sense of ambiguity and casts previously established events in a different light. Obviously, viewers have questions about the additional scene, and we will do our best to answer them. In that case, here is our analysis of the scenario that occurs after the credits roll in the movie “Black Butterflies.”

The conclusion of “Black Butterflies” sees Adrien being taken into custody by Mathilde. In the hopes of finding out what happened to Carrel, she demands that Adrien give her the narrative he heard from Albert and hopes that he will. However, the credits rolled before we were able to witness Adrien’s response. Nevertheless, while the credits are rolling (which takes a few minutes), a bonus scene is played for the audience. It shows a young Adrien interacting with his food in a playful manner. Wim Wrinkler, Adrien’s stepfather, yells at him and tells him to stop fiddling with his food. Wim gives Adrien a slap when she persists in making a mess, but Adrien continues to make a mess. Catherine, also known as Solange, pulls a knife and ends Wim’s life after becoming enraged by his activities. In the end, she hits herself with the belt that Wim had given her in order to make it appear as though she had killed her husband in self-defense.

There is a connection between the post-credits scene and the very first scene of the series. In the very first scene of the series, we see a young Adrien sitting at the dining table, looking troubled until a black butterfly breaks free from a wall hanging. After that, Adrien’s expression returns to normal. While this is going on, the sounds of his mother working in another room may be picked up on. The post-credits segment sheds light on the real-life events that led to Wim Wrinkler’s passing, providing essential background information for the opening scene.

During the course of the series, Catherine reveals to Adrien that at the beginning, Wim was friendly and considerate. On the other hand, he eventually turned abusive and harassed her. As a result of Wim’s abusive behavior against Adrien, she was compelled to take her own life in order to protect herself. Catherine’s allegation that she was acting in self-defense was upheld by the judge, and she was not sentenced to jail as a result. Adrien, however, does not believe his mother and believes that she is intentionally deceiving him. Therefore, the news articles that Adrien reads provide evidence that Catherine’s account of the event is accurate. 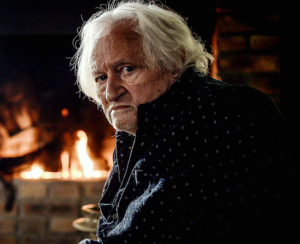 The sequence that plays after the credits roll shows that Catherine did not kill Wim out of self-defense but rather out of cold blood. Catherine did what she did out of concern for her son, but it is very evident that Will did not cause her any harm. As a consequence of this, it may be deduced that Wim did not engage in abusive behavior with Catherine. Instead, it is likely that she murdered him out of resentment. It is possible that Catherine has become skilled at playing the role of a victim, as evidenced by the fact that she used Wim’s belt to inflict injuries on herself. Because of this, Catherine was able to get rid of her second husband and cover up his murder by playing the victim card and claiming that she was the victim.

In the end, the sequence that plays after the credits explains the mystery surrounding Wim Wrinkler’s passing and demonstrates Catherine’s actual part in the occurrence. It demonstrates that Catherine’s propensity to commit murders is continuing to dominate her, indicating that she is not as innocent as she claims to be. However, the scenario also draws attention to a terrible occurrence that played a role in shaping Adrien’s thinking and led to the formation of his warped personality, both of which are revealed as the show develops.

The life of South African Afrikaans poet and political activist Ingrid Jonker is shown in the Dutch drama film Black Butterflies, which was made in the English language and was produced in the Netherlands. Paula van der Oest was the director of the movie, and it had its world debut in the Netherlands on February 6, 2011, prior to its official release on March 31, 2011.
Also read: Meet Cobra Kai&Jacob Bertrand Parents: Scott Bertrand, Christina Bertrand

The Jonker granddaughters, Ingrid and Anna, make their home with their elderly grandmother in a shack by the water. Anna bursts into Ingrid and Anna’s bedroom in the middle of the night to break the news that their grandmother has stopped breathing. During the time when her body is being transported in a hearse, the politician Abraham Jonker, played by Rutger Hauer, arrives and is shocked to see that the girls are not wearing any shoes. Abraham gives the following response to Anna’s question about what they should name him: “Call me ‘Pa.'”

Decades later, in the year 1960, an adult Ingrid, portrayed by Carice van Houten, is swimming against the tide in the vicinity of the suburb of Clifton in Cape Town when she begins to fall under. After hearing her screams, a man (Liam Cunningham) who was standing on the coast went into the ocean to help her. When they finally make it to the shore, he reveals himself to be the novelist Jack Cope. Ingrid, overjoyed, announces that she has finished reading his novel. Jack inquires as to how well she enjoyed it. She retorts that his book was the one thing that kept her alive. When Jack learns that she is “the poet Ingrid Jonker,” he is completely taken aback. 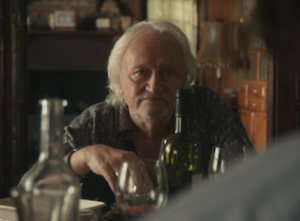 Her sister Anna jumps in to tell that their father is waiting for her to arrive at the house. Abraham reveals to Ingrid that her once married spouse, Pieter Venter, has inquired about a trip to her residence. According to Ingrid, she and Pieter share absolutely nothing in common. Pieter begs Anna for a second opportunity as he sits in the apartment that he shares with Ingrid and her infant daughter. Jack gives Ingrid a call to extend an invitation to a party that he will be throwing with his literary and bohemian pals. Ingrid gives Pieter the cold shoulder and continues on to the party. There, a black author claims that the Censorship Board has prohibited his novel, which has not yet been published, and that the police have taken the manuscript into their possession. He regrets that four years of his life have been lost to him.

A trip to the black township of Nyanga is provided for the author by Jack and Ingrid. They were stopped on the way by a white police officer who tried to make life difficult for the author. Jack is informed by the author that Ingrid’s father, Abraham Jonker, is the Chair of the Censorship Board, which is responsible for the novel’s censorship. Abraham Jonker is also a member of Parliament for the White Supremacist National Party. Jack asserts that Ingrid is not the same as her biological father. After accompanying Ingrid to Jack’s apartment, Jack reveals to her that he is a father of two children and is in the midst of an acrimonious divorce. Jack’s emotions are stirred when Ingrid reads him a poem that she wrote in his honor. When he asks her why she wrote it, she replies that reading his story helped her save her own life. They start dating each other.

After some time has passed, Jack reveals to her that he is head over heels in love with her and extends an invitation to both her and her kid to come in with him. She agrees to do so. Despite this, Jack does not want to marry her. Jack finally admits that he is unable to write and that providing continual emotional support to Ingrid “drains” him, despite the fact that Ingrid continues to work on her writing. In order to complete his manuscript, he makes the decision to spend the next two or three months traveling to see his sons and their mother. In spite of Jack’s assurances that he will come back, Ingrid is heartbroken at the prospect of the two of them being separated for such a significant amount of time, and she begs him not to leave. She gives notice at her workplace so that she may be there to see him off at the train station, where she then asks him to either keep her there or take her with him. The departure of Jack It is revealed that Ingrid had an abortion behind everyone’s back.

Jack gives Ingrid a call to tell her that he will continue to be gone for another month. Not long after that, she strikes up a relationship with novelist Eugene Maritz, whose character is based on André Brink. Maritz is hailed as the great hope of Afrikaans writing by poet and playeright Uys Krige, who is also a fan of Maritz’s poetry. Eugene is a fan of Ingrid’s poetry. Ingrid ends up having an affair with Maritz because she is both furious and very lonely due to Jack’s absence. When Jack got back, he found Maritz’s shoes in his closet, so he kicked Ingrid out of his apartment.

Where is Brittanee Drexel’s Family Now?

Where Are Kevin Zieleniewski and John Hielscher Now? Dateline Update