Since its debut in 1978, ABC’s “20/20” has chronicled one gruesome, true-crime story after another in order to really shed light on the dark side of human nature. Therefore, it stands to reason that the first episode of season 45, fittingly named “Last Seen In Lakeland,” which explores the sad homicide of Michelle Saum Schofield in 1987, is in no way different. We now have the essential information for you if you want to understand more about the incident, specifically about what happened, the investigations that followed, and what happened in the wake of it. 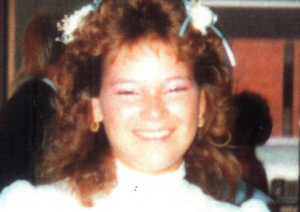 Michelle Schofield’s Cause of Death

On February 24, 1987, at approximately 8:15 p.m., Michelle Schofield, an 18-year-old from Lakeland, Florida, left her job at a nearby burger restaurant to go home. She was never heard from again. Nearly 90 minutes later, she did phone her husband Leo, but it seems like they were just catching up. He then requested to be picked up from a friend’s house so they could go get some lunch. She didn’t arrive as scheduled, though, prompting him to start looking for her just after midnight. He called both of their parents, followed her path, and looked in their mobile home, but to no effect.

In the hours that followed, Michelle’s loved one even called the police, made contact with neighboring hospitals, and printed leaflets in a last-ditch effort to find her, but it was in vain. However, according to court records, a friend found her orange Mazda hatchback by the side of Interstate 4’s exit 44 on February 25, allowing authorities and her family a more narrow area to concentrate their searches. Important details include the fact that her car’s trunk was unlocked, the rear speakers were missing, and hair strands were lodged inside the back panel, raising the possibility of foul activity.

Both detectives and volunteers searched the area extensively; however, it was Michelle’s father-in-law Leo Sr. who discovered her frozen, bloody remains on February 27, 1987. Seven miles from where her car was found, she had been submerged behind a sheet of plywood in a water-logged canal near the crossroads of State Road 33 and Interstate 44. The 18-year-old died after being stabbed a total of 26 times and losing five quarts of blood, according to her autopsy; regrettably, it was not a quick, simple, or painless death.

Who was Michelle Schofield’s killer? 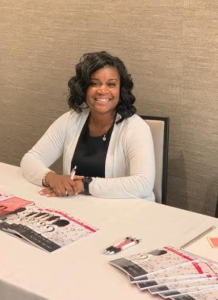 Detectives contacted Michelle’s loved ones right away to inquire about any problems in her life due to the sheer heinousness of the crime, only to discover that her marriage was far from ideal. In fact, witnesses even related instances of physical abuse and threats from Leo Schofield. In addition to reports showing the couple frequently engaged in violent confrontations, the authorities were also made aware of these incidents. Then, their next-door neighbor, Alice Scott, said that she had witnessed and overheard the Schofields arguing that fateful evening before Leo drove away with a large object stuffed into the trunk of his car.

And if that wasn’t enough, a different eyewitness account purportedly linking Leo to the crime by saying his father’s vehicle and her car were both found around the scene of her body’s discovery the morning after she vanished. On June 24, 1988, Leo was detained and charged with the first-degree murder of his wife Michelle despite the fact that there was no concrete evidence connecting him to the crime; the case was based solely on circumstantial evidence.
Around a year later, when Leo was put on trial, Alice’s whole account was called into question because of her history of mental health problems and the unlikely nature of her timing for the offense. This is due to the fact that Leo was really with his wife’s father at the time she allegedly claimed the heated argument at their mobile home took place (he was presumably looking for her).

The jury took just two hours to find Leo guilty since so many other reliable witnesses — a total of 21 — attested to his aggressive tendencies and fitful temper. Leo maintained his innocence even during his trial and told the court straight out that he didn’t kill Michelle. Leo was later given a life term in prison. “You’re committing a mistake, I’m telling you. I’ll show you how I can back it up.

Leo’s appeals have all been rejected since then, however we must point out that in 2004, a fingerprint found in Michelle’s automobile matched one from Jeremy Lynn Scott, who was not previously associated with Leo. Jeremy, also known as “Bam Bam,” is actually a convicted felon with a criminal record that includes seven convictions for armed robbery, arson, and violence, as well as an acquitted murder charge from when he was 15. In addition, he was convicted of first-degree murder and armed robbery for strangling a man in 1988 after hitting him over the head with a bottle. He is currently serving a life sentence in prison for these crimes.

The most important fact, however, is that Jeremy is said to have once admitted to being the one responsible for Michelle’s death as well. He claimed to have spotted Michelle use her phone at a gas station while speaking to Leo and requested for a ride. Jeremy allegedly claimed in 2016 that after she consented, he gave her directions to a lake and, while high on prescription drugs, stabbed her to death with a hunting knife. It was determined that he lacked credibility since he refused to sign a statement for the record, refused to talk to a detective, and afterwards reneged on his confession. So Leo still faces a murder charge for the death of his wife.

Michelle Schofield, then age 18, left the restaurant where she was working at 8:15 p.m. on February 24, 1987, according to WTSP. In a petrol station next to the restaurant, she allegedly made a call at 9:45 p.m., according to ABC News. Between leaving work and placing this call, Michelle’s exact activities are unknown. Leo Schofield, her husband at the time, was working a short distance away and she was meant to fetch him up. He became anxious when she failed to appear.

At 12:43 a.m., Schofield called the police to report Michelle missing because no one knew what had happened to her. Due to being placed on wait throughout the 911 call, Schofield was unaware that the call was still being recorded. He’s talking to one of his friends, which is audible. “I’m having a mental breakdown man, she was on her way here. Her behavior in this manner is unusual, “said Schofield.

Michelle’s corpse was discovered in a Florida canal three days later. 26 stab wounds were visible on her body. Schofield was suspected of killing her based on circumstantial evidence. The night before Michelle vanished, a neighbor reported to police that she overheard the couple fighting and observed Leo place a huge object in the trunk of his car before driving away.
An alleged threat to kill Michelle was made by Schofield, according to Michelle’s best friend. First-degree murder was found to be Schofield’s crime in 1989 after his arrest in June 1988.

After that, in 1991, Schofield encountered Chrissie Carter, “a former state probation officer who eventually became a therapist and lectured at Schofield’s prison.” In addition to the fact that Carter thought Schofield was innocent, their friendship would gradually develop and lead to their eventual marriage and child adoption.

With a set of unexplained fingerprints found in Michelle’s car, Carter continued to dig until she found gold. They belonged to Jeremy Scott, a felon who was “receiving a life term for a 1988 homicide,” and who had already been convicted of a crime.

Now, where is Jeremy Scott? 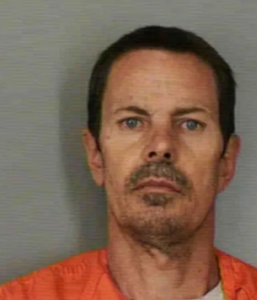 Jeremy Scott is still incarcerated at the Florida State Correctional Institution in Raiford, Florida, serving a life sentence. Scott’s fingerprints were discovered in Michelle’s car, which led Schofield’s attorneys to ask for a fresh trial. According to ABC News, the request was turned down because “the court judged that Scott’s fingerprints alone would not likely have resulted to an acquittal on retrial and decided there were no flaws with the trial evidence that would have led to Leo’s exoneration.”
In a 2016 phone discussion with Scott, who later admitted to killing Michelle, Schofield’s lawyer Andrew Crawford was present. Sadly, there was no recording of the conversation. Scott asserted that he would confess to murder for $1,000 when state authorities looked into this. Scott was contacted once more by an investigator who was hired by Schofield’s lawyer a year later. It was caught on camera this time. Scott once more acknowledged that Michelle had been murdered.

The Florida Innocence Project got in touch with Andrew Crawford and requested a retrial, but was successful in getting an evidentiary hearing. As he spoke, Scott admitted to having second thoughts about killing Michelle. The spouse of Schofield claimed, “They saw that as a flip-flop that he recanted.” The retrial was eventually turned down. Schofield’s situation is now being rectified through a podcast.

Schofield’s name will be cleared by the “Bone Valley” Podcast

The Bone Valley podcast debuted on September 21, 2022, as part of the acclaimed multimedia hub Lava for Good. The podcast’s objective is to hopefully secure Schofield’s release from prison. It is hosted by Gilbert King, “author of the Pulitzer Prize-winning novel Devil in the Grove, which resulted in the exonerations of four innocent men.” The following is what Scott said during the podcast interview: “Leo is a pure soul. No action was taken by that man. He is a good guy.”

The ideal situation is for the legal system to recognize this. Adnan Syed, who was imprisoned for the 1999 murder of Hae Min Lee, recently received his parole after spending more than 20 years. It is generally acknowledged that the Undisclosed Podcast was a significant factor in his release. Leo Schofield might benefit in a similar way from Bone Valley.

Read More: Did Jeremy Scott Murdered Michelle Schofield? Where Is He Now?