In the first episode of the third season of ‘Mob Psycho 100,’ also known as ‘Mob Psycho III,’ titled ‘Future ‘Career Paths,’ the pupils at Shio Junior High School are asked to give some serious thought to the careers they hope to pursue in the future. Even though he is giving it his all, Mob has the impression that he has no idea what his future holds for him. An exorcism assignment in which he and others assist a middle-aged man coping with lifelong regrets about an unlived life without ambition causes Serizawa and Mob to develop severe concerns about their own futures. The following provides detailed information regarding the conclusion of the first episode of “Mob Psycho III.” 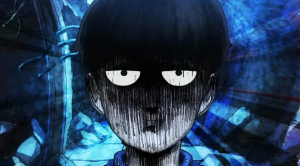 Because the students at Shio Junior High School are required to think about where they want their careers to go in the future, Mob’s friends and classmates have been having serious conversations about their future goals. The majority of them give off the impression of being highly assured since they have their life organized, in contrast to Mob, who is actually perplexed. As a result of this, he travels to the Spirits and Such Consultations Office in order to confer with Reigen over the same matter.

Reigen is of the opinion that Mob does not need to put much effort into his thinking because he has already discovered his life’s purpose by becoming a psychic. Due to the fact that it is only a part-time work, Mob is unable to say for certain. Mob is not persuaded by Reigen’s reassurances that there is a good possibility that the Spirits and Such Consultations Office will develop into something more significant in the future. Soon after, a customer will come to the office to have an examination performed on an 80,000 yen doll that he believes to be cursed because it has only given him unfavorable outcomes in his life.

Mob warns Reigen not to touch the doll since it has been tainted by a long-standing grudge. Reigen insists that the customer has nothing to worry about, but Mob warns him not to touch the doll. After learning this, Reigen reveals to Serizawa that the entire ordeal was only a test, and he tells Serizawa that he is on his own to rid the doll of its demonic possession. It is interesting to note that the latter is able to quickly restore the doll, but in the process, he breaks one of the doll’s arms, which Reigen afterwards fixes and puts back where it belongs.

That night, Mob had a conversation with his family about the difficulties he is having in deciding on a professional path. His mother agrees with his father and brother in their assessment, but she thinks the answers they propose are very simplistic. The following day, Serizawa, Mob, and Reigen pay a visit to the residence of a middle-aged man who claims to be afflicted by a malevolent spirit that no psychic has been able to cast out thus far. The guy also claims that he is under the tyranny of this spirit. The next thing he says is that the evil spirit is responsible for him losing his part-time job because he inappropriately touched a female coworker, which led to his termination. Additionally, it caused him to develop cavities and drove his lover away.

The client is worried that he will never discover the path he was meant to follow in life or make genuine connections with other people, and as a result, his life will continue to be devoid of any sense of purpose. As Mob and Serizawa pay close attention to what is being spoken, Reigen, who had just left the house, discovers an evil spirit sprouting directly above the home. He does not waste any time in getting back to his friends and informing them of the situation. The client expresses gratitude to Mob and Serizawa for their assistance after they successfully cast out the demon using their combined efforts.

Also read: Has Fate: The Winx Sagabeen renewed for Season 3? Everything To Know About The Series

Mob Psycho III Episode 1 Ending: Why Are Mob and Serizawa Concerned About Their Future? What is Reigen’s Advise to Them?

Following the successful exorcism of the elderly man, Serizawa shows signs of extreme concern, prompting Reigen to ask him in a casual way whether there is something wrong with him. He admits that the old man’s confessions struck a chord with him, and that as a result, he now genuinely believes that he is in the same position as the other man. If he keeps the same mentality, he won’t be able to stay in this company for very long, Reigen is quick to point out to him, and he doesn’t waste any time in doing so. He then continues to reassure Serizawa that he has not even lived half of his life yet, and that he therefore still has plenty of time to establish a reputation for himself.

Because Serizawa has seen the consequences of his poor decisions at such a young age, Reigen views this as a positive development. Mob, on the other hand, admits that the old man’s narrative had an emotional impact on him as well. After giving his future career choices so much thought for such a long period of time, he is now feeling a great deal of anxiety about the future. He is the first to confess that he hasn’t committed any major gaffes up to this point, but he is concerned that the moment may come in the not too distant future.

Later on, Mob runs into Reigen in the Spirits and Such Consultations Office, and during their conversation, he admits to Reigen that he does not anticipate Reigen ever working at the company. He continues by explaining that he has become too accustomed to the environment, which will most certainly inhibit his continued development. Mob receives reassurance from Reigen that he does not need to be concerned about his future at this time. It is not necessary for him to be overly concerned because he is confident that Mob will soon discover a great deal of activity that he is interested in partaking in.

However, Reigen does warn Mob to keep in mind that he himself established the Spirits and Such Consultations Office on a whim, but that it has since evolved into something that he intends to do for the rest of his life. Mob is told to keep this in mind. In the final part of his career guidance, he tells Mob that whatever he has in mind for the future, whether it be office employment or something else entirely, it does not have to be the former. But it’s also possible that he’s just living his life according to his own rules while still managing to make a living.

The synopsis and pictures for the first episode of the anime adaptation of ONE’s Mob Psycho 100, which is an action, comedy, and supernatural manga, were revealed on the official website for the anime adaptation on September 2, 2022. The episode’s title is “The future — hope for a profession.”

The premiere of the first episode of the third season of Mob Psycho 100 will air on Tokyo MX on October 5, 2022. The date of release has been set for October 7th, 2022 for BS Fuji and Cartoon Network Japan.

On October 5, 2022, Crunchyroll will simultaneously broadcast the anime throughout the world (with the exception of Asia), both with English subtitles and an English dub.

The enormous broccoli tree, often known as the “god tree,” continues to cast a menacing shadow over the central business district of Salt City. During this time, students at Salt Junior High School are considering their many options as they prepare to hand in their career goals. The moment has come for them to do so.

Mob is concerned about his own professional future because he is unable to think of a career route for himself while the other students are discussing their aspirations and plans for the future. In addition, Mob is sidetracked because of his crush on Tsubomi because what he secretly yearns for is a “future with her.”

After some time has passed, a new customer visits Reigen’s Spirits and Such Consultation Office in order to undergo an exorcism. While there, he shares his life narrative with the staff. Both Mob and Serizawa start to feel concerned as a result of the fact that the client’s life story seems to correlate with strange occurrences that have occurred in their own lives.

Unfortunately, word of the client’s resentment went throughout the community, and as the curse became more widespread, the spirit grew in both strength and size, eventually becoming so powerful that it was able to destroy the man’s home!

Uzaki-chan Expresses a Desire to Chill Out! It was revealed that MKLNtic will be providing the music for the W ED theme song; who are the singers Kano and Lon?

Mob and Serizawa are hit with even greater worry as the man’s connection to their lives becomes evident, but Reigen is adamant about getting rid of the spirit as quickly as possible.

The narrative will delve into new aspects of Mob’s regular life, such as his attendance at school and his work as an exorcist that he holds part-time. Mob, Aratake Reigen, and Katsuya Serizawa, who is the newest member of their team, are the ones responsible for handling the strange requests that are brought into Spirits and Such Consultations.

Katsuya Serizawa is a formidable Esper and was one of the most important members of Claw. For those of you who need a refresher on who he is, let me explain. Because he had anxiety, he used to lock himself in his room and never venture out into the fresh air because venturing outside would cause his psychic abilities to spiral out of his control. This changed once Touchiro walked into his room and offered him an umbrella so that he could go outside while still feeling as though he was safe “inside.” After some time, he was selected to be one of the Ultimate 5 Members, and the umbrella eventually evolved into his primary weapon. After the conclusion of the Claw World Domination Arc, he becomes a member of Mob’s and Reigen’s group.

The enormous broccoli tree that grew as a result of Mob’s talents can be seen towering over the city center. The locals refer to it as a “divine tree,” and they hold it in high esteem because of its creation. Around this period, the Psycho Helmet cult is beginning to acquire prominence, and Ekubo vanishes without a trace for unknown reasons. Mob is going to examine what appears to be some kind of suspicious activity going on within the broccoli tree because all indications point to it.

Who are the main cast members?

Cast members of Mob Psycho 100 III include the following:

Read more: Is Ishowspeed A Dad To His Daughter? Wife And Secret Family Rumors