On November 13, 1986, Michael Lush died while carrying out a stunt for the BBC’s The Late Late Breakfast Show. According to some reports, this was the darkest day in British television history.

The BBC provided an ex gratia payment of roughly £120,000 to Lush’s family. The coroner recommended that safety officers be present during any similar follow-up stunts, but BBC managing director Bill Cotton insisted that there would be no more shows that endangered the public.

Everything you need to know about the young man at the time and the specifics of the terrible situation is provided here. 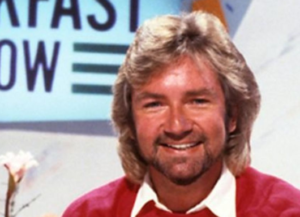 Who Was Michael Lush On The Late Late Breakfast Show?

South Hampton-born 24-year-old Michael Lush was a young man. According to reports, he worked for himself as a hod carrier—a worker on a building who moved bricks in a box with no sides.

Prior to being selected to participate as a stuntman on The Late Late Breakfast Show, which is notorious for its risky and life-threatening stunts, everything was going according to plan. His fiancée nominated him for the whirly wheel, and on November 8th, 1986, he was summoned live on the program and asked to complete the challenge Hang ’em High.

Lush added that although everyone thought he was crazy for agreeing to such a stunt, he was actually rather pleased to give it a try. For him, all it took was a bottle, and he was up for doing whatever that came his way.

The saddest part was when he joked that Allison, his fiancée, had mentioned getting married before the stunt day. In addition, his choice was stressing out his mother. She was unable to comprehend why he was so preoccupied with doing the play. He responded, “I want to be famous,” to that. Unfortunately, he gained notoriety as a result of his affiliation with the BBC program and the tragic event that claimed his life.

The formal show was scheduled to premiere on November 15th, but training had to take place two days earlier, which is when the disaster occurred. 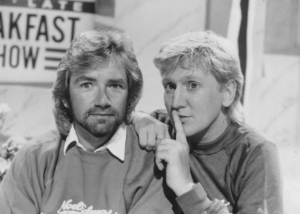 What Happened To Michael Lush? Accident And Death On The Late Late Breakfast Show

Lush was really eager to start practicing the stunt he would execute live on national television on November 13th. He joined the group and gave it a shot after learning the tricks.

The “Hang ’em High” stunt, which involved bungee jumping from an exploding box, involved a 120-foot-high crane. The carabiner clip that was keeping his bungee rope attached to the crane during the leap came loose from its eyebolt.

The show was discontinued on November 15, 1986, following Edmonds’ resignation with the justification that he did not “have the heart to keep on,” and he instantly died after colliding with something and receiving severe injuries. The scheduled program that was meant to air that evening was replaced with the screening of One of Our Dinosaurs Is Missing.

Despite the inquiry’s finding of mishappening, the jury was informed of a number of BBC shortcomings.

According to Graham Games of the Health and Safety Executive, who also demonstrated that the clip came loose 14 out of every 20 times, the clip could have been opened by the weight of a bag of sugar.

David Kirke, a bungee expert from the Dangerous Sports Club, asserted that a comparable operation in which he had participated had used three ropes as opposed to the one rope used by the BBC and shackles as opposed to carabiner clips. There had been no stuntman supervision or demonstration, and Andrew Smith, the safety officer, wasn’t present.

In the end, it was discovered that Lush had wet boots on before jumping, which, while it did not contribute to the accident, was nevertheless a safety concern.

Michael Lush passed away on November 13, 1986, as he was doing a stunt for the television show “The Late Late Breakfast Show” on the BBC. Some people believe that this particular day was the single worst in the entire history of British television.

The family of Lush received a present from the BBC in the amount of approximately 120,000 pounds. Even though the coroner stated that there should be safety officers present for any future stunts that are comparable, BBC managing director Bill Cotton stated that there will not be any more shows that put the public in danger.

This article will provide you with all the information you require regarding the young man who was present at the time and what took place.

Who was Michael Lush from The Late Late Breakfast Show?

Michael Lush was a young man from South Hampton who was 24 years old. He was known as Michael Lush. It was rumored that he worked on his own as a hod carrier, which is a person who works on a building and moves bricks in a box with no sides.

Everything was going swimmingly until one day, when he received a request to be a stuntman on The Late Late Breakfast Show, which is notorious for having stunts that put people in danger and even have the potential to take their lives. His fiancée nominated him for the whirly wheel, and on November 8, 1986, he was requested to participate in a challenge known as “Hang ’em High” on the show.

The most heartbreaking moment was when he cracked a joke about the fact that he and his girlfriend Allison had been engaged in conversation prior to the day of the stunt. Additionally, the decision he made was causing mental anguish to his mother. She was at a loss to understand why he had such a strong interest in the program. He disclosed to her that one of his goals was to achieve widespread notoriety. Unfortunately, he gained a lot of notoriety as a result of his link to the BBC show as well as the unfortunate event that took his life.

The live event was scheduled to begin on November 15, but training had to be completed two days before to the accident.

What was Michael Lush’s fate? On the Late Late Breakfast Show, there was an accident and a death

Lush was very excited to run through the trick he was about to perform live on national TV on November 13, and he couldn’t wait to get started. He became a member of the team, and after learning the necessary skills, he put them to use.

A crane that was 120 feet tall was utilized for the “Hang ’em High” stunt, which required doing a bungee leap from a box that was about to explode. During the course of the jump, the carabiner clip that had been fastening his bungee cord to the eyebolt of the crane became detached.

After Edmonds said he was leaving the show, saying he didn’t “have the heart to keep going,” the network decided to discontinue it on November 15, 1986. Edmonds passed away the same day after colliding with something and suffering severe injuries. It was decided to air One of Our Dinosaurs Is Missing rather than the show that was scheduled to air on that particular evening.

In spite of the fact that the investigation determined that the BBC was responsible for some errors, the jury was informed of some of those errors.

The clip might have been opened by the weight of a bag of sugar, according to Graham Games of the Health and Safety Executive. In addition to that, he demonstrated that the clip became dislodged 14 times out of every 20.

According to David Kirke, a bungee expert from the Dangerous Sports Club, when he performed a similar feat, they utilized three ropes rather than just one, and they employed shackles in place of carabiner clips. The person in charge of safety, Andrew Smith, was not present, and there was neither a stuntman show nor supervision of the stunts.

At the end of the investigation, it was discovered that Lush had been jumping while wearing damp boots, which did not cause the accident but was nevertheless a safety concern.

Michael Lush’s death and the end of the band

On November 13, 1986, a volunteer named Michael Lush passed away during the first practice for a different live stunt. The stunt, called “Hang ’em High,” entailed bungee leaping from a box that was about to explode while it was suspended from a 120-foot-high crane. The carabiner clip tying his bungee rope to the crane’s eyebolt broke during the jump. The show was cancelled on November 15, 1986, after Edmonds resigned and said he “didn’t have the heart to continue on,” dying instantaneously from his numerous wounds. One of Our Dinosaurs Is Missing was screened that night instead of the program that was scheduled to air.

Although “misadventure” was the verdict, the jury was informed that the BBC had made a number of errors. The clip might have been opened by a bag of sugar, according to Graham Games of the Health and Safety Executive, who also demonstrated that the clip came loose 14 out of every 20 times. The BBC’s single rope was replaced with three ropes, and shackles were used in place of carabiner clips, according to bungee specialist David Kirke of the Dangerous Sports Club.

A trained stuntman had not been present to observe or demonstrate anything, and Andrew Smith, the safety officer, was not present either. There was nobody else in the air with Lush in case he changed his mind, and once he was in the air, he was unable to return to the ground. He waited about two minutes before being instructed to leap, according to the testimony given to the jury. Also, despite being instructed not to, the BBC production team persisted on utilizing a bungee rope.

Additionally, Lush had consumed two pints of beer for lunch prior to the rehearsal and there was no airbag or safety net to cushion a potentially harmful fall. Finally, it was discovered that Lush was wearing wet boots when he leapt. Although it wasn’t the cause of the tragedy, this was nevertheless a safety concern.

Read more: Arvind Giri: Obituary And Death. UP BJP MLA Dies At 64. What Was The Death Reason? Check What Happened With Him?

TikTok Reacts To Kyle Capener Big Brother Accusations, What Did He Say?