A shooting occurred at a horse farm in Washington Township, New Jersey, and the episode “48 Hours: The Shooting of Lauren Kanarek” on CBS News digs into the legal actions that followed the incident. A well-known dressage trainer by the name of Michael Barisone was at the center of it all. One of his students, Lauren Kanarek, was shot by him in August 2019, and he was subsequently arrested for attempted murder after the incident. Consequently, if you are interested in knowing what transpired in the aftermath of the incident and where he might be today, we have the answers for you. 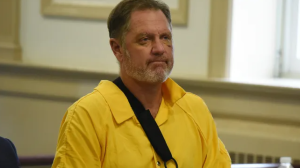 Who is Michael Barisone?

During the 2008 Olympic Games, Michael Barisone served as a reserve for the United States dressage team. After competing for his country, he went on to establish himself as a respected dressage instructor and began working with a variety of elite athletes. Michael served as a coach for a number of Olympic athletes, including Boyd Martin and Allison Brock. The latter even came away with a bronze medal at the Olympics in 2016. Michael had two horse farms at the time of the incident, one of which was located in Washington Township, Morris County, New Jersey. This is the location when things started to go sideways.

Around the same time in March 2018, Michael invited Lauren Kanarek to begin training with him and invited her and her fiance, Robert Goodwin, to live on the property with them. But by the summer of 2019, things had already started to go in the wrong direction. As a result of Lauren’s perception that she was not receiving adequate instruction from Michael at the time, she turned to social media in order to capture what was going on. Michael asserted, “There were things that were coming out on social media that were horrifying.” I can recall feeling utter and complete panic. Everybody says I was unglued. I was all over the place.

Lauren leveled allegations of racism and homophobia against Michael, as well as allegations that Michael and his girlfriend at the time, Mary Gray, were responsible for her being bullied. Michael had asserted that Lauren and her companion had broken their promise to leave the property once the training session had come to an end, but Lauren had denied this. He had dialed the emergency number multiple times, during which he accused the pair of being squatters and of harassing him. Michael also indicated that he feared for his life, but he thought that the authorities simply looked at the case as if it were a landlord-tenant conflict. Michael stated that he feared for his life.

The conflict that had been brewing between Michael and Lauren finally came to a head on August 7, 2019, when Lauren was found with two gunshot wounds in the chest. She was able to positively identify Michael as the perpetrator of the shooting, and he was quickly taken into jail. His counsel later stated that he was briefly mad at the time of the incident, but he maintained that he had acted in self-defense when he shot the victim. It was observed by Michael’s side that, in addition to the social media posts, Lauren and her partner battered Michael and had their dog attack him in the minutes leading up to the shooting.

In addition, it was rumored that Lauren had recorded talks in secret between Michael and his crew in the months leading up to the shooting. The defense for Michael claimed that the recordings were unlawful. In addition to that, he had also contacted SafeSport, which is an organization that works to prevent abuse in Olympic sports, to lodge a complaint regarding Lauren. Michael went to the extent of hiring a private investigator to delve into Lauren’s history and investigate her background.

Where is Michael Barisone Today?

The legal team for Michael Barisone called an expert witness to testify that their client was “temporarily mad.” The knowledgeable individual ascribed it to Lauren’s behavior, which included making controversial posts on social media. As a consequence of this, Michael was diagnosed with a delusional condition by the attending physician. In addition, Michael said that he remembered entering his office, but that he did not remember taking the gun or shooting Lauren.

In response to the defense’s assertions, the prosecution presented their own medical expert, who voiced skepticism regarding Michael’s assertion that he only remembered some events from that day. In spite of this, Michael was judged not guilty by reason of insanity for one count of attempted first-degree murder committed against Lauren in April of 2022. Michael was 58 years old at the time. In addition to this, the jury decided that he was not responsible for the attempt to murder Robert, and therefore cleared him of both counts of the weapons allegation.

In September of 2022, a court issued an order mandating that Michael receive treatment at the Greystone Park Psychiatric Hospital located in Morris Plains, New Jersey. A subsequent hearing will be held six months later to evaluate his progress in the program. After the incident, the property in New Jersey was sold, and he was left with his second farm in Florida. Once he was freed from prison, he planned to move there and live on that farm. The dressage community as a whole as well as Michael’s girlfriend, Lara Osborne, have been very supportive of him. As of May 2022, he was still barred from participating in SafeSport events, although Lara held out hope that the ban wouldn’t be indefinite.

Who Is Michael Barisone? Wikipedia Bio Of Olympic Horse Trainer As He Gets Not Guilty Verdict In Trial

The eminent Michael Barisone Recently, Wikipedia has risen to become one of the websites that receives the most inquiries. Find out everything you need to know about the man whose recent trial has the entire country on edge right here!

In the trial against the charge of attempted murder that Michael Barisone was facing, the judge ruled that he was not responsible for his actions due to the fact that he was insane.

On August 7, 2019, he had fired two rounds at the award-winning equestrian Lauren Kanarek, leaving her clinging to life after leaving her with a gunshot wound. In the meantime, the Olympian had also taken aim at Lauren’s partner Robert, but Robert was able to avoid the blow.

The verdict of Barisone’s trial on Thursday, which lasted for 17 hours and found him not guilty of all charges, shocked the public.

At the dressage competition in the 2008 Olympics, Michael Barisone served as a reserve for the United States squad. He is an accomplished equestrian who is also well-known in the industry for his work as a horse trainer.

In addition to that, he served as the coach for the United States equestrian team that won the bronze medal at the Olympics in 2016.

Allison Brock, a member of the United States Olympic squad that competed in Rio de Janeiro in 2016 and won a bronze medal, was coached by Barisone.

A further one of Barisone’s accomplishments is instructing the riders on the United States eventing team in dressage for the Olympics in London in 2012. He is the proprietor of Sweetgrass Farms, an enterprise that specializes in the training and breeding of horses.

As was just stated, Michael Barisone has been found not guilty of all counts, including those of attempted murder, and the case against him has been dismissed. In addition to that, he was charged with illegal possession of firearms.

In August of 2019, he had Lauren murdered on the farm he owned on Hawthorne Hill in Long Valley. She was shot twice in the chest, and he missed her fiance with the shot he took at him.

After what is believed to have been a quarrel between Lauren and Barisone in the capacity of landlord and tenant, the shootings were carried out with a pink and black Ruger 9mm handgun.

Barisone’s attorney had contended that Lauren had launched a psychological war on Barisone, which eventually led to him snapping and shooting her. The argument was based on the fact that Barisone had shot Lauren.

At this time, Michael Barisone has not divulged any comprehensive information regarding his wife and family to the public. We have not yet been able to obtain the specific details on his family members and will not be updating this area until we do so.

During this time, Mr. Barisone’s family is overjoyed to learn that he has been exonerated and may go back to his normal life.

Where is Investor Nick Gold Now?

Where is Survivor Lauren Kanarek Now?