Melissa Sclafani: Where Is She Now? What Was Her Crime? Updates

What happens when the insecurity of your financial situation drives you to the point of desperation? This is the story of a mother named Melissa Sclafani, who was once a bank teller in Gloucester, Massachusetts, but later became involved in running a global phony steroid scam. Melissa Sclafani is the subject of this story.

The swindle and the investigation process, in addition to Melissa’s present whereabouts, are discussed in great detail on the episode of “My True Crime Story” that airs on VH1.

The question remains, who exactly is this Melissa Sclafani? Let’s find out. 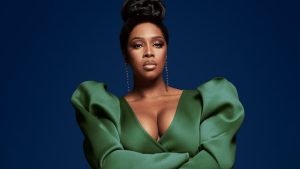 Also Read: Daniela Nieves: Who Is She? Who Are Her Parents? Facts To Learn About The Vampire Academy Actress’ Family

What Was Melissa Sclafani’s Crime?

Melissa Sclafani, who lived at 19 Beacon Street in Gloucester, Massachusetts, was in her late 20s when she became a mother. She was having trouble making ends meet and was suffering from postpartum depression. Her position as a bank teller at the neighborhood bank was not sufficient to ensure the financial wellbeing of her family.

When she first met Tyler Bauman of Shrewsbury and Philip Goodwin of Lynn, she was searching for a job that would provide supplemental income. The group of three, together with the assistance of three additional individuals who participated in the conspiracy, established a company that sold fake steroids in February of 2016.

According to the court records, their ringleader, Tyler, manufactured injectable anabolic steroids out of the raw steroids that were brought in from Hong Kong and China. Tyler then marketed these steroids in the United States under false pretenses. Tyler marketed the liquid steroids under the guise of a fictitious subsidiary of Amgen, which is an American global biopharmaceutical corporation. He used the online alias “musclehead320.”

On the other hand, Amgen does not produce or sell any anabolic steroids of this kind. Under the name “Onyx Pharmaceuticals,” Melissa and the other people involved promoted and advertised their products on various fitness blogs and social media platforms. The company even used a fictitious email address.

After then, the profits from the scheme were laundered through a tanning shop in Beverly Hills that was operated by Tyler and Philip. Melissa was appointed to the role of corporate secretary at the Gloucester establishment known as Wicked Tan LLC, which was located on Dodge Street.

She assisted the other defendants in getting raw materials and supplies from another country in order to facilitate the production of the fake steroids. Additionally, she was involved in the process of money laundering through the tanning salon using the profits from the sale.

Also Read: Where Are Ayesha Madon Parents and Family Originally From? Facts About The Heartbreak High Actress

Where is Melissa Sclafani Today?

From February 2016 until April 12, 2017, when they were charged with and detained for conspiracy to traffic steroids and launder money, Melissa Sclafani conducted the fraud for almost a year, during which time it lasted from 2016 to 2017. The United States Immigration and Customs Enforcement (ICE) and the Homeland Security Investigations division were the ones that carried out the inquiry (HSI).

Officers from the Office of Criminal Investigation of the Food and Drug Administration, the New York Field Office, and the United States Postal Inspection Service aided the investigators throughout the course of the investigation.

The massive investigation that was carried out with the assistance of a large number of federal agencies resulted in the issuance of five federal search warrants, which “yielded 9 kilograms of raw powder steroids, over 35,000 units of finished steroid units, laboratory production equipment, 14,000 fraudulent branding labels, and boxes as well as more than $500,000 in cash.”

In addition, a total of six federal arrest warrants have been issued for Melissa, Tyler, and Philip, as well as for Brian Petzke of Saugus, Robert Medeiros of Gardner, and Kathryn Green of Shrewsbury. All of these people are from Massachusetts.

Melissa Entered A Guilty Plea In 2017

The charges of money laundering can result in a prison sentence of up to twenty years, a fine of up to half a million dollars or double the amount gained or lost as a result of the conspiracy, and three years of probation after release from prison.

The conspiracy to create and distribute phony steroids resulted in a possible penalty of five years in prison, three years of supervised release, and a fine of up to two hundred and fifty thousand dollars, or twice the amount gained or lost as a result of the conspiracy.

However, because Melissa entered into a plea agreement, her sentence was significantly reduced. The 30-year-old defendant was given a sentence on April 26, 2018, that included a year and a day in jail as well as two years of supervised release.

As of the year 2022, Melissa Sclafani has fulfilled all of the requirements of her sentence. She is currently in the middle of her 30s and works at Citizens Bank as an assistant manager.

Read More: Bailee Reid From Wedding Of A Lifetime: Who Is She? A Look At Hallmark Actress and Her Career So Far

Quincy Brown: Who Is He? Is Crown Camacho Dead? Is He Leaving Power Book III Raising Kanan?

Jenna Johnson: Who Is She? Where is She Now? Did She Leave Dancing With The Stars?