The fighter, who debuted on The Ultimate Fighter: Latin America, presently competes in the Ultimate Fighting Championship’s Bantamweight class. In addition, as of May 2nd, 2022, Vera is placed #5 in the UFC bantamweight rankings. 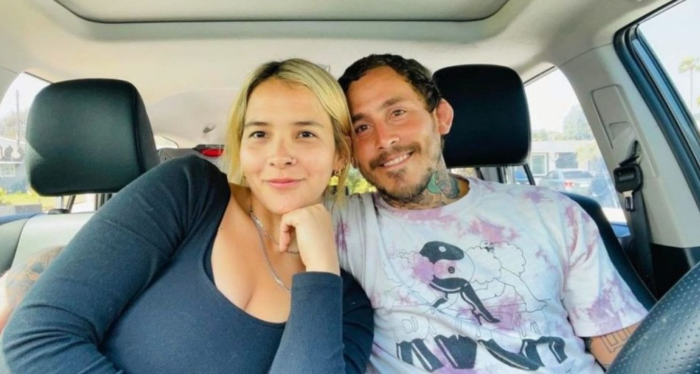 Marlon “Chito” Vera, an Ecuadorian mixed martial artist, has been married to the stunning Mara Paulina Escobar for ten years.

On January 12, 2022, the couple celebrated their anniversary as an aluminum marriage, and to commemorate the occasion, they shared beautiful photos on social media.

Vera and Escobar have three beautiful children, two daughters, Ana Paula and Eliana, and a son, José Ignacio; they are incredibly in love and live happily ever after with them.

Mara is a social media influencer who has 111k followers and frequently shares details of her daily life on the website; as of August 14th, 2022, she has published 15k posts under the handle @mariapaulinae.

Vera recently received a new tattoo on his head that has a scorpion with a skull in the center. He chose it from a book of tattoo designs that his tattoo artist friend showed him.

The tattoo is a work of beauty, and he enjoys it, but the MMA fighter admitted in an interview that, in contrast to other places where he had tattoos, getting his skull tattooed didn’t cause him much discomfort.

Furthermore, the athlete’s body is 80% covered in graphics, thus this is not the only artwork he has. The athlete has always wanted to have tattoos and began getting them when he was 18 or 19. Marlon inscribed his daughter’s name in 2011 after she was born.

When Vera was 18 and Mara was 17, they had a daughter named Ana Paula, but Ana was later diagnosed with the rare neurological disorder known as Möbius syndrome.

The courageous youngster has a neurological disorder that affects the muscles that control her facial muscles and ocular muscles. She may not be as healthy as her siblings, but her parents still adore her unconditionally.

Paula has been living a pleasant life with her parents’ love and care since they would never jeopardize her happiness. On April 5, 2022, when she turned 11, the family enjoyed a happy birthday celebration.

Due to a rare congenital neurological disorder that prohibits her from making facial emotions, Ana underwent surgery in 2018 to smile for the first time in seven years.

Due to the high cost of his daughter’s surgery, the athlete set up a GoFundMe account. He was able to earn $20,000 through the fundraiser and save the majority of the $80,000 through fighting.

Chito never lost hope in his princess, and he never turned into a young couple that split up after their first child was born with a unique ailment. Instead, he made the decision to support his wife and keep the child.

Marlon also invested the funds he could have used as a down payment on the home he purchased on Paula, and he has never regretted his choice. He couldn’t be more pleased with the result because it was the result of his perseverance in seeing his baby smile.