Mark Bennington is a famous actor who has done great work in movies like The Letters (2014) and Detective Byomkesh Bakshy (2015). Mark lives in New York and is the curator of Living the Dream: The Life of the Bollywood Actor and a Portrait Photographer. He has also played drums for a roots/rock band in Los Angeles and taught photography at Syracuse University. On December 21, 2013, he married Taapsi Ramchandani, an anthropologist who was the love of his life. 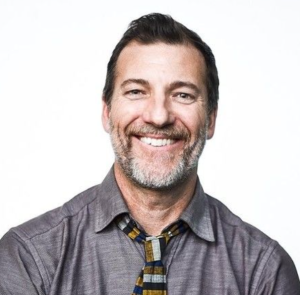 Mark also played Ichleb in the Star Trek: Voyager Series episode. In addition to Star Trek, he was in the drama film “And then came summer,” a CBS show directed by Nancy Malone, and the NBC show “Titans,” which was directed by Charles Correl. Aside from working on TV, he has also been in plays like Murdering Malowe, The Birds of the Paradise, and An Enemy of the People. He has been in the plays A Midsummer Night’s Dream and Twelfth Night by William Shakespeare.

Mark was an actor in Los Angeles and New York for more than ten years. He did both theater and TV shows. He came here because he was very interested in and loved India. Mark’s life changed when he met Shanoo Sharma, who was in charge of casting at YRF, after he moved to Mumbai. In his new book, Living the Dream: The Life of the Bollywood Actor, he tries to get to the heart of the Bollywood community.

Mark and Taapsi got married in Los Angeles first, and then they went to Pune for a traditional Hindu wedding. Mark and Taapsi met in Bandra, Mumbai, because they both knew the same person.

Mark plays DCDD Wilkie in Detective Byomkesh Bakshi. In the movie Lal Bazar, he plays the part of a smart detective. DCDD Wilkie is someone in the movie that no one can figure out. He is known to walk around freely and change his appearance.

Mark Bennington keeps people entertained with his mind-blowing acting skills, and he is also a pro at taking photos without much effort. The actor’s fingers used to make mesmerizing magic on the drums at a rock or roots band in Los Angeles. At Syracuse University, the star was a teacher, and he taught his students how to take the best pictures of nature. In a large number of serials, the famous actor showed how good he was as an actor. Fans have seen Mark Bennington in Star Trek: The Voyager Series, Titans, and There Came Summer, among other things. In Charmed and NYPD Blue, for example, he wowed everyone with his acting skills. In plays like “Birds of Paradise” and “A Midsummer Night’s Dream,” where he played many different kinds of roles, he stood out. In Twelfth Night or An Enemy of the People, the actor wowed the crowds. After moving to India, the future superstar stepped into the Bollywood scene with a bang, and Mark Bennington took every chance he could to show that he was a talent powerhouse. He showed what a good actor he was in movies like Kesari, Commando 3, and The Letters, among others. People who like the actor loved how he acted in Pramanu: The Story of Pokhran and Detective Byomkesh Bakshy. 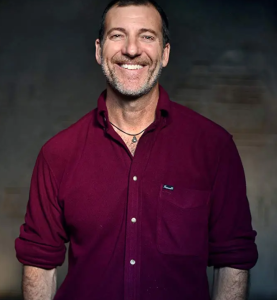 Mark Bennington As a director

Mark Bennington directed the original productions of Elizabeth Logun’s On My Knees off-Broadway at Alice’s Fourth Floor and Noel Coward’s Mild Oats in Los Angeles at The Classical Theater Lab. Then, after 16 years, Mark went back to the theater in 2019. Then, he led The Mumbai Terror Attacks by Jeff Goldberg at The Royal Opera House in Mumbai. Also, he was in charge of the acting in Lillette Dubey’s Devika Rani: Goddess of the Silver Screen.

Mark Bennington As a photographer

As a photographer, his work has been featured in The Atlantic, The Huffington Post, UpWorthy, CNN, PDN, GO India, Varity, Verve, Man’s World, Forbes, Lucky, Self, Platform, The Los Angeles Times, LA Weekly, The Wall Street Journal, Times of India, Virginia Quarterly Review, Boston Globe, BuzzFeed, and many more. He also wrote “Living the Dream: The Life of the ‘Bollywood’ Actor,” a well-known book of photographs (HarperCollins). Then, in 2016, Mark’s photography project America 2.0, which was about Muslim youth in New York City, became famous all over the world. Mark was also one of the “Top 10” photographer for actor headshots in both Los Angeles and New York. He was also a part-time teacher of photography at Syracuse University’s S.I. Newhouse School of Media and Communication. Mark’s work has also been shown in Jerusalem, Rome, Tokyo, New York City, Hudson, San Francisco, Berlin, and London, among other places.