Manuj Sharma is an actor who works in Indian movies. He was born in Muzaffarnagar on June 26, 1986. His father, Mr. Om Prakash Sharma, runs a business, and his mother, Mrs. Raj Sharma, stays at home and takes care of the family. He is able to speak both Hindi and English. In 2004, he moved to Delhi with his family. From 2005 to 2007, he went to Bhagat Singh College (DU) to get his degree in Hindi Literature and Dramatics. In 2006 and 2007, he went to the Shri Ram Center for Performing Arts in Delhi and got a diploma in acting.

In 2010, he moved to Mumbai after doing good performance theater with many well-known theater groups and characters. His first step up was a TV commercial for the newspaper Hindustan Times. His pilot film, “Bhootnath Returns,” came out in 2014. After that, he was seen in Ghosts as Shoaib. In 2015, he played Chotu in the short film Fuddu Boys, appeared in the short film Machis Hai Kya, and played Vineet in the TVF Series Pitchers. He also played Omar in the comedy-drama Bangistan by Karan Anshuman. 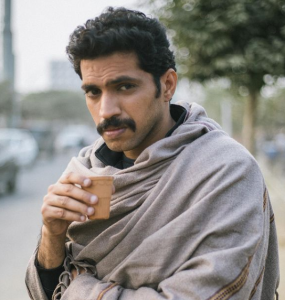 Then, in 2017, he played Ranjeet in the movie Secret Superstar. In 2017, he also played Umya in Devashish Makhija’s Ajji and Shubh Mangal Saavdhan by Hitesh Kewalya. He played Bunty in FATHERS, Santosh in Bisht, Please, and K R Raghunath in Inside Edge TV Series all in the same year. In 2018, Manuj played Bunty in the series Dhatt Tere Ki and Rakesh in the short video Dil Dosti Daftar – Imperial Blue Men will be Men. He played Bablu in the 2019 movie Why Cheat India, Punter in the 2019 movie Hamidabai Ki Kothi, and Umya in the 2019 short film Happy. In the movie Lootcase, he plays the role of Faizu (2020). Sharma has done different things in different projects. We can say that he is a new-generation actor who has worked with big names and rising stars in the business.

Before he started working in movies, he did plays and became well-known for how great he was. During his time in the theater, he had many different roles and worked with well-known theater groups. Later, in 2010, he moved to Mumbai. In 2014, he was in the Bollywood movie “Bhootnath Returns.” Later, he played Shoaib in the movie “Ghosts,” which he worked on.

In 2015, Manuj Sharma played the part of Chotoo in the short film “Fuddu Boys.” He also appeared in “Machis Hai Kya,” another short film, and in “Bangistan,” a comedy-drama film by Karan Anshuman.

In the movie “Secret Superstar,” which came out in 2017, he played the role of Ranjeet. “Shubh Mangal Saavdhaan,” which was directed by Hitesh Kewalya, was another movie in which he played a role. But he was in a number of Bollywood movies, for which he got a lot of praise.

We can say that the up-and-coming actor is versatile and has worked with big and growing names in the business.

Manuj Sharma is an actor who works in the Hindi film industry. His performances have been amazing. The actor was born in Muzaffarnagar, which is in India. Sharma’s father, Om Prakash, is a well-known businessman, and his mother, Raj Sharma, is a housewife. While Manuj went to school to get a degree in Hindi literature and theater. He also got a diploma in acting from the Shri Ram Center in Delhi, India. He has been in a lot of movies, but “Ajji,” which came out in 2017, is one of the best known. 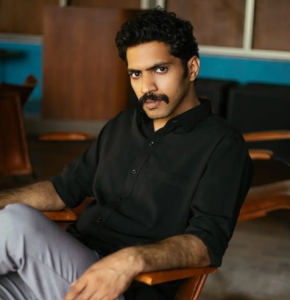 Manuj Sharma has been praised for his work in many Hindi movies, but ‘Ajji,’ which came out in 2017 and was directed by Devashish Makhija, may be one of his most well-known movies. Sudhir Pandey, Smita Tambe, and others are in the movie.

2-Had a job with Emraan Hashmi

In the 2019 movie “Why Cheat India,” in which Sharma had a supporting role, he shared the screen with Bollywood heartthrob Emraan Hashmi and Shreya Dhanwanthary.

Once, the actor said that it was fun to work with the famous actor Amitabh Bachchan on the 2014 movie “Bhootnath Returns.”

Sharma loves the rising stars in the Indian film industry, like Kartik Aaryan, Sara Ali Khan, Ananya Pandey, and Jahnvi Kapoor, because of how well they have done in their roles so far. 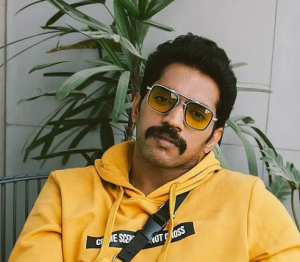 Manuj Sharma is a big music fan. Some of his favorite singers are Arijit Singh, Armaan Malik, Kumar Sanu, Alka Yagnik, and Neha Kakkar, who is the most famous.

6- Actor Who Is Excited

Since he was young, Sharma loved acting, and while he was in school, he decided to make acting his job. After he finished school, he went to work as an actor.

The hard-working actor never gives up because he is one of those who always looks for golden chances to learn more.

Manuj Sharma loves to spend time with his friends and family by listening to music, watching movies, and going out to parties. 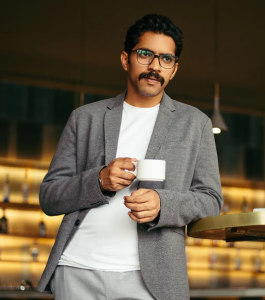 Manuj Sharma, who played Bhootnath in “Bhootnath Returns,” talks about working with “Vikram Vedha” star Saif Ali Khan. He also talks about being a police officer in the movie.

He says: “I play an honest cop on Vikram’s special squad (played by Saif). When the main character finds out that the squad is doing something wrong, he wants to leave. Vikram shows him how to deal with gangsters, and Deepak ends up saving his life.”

“He gets along well with Vikram, to the point where Vikram starts to depend on him. But in the end, I betray him. My character shows how the system makes people think a certain way.”

Adding that he worked with Saif on the movie, he says: “Saif sir would run through the scene over and over again. We could always turn to the directors for help. We worked on every little thing.”

When asked what he learned from Saif on the set, he says, “The most important thing I learned from working with him was that rehearsal is the key to a good performance.”

Manuj talks about the first day of his audition and meeting with Pushkar and Gayathri, two Tamil filmmakers.

He talks more about what it was like to work on the movie and why it means so much to him.

“They had also made the first movie, which was great. I care about the movie because I like thrillers. I grew up hearing stories about Vikram and Betaal, so it’s special to be a part of a retelling of your favorite folktale. I have always loved Saif sir and Hrithik sir a lot. I also play a police officer for the first time.”

The main characters in “Vikram Vedha” are played by Hrithik Roshan, Saif Ali Khan, Radhika Apte, Rohit Saraf, and Yogita Bihani. The movie was written and directed by Pushkar-Gayathri.