Luma Grothe is a model from Brazil. Grothe was born in the Brazilian town of Joinville. Her ancestors are German, Japanese, and African. Luma began modelling while studying English in London, England. Grothe has modelled for L’Oréal and Paco Rabanne. She’s walked for Vivienne Westwood, Burberry, Versace, and Etam, among other designers. In 2016, she made her debut at the Victoria’s Secret Fashion Show. 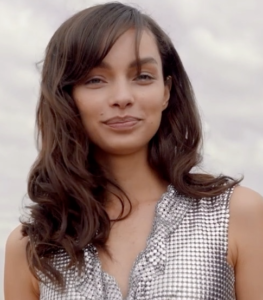 Grothe, a Brazilian native, has built a successful career in the fashion and cosmetics industries since her worldwide debut in 2013. She has walked the runways for Burberry, Versace, and Victoria’s Secret, as well as appearing in advertisements for Armani, DKNY, Karl Lagerfeld, and Paco Rabanne. She is most known for being one of L’Oreal Paris’ key spokesmodels since 2015, appearing in numerous ads and advertisements for the cosmetics behemoth.

Luma’s professional achievements have enabled her to launch a number of new businesses, many of which are strongly related to her personal convictions to social and human causes. She co-created the “Altogether” interview series with friends when she was 19, featuring Brazilian women from various walks of life and promoting their tales as sources of empowerment for viewers. Luma is still writing concepts and screenplays for unique short films, some of which she helps produce, direct, and even feature in, and all of which include feminism as a central theme. 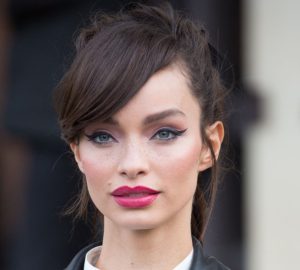 Luma became a co-founder of Boie USA in 2014, a company that focuses on creating environmentally friendly personal care products with a low environmental effect. Her entrepreneurial experience as CEO of Boie, as well as her dual role as a personal investor in the company, has motivated her to pursue new goals. Luma’s next goal is to use venture money to aid other minority and female-owned firms, which remains a struggle in the investment world.

Burberry Prorsum, Vivienne Westwood, Dsquared2, Leonard, Jeremy Scott, Etam, and Versace are just a few of the fashion houses for whom she has modelled. She also appeared in an Ermanno Scervino ad and the J. Crew x Lacoste collaboration lookbook.

Thanks to her new agreement with L’Oréal Paris, the young model has now broken into the cosmetics sector. The agreement could lead to her appearing on the red carpet at the famed Cannes Film Festival in May, when the cosmetics brand’s ambassadors pose for the photographers each year.

Grothe, a model, has an impressive height of 5 feet 9 inches and stands tall at this remarkable height. This model was born in Brazil on the 12th day of December in 1993. The year was 1993. This stunning individual will turn 26 years old in the year 2020 and has the solar sign of Sagittarius. She is a shopaholic who like to spend her money more frequently than not, which is consistent with what her name implies about her personality.

This Brazilian lady has garnered a lot of attention in the profession thanks to her smoking attractive body. In connection with this, the dimensions of her vital statistics are around 32 inches, 23 inches, and 34 inches. Men adore her slim body figure, and every young woman harbors the secret longing to have it. To add insult to injury, her ideal shoe size is 8 and her ideal dress size is 4. Luma has a pair of beautiful green eyes to go along with her dark brown hair to finish off her appearance. 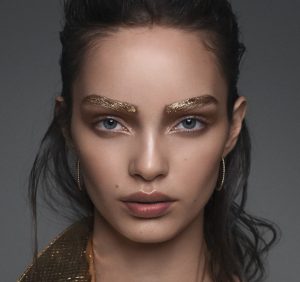 Luma moved to London in pursuit of modeling chances there. Her goal was to become a model. This choice represented the single most significant event in her life. Her life underwent a complete transformation almost immediately after she moved to London. Grother launched her career as a model in 2003, and beyond that point, there was no going back.

The cover of Woman magazine was graced by the presence of Luma Grothe.
After some time had passed, when she was 22 years old, she was presented with the opportunity to work for a world-famous lingerie firm. At the Victoria’s Secret Fashion Show, she was spotted walking the runway looking absolutely stunning. Soon after that, Luma was seen in advertisements for Loreal and Paco Rabanne, and she has also walked the runway for Burberry, Versace, and a great many more brands.

Grothe has also been featured on the cover of magazines like as Harper’s Bazaar L’Officiel, Elle, SNC, Grazia, and a great deal more.

How much does Luma Grothe have in terms of their net worth? There is no doubting the fact that this diva’s modeling job brings in a significant amount of money. As of October 2022, Grothe possesses a net worth that is equal to $900,000. She makes additional income via photoshoots, brand sponsorships, advertising campaigns, and other opportunities like these.

In spite of the fact that there is data on net worth, there is no information on either annual income or assets possessed. Regardless of the circumstances, there is little doubt that Grothe and her significant other are enjoying a luxury lifestyle.