Canadian actor Luke Roessler has appeared in a number of television shows, including Deadpool 2 and Arrow.

In the well-known Marvel television series Legion, about a young guy whose schizophrenia may be a superpower, Roessler plays a recurring part. Later, the performer was cast in Descendants 3 as Squirmy.

In 2015, Luke started accumulating credits on television and in movies. He appeared as a special guest on an episode of the show Hell of Wheel. Additionally, he made appearances in Arrow as Young Boy and The Man in the High Castle as Otto Wegener.

He made an appearance in Filip Engstrom’s short film The Wish Writer that same year. In addition, he played Philip Braun in the 2015 TV drama Christmas Truce, which was his first cinematic appearance. Craig Oleknik, Ali Liebert, and Kate Vernon were Luke’s co-stars. 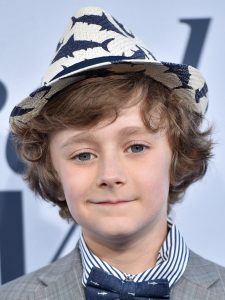 Also Read: Who Was Actor Robert Cormier From Heartland? His Age, Career and Tribute During The Last Episode

He is a Canadian actor, turned fifteen on March 28, 2007. As a juvenile actor who frequently appears in the American superhero TV series Legion, he is renowned.

He briefly made an appearance in the popular film Deadpool 2. (2018). In the same year, Luke was cast as Milo in the television film The Bad Seed. Rob Lowe, Mckenna Grace, and Sarah Dugdale starred in the Rob Lowe-directed movie.

Luke portrayed Squirmy Smee in Descendants 3 as well as Young David and Prince James in Once Upon a Time, George in Pup Academy, and Young Nathaniel Benedict in The Mysterious Benedict Society for Disney.

Despite not being a twin himself, Luke has primarily played twins in his roles with Disney. By coincidence, Davin Haller was even younger in Legion than he was in Descendants 3 when Christian Convery, his co-star, played his twin.

Horror movie aficionados may know Luke as Dean from Andy Muschietti’s 2019 supernatural horror thriller It Chapter Two. He played a small child who runs into Bill close to the drain where Georgie was killed.

Starring in the movie are James McAvoy, Isaiah Mustafa, James Ransone, Andy Bean, Bill Skarsgard, Bill Hader, Jay Ryan, and Jessica Chastain. It is the second installment of a two-part adaptation of American author Stephen King’s “It” from 1986.

Luke Roessler is very close to his parents, and they have a significant impact on both his academic career and acting career.

His parents resided in Canada, where he was born and raised. It is known that Roessler’s mother approves of the roles he chooses to portray and the scenes he directs, despite keeping his mother’s name a secret.

While concentrating on Luke’s acting career, his mother watches out for his academic performance. She arranges for him to have a home tutor so that his education is balanced. She has always supported her children in following their aspirations and encouraged them to do so.

Luke posted a tender photo of himself and his cherished mother on March 26, 2020. His mother manages him full-time and has been a registered nurse since Covid-19.

She played Little Boy in Heartbeat, Anatoly in Countdown, Young Norman in Bates Motel, Owen Blaine in Motive, Aiden in Signed, Sealed, Delivered: Lost Without You, and Tom in The Robot in 2016. (Short).

Actor in Descendants 3 British Columbia, Canada’s Vancouver, is where Luke Roessler was born and raised. In addition to performing, he likes to play soccer, watch movies, and play computer games.

The actor practices karate and kickboxing in his downtime from acting and filming. The young actor is hard at work studying different dialects while also preparing for his roles in numerous television shows.

Since his debut in 2015, he has appeared on television a lot. Luke has appeared in a number of well-known television programs, including Picture a Perfect Christmas, Riverdale, Legion, It Chapter 2, Deadpool 2, and It.

In the Riverdale episode “Chapter Fifty-Six: The Dark Secret of Harvest House” from 2019, Luke played Jack. Additionally, he portrayed George in the 2019 Pup Academy episode “The Stacy’s First Day.”

In the same year, he was cast as Dean in the sequel to the horror thriller It. Then, Luke played Troy Murphy in Paul Ziller’s television film Picture a Perfect Christmas. In the movie, Luke appears alongside Merritt Patterson and Jon Cor.

Luke Roessler and his elder sister, Melissa Roessler, both grew raised in Vancouver, British Columbia. The sister of the actor has a strong interest in both acting and modeling.

According to rumors, his sister entered and excelled in a modeling and acting competition. Luke rarely discusses his brother and other family members, therefore little is known about their personal lives.

The 15-year-old has spent nearly half of his life performing. The actor, however, has acknowledged that he felt anxious before performing Whitney Houston’s well-known song “Greatest Love of All” for the Netflix comedy series “DeadtoMe.”

He attributes his improvement in comic skills to Liz Feldman, the series’ creator. The series gave Luke the chance to practice various humor delivery techniques.

Under the verified Instagram username @thatlukeroessler, Luke is readily contacted. His exposure to the entertainment sector has contributed to the phenomenal growth of his fan following, which now numbers over 73.5k followers on the platform.

Luke is a jovial and fun-loving individual who loves to have a good time with his friends, family, and coworkers. The young actor also doesn’t hold back from posting pleasant memories on Instagram, which gives a glimpse into both his personal and professional lives. 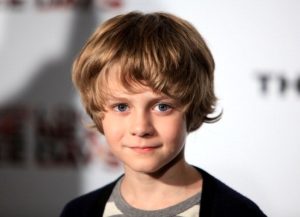 Also Read: Is Christian Bale in Star Wars? After DC and MCU, the Actor Wants to Explore the Galaxy Far Far Away

What character did Luke Roessler play in Deadpool 2?

The actor played the role of Cereal Kid in Deadpool 2.

What character did Luke Roessler play in Legion?