A brilliant dressage rider named Lauren Kanarek was injured in a shooting event that took place on a sprawling horse farm in Washington Township, New Jersey. Kanarek is currently in serious condition as a result of the incident. This transpired as a consequence of a disagreement that was growing between her and her trainer, Michael Barisone. The episode of “48 Hours” on CBS News titled “The Shooting of Lauren Kanarek” focuses on the circumstances that drove Michael to take the extreme action as well as what became of Lauren following the shooting. Therefore, if you are curious about the same thing, don’t worry; we’ve got you covered. 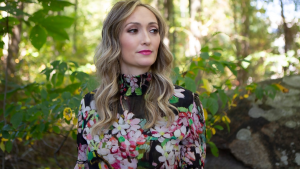 Who is Lauren Kanarek?

When award-winning equestrian Lauren Kanarek was given the opportunity to work with Michael Barisone in March 2018, it looked like a once-in-a-lifetime break for her to seize the moment. He was a member of the United States Olympic squad in 2008 and has been an Olympic trainer in the past. She even had her horses kept at the same location where she and her fiance, Robert Goodwin, resided in a home on the property that had two stories. However, over the course of the subsequent months, the trainer and the pupil developed an increasingly poisonous relationship, which ultimately resulted in a violent conclusion.

After 2:00 p.m. on the 7th of August, 2019, Lauren placed a call to 911 and said that “Michael Barisone shot me.” I’ve been shot twice.” Two bullets had entered her chest, leaving two wounds. When the police arrived, Robert was already in the process of subduing Michael when Michael was eventually taken into custody, and Lauren was taken to the hospital in a hurry. As a result of the gunshot wounds to her lung and the significant amount of blood that she lost, she required immediate surgical intervention. In the months that followed, the investigators obtained additional information regarding the icy relationship that Lauren and Michael maintained. The former claimed that she experienced the feeling of being “tossed aside” due to the fact that she believed Michael did not train her sufficiently.

Instead, Mary Haskins Gray, who was his girlfriend at the time, and Justin Harding, who was an assistant coach, were the ones who trained Lauren. Later on, they both testified that Lauren was a challenging person to collaborate with. The argument then centered on Lauren allegedly overstaying her welcome at Michael’s property, which became the source of dispute. She said that Michael and Mary were forced to relocate after the flooding on the property into a barn on the property. At that time, the two of them desired for Lauren and Robert to relocate so that they could begin occupying the house that had two stories. On the other hand, the dressage rider declined.

In addition to this, Lauren documented what was going on through the use of social media and made indirect references to Michael and Mary. One of the posts stated, “I’m being bullied by a man who is 6 feet 3 inches tall.” I’m afraid that you were bullied to the breaking point. It’s really complicated, and I’m not sure what I can say about it on this forum, but it seems as though Safe Sport was developed specifically with this issue in mind. The organization known as SafeSport investigates allegations of wrongdoing in Olympic sports. In addition to allegedly resorting to scare tactics, Lauren asserted that Michael and Mary had tormented her and made derogatory comments about her appearance.

Lauren, who was then 41 years old and testified against Michael in March 2022 during his trial, stated that she was the one who was shot first, before Michael fired his gun at Robert, and that she initially thought that her fiance had been shot in the head. After that, Lauren retrieved her phone, dialed 911, and proceeded to repeatedly punch Michael in the face. During her testimony, she revealed that Michael had twice in 2019 requested her to leave the farm, but she explained that it would have been difficult to transport her five horses in such a short amount of time.

Where is Lauren Kanarek Today?

Reports indicate that Lauren Kanarek has minimized the role that social media had in the fight she had with Michael. In the end, he was cleared of any involvement in the attempted murder of her. Concerning Lauren, she was hospitalized for a total of three weeks in the intensive care unit and was placed into a coma for a period of four days over the course of her treatment. But when Lauren woke up, she found a lot of hateful comments posted online by people who supported Michael and blamed her for everything. She went on to say, “They are aware that there is a victim suffering from several gunshot wounds as well as bullet wounds.” To utter such things is something that no one could ever even conceive of saying.

Lauren has been forced to endure a number of operations and other therapies over the course of her life. She is doing much better now and has started riding horses again after taking some time off. Since the incident, Lauren has been very secretive about her personal life, although we do know that she is a dressage rider and that she owns six horses and two dogs. In addition to that, she asserts that she is a political activist. It would appear that Lauren resides in Summerfield, North Carolina, at the present time, but she frequently travels to New York, New Jersey, and Florida. In October of 2019, she also filed a lawsuit against Michael and his employer regarding the event. Aside from that, Lauren has been getting ready to initiate a civil claim against her old instructor. She has been preparing for this for some time.

Dressage rider Lauren Kanarek was injured in a shooting that occurred on Wednesday at Barisone Dressage in Morris County, New Jersey. Barisone Dressage is an equestrian facility. Michael Barisone, the proprietor of the facility and a former Olympian for the United States of America, is accused of shooting the victim and has been charged with two charges of attempted murder as well as two counts of weapon violations.

Her pals have updated their status on Facebook to reflect that she is in a stable condition.

On August 7, at approximately 2:15 p.m., two shots were fired at the Livingston resident who was an award-winning equestrienne and 38 years old. She had lived at least part-time in the New Jersey farm.

Kanarek received his high school diploma from Livingston Senior High School in New Jersey in 1998. He then went on to attend Guilford College in Greensboro, North Carolina, where he majored in legal process, and Hollins University in Roanoke, Virginia, where he studied political science.

In addition to her, the incident resulted in the injuries of two other people, one of whom was her fiance, who shattered his wrist. Michael Barisone was the other person hurt as Lauren’s fiancé was struggling to disarm Michael.

Who is Michael Barisone

54-year-old Michael Barisone is the sole proprietor of Barisone Dressage, which is located in Long Valley. Although he was a member of the United States squad that competed in the Olympics in 2008, he did not ride since each country was only allowed three combinations. Debbie McDonald, Steffen Peters, and Courtney King-Dye, three of his colleagues, rode during the race on Brentina, Ravel, and Mytilus, respectively.

A firearm was found at the scene, and the suspect, Michael Barisone, as well as a second male victim were found there. As of the 8th of August, the Morris County Prosecutor’s Office verified that the suspect was still in custody, despite the fact that no formal charges had been filed against them.

A firearm was found at the scene, and the suspect, Michael Barisone, as well as a second male victim were found there. As of the 8th of August, the Morris County Prosecutor’s Office verified that the suspect was still in custody, despite the fact that no formal charges had been filed against them.

Where is Horseman Michael Barisone Now?