When pilot Lance Christian Anderson fell head over heals in love with Kathi Anderson, he had no idea that it would lead to the tragic end of his life. In the beginning of their marriage, Lance and Kathi experienced a great deal of joy, but unfortunately, things quickly went worse, and on February 24, 1982, Lance passed away. The episode “Deadly Affairs: Betrayed by Love: A Man in Uniform” of Investigation Discovery’s “Deadly Affairs” series details the horrible murder and follows the subsequent police investigation that eventually led to the perpetrator being brought to justice. Let’s investigate the circumstances around the crime and see what else we can find out, shall we? 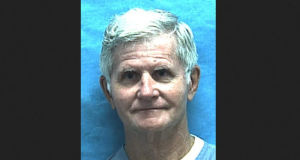 How Did Lance Christian Anderson Die?

Lance was a well-respected and trustworthy individual who lived in Redland, Florida at the time of his death. His murder took place there. Despite the fact that he and his wife, Kathi, appeared to have a picture-perfect marriage to outsiders, it was clear that resentment was building up in their relationship behind the scenes. When Lance was working as a pilot for an airline, Kathi was working as a flight attendant at the time. This is how they first met. It did not take long for the two people to become friends, which was quickly followed by a romantic relationship and ultimately marriage. After they were married, Kathi kept her job as a flight attendant, while Lance tried his hand at running his own business. Kathi was left frustrated and discouraged as a result of the fact that this shift brought them more money despite the fact that it left her alone at home for longer periods of time. As a direct consequence of this, it appeared that their marriage was in jeopardy.

On the evening of February 24, 1982, when Lance was driving his car back to his house, he was ambushed in his driveway by a masked gunman. Before the victim, a veteran pilot, could make his way to safety, the assailant pulled out a gun and shot him many times. Despite the fact that Lance was able to use Kathi’s.22 calibre Derringer to fire the attacker, the latter still managed to get away in a waiting pickup. Kathi rushed running out of the house as soon as she heard the disturbance to discover her husband lying unconscious and bleeding on the driveway. She did not delay in calling 911, but by the time first responders came, it was too late, and Lance was pronounced dead. An autopsy performed at a later date confirmed that Lance’s death was caused by the bullet wounds.

According to the reports, the police were able to quickly apprehend the perpetrator of the attack on Lance Christian Anderson since the perpetrator was already bleeding from a bullet wound. The wound caused the murderer to become delirious, and as a result, he wrecked the truck he was driving into a lamppost a few blocks away from Lance’s house. Despite the fact that the driver, a pilot for Eastern Airlines named Gerald Russell, was quickly identified, law enforcement investigators examined the truck and found handcuffs, two sets of handcuff keys, and empty bank money wrappers.

Kathi was hauled down to the station and questioned about her marriage to Lance and Gerald because the authorities were unable to locate a direct connection between Lance and Gerald at that time. Through Kathi, the detectives were able to gather that Lance’s relationship with his wife was tumultuous and that their marriage was in trouble as a result of Kathi’s feelings of boredom and a lack of attention from Lance. Kathi went on to disclose that when she was at her lowest point, she met Gerald Russell and began having an extramarital affair with him. She did this while she was still married. The affair that Gerald had with Kathi was a whirlwind at first, but Kathi quickly recognised that she could not leave her husband and communicated this to Gerald. Despite this, Gerald continued to pursue the relationship. Kathi even asserted that she had put an end to the affair before to the murder, and she went on to say that Gerald had handled the split rather well. Kathi’s statement was made after she stated that Gerald had been murdered. Because of this, the police were able to arrest Gerald Russell and charge him with the murder of Lance because they had an incriminating statement in their possession.

Also read: Lars Vogt: Obituary And Death. How Did He Die? Pianist &Conductor Cause of Death? Dies at 51

Where Is Gerald Russell Now?

Gerald Russell admitted during his trial that he was the one who pulled the gun and shot and killed Lance. On the other hand, he pleaded not guilty on the grounds that he was insane and asserted that he was inebriated when the crime was committed. In addition, according to the allegations made by the defence, Lance fired a shot at Gerald when the latter had his back turned. Curiously, during the first round of voting, the jury was split 7-4, and one member of the panel expressed uncertainty as to whether or not Gerald should be found guilty of second-degree murder. However, following additional deliberation, the jury reached a different conclusion and found the accused guilty of murder in the first degree. In 1982, as a direct consequence of this, Gerald Russell was given a sentence that included a mandatory minimum of 25 years behind bars. Despite the fact that Gerald was turned down for parole in 2007, poison records suggest that he was finally released in 2012. Still, due to the fact that Gerald is on parole, he is not permitted to go outside of Florida and as a result, he continues to reside in Miami to this very day.

Read more: Queen Elizabeth II: Death And Obituary What Happened To Her? Check Death Reason HOw Old She Was?