A leading Australian YouTube gamer, Lachlan’s success is an outcome of great determination and zeal. Lachlan’s YouTube channel is very famous and it is named after him. His second YouTube channel is also very popular. It is named ‘LachlanPlayz’, a channel with over 500K subscribers. Lachlan is also a part of Minecraft game player group called ‘The Pack’ His three series enjoyed great success, which include Pixelmon, How to Minecraft and Pokémon GO. Lachlan is only active on YouTube and he does not have time for other social media accounts. However, he has 360K followers on Twitter. 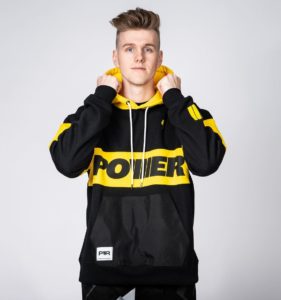 Lachlan belongs to Australia and he did his schooling in the native place only. He was an average student and got decent grades. Lachlan then obtained a graduate degree in Information Technology. Earlier, he also worked in a retail store. However, his interest in YouTube kept on increasing. After dropping out from school, he gave it all and came out successful. Lachlan shot into the limelight by creating wonderful videos. He is ranked in the list of top 5 Richest Austrian YouTubers. Lachlan Power is quite famous for his Fortnite Game and Livestream. He is very popular in Australia, Italy, and the US. Most of his videos are trending on youtube.

In June 2013, he created the Pokeballers Pixelmon Server. It has since grown to include multiple smaller regions, allowing people to play any style of pixelmon. The original Pokémon FireRed and LeafGreen games were recreated by Lachlan. It consisted of seven servers, which were open to the public, allowing the players to build and display their creativity before Nintendo removed the Pixelmon mod. Lachlan joined a How To Minecraft with quite a few YouTubers. He has garnered 200-300 new subscribers, besides amassing over 1000 views on each video. Lachlan formed the Pixeltown Pixelmon Server in 2014. TinyTurtle, Little Lizard, OMGItsAliA, and Vikkstar123 entered into a partnership with him for this project. He recorded a faction series on Treasure Wars. Lachlan has also recorded several Crazy Craft series.

In 2016, he started filming his Pokémon Go vlogs/update videos. He collected many Pokemons and saw two wild Dragonites, but couldn’t get Lapras. He posted videos every day till 2017. His last video was about Mewtwos seen in a Legendary Raid. Lachlan’s YouTube channel  has  got more than 3.53K  Total Videos till date.

It has over 14.7M subscribers. His total View count is nearly 4.78B. His channel is the 439th  most subscribed YouTube channel in the world. Lachlan’s potential earnings stands at $ 8.46K for each video. On the other hand, his monthly partner earning stands between $ 27.49K – $ 68.74K.

Lachlan is fairly thin. He has visible abs. Lachlan is very attractive.

Lachlan power earned an annual income of 4.5 million US dollars. Lachlan is from a wealthy family, but he has made a lot of money through his gaming career and his Organization PWR Brand. He has a successful Apparel Business, where he sells clothing and makes a lot of money. He also sponsors big brands like Samsung and Disney. His lifestyle shows that he owns a Tesla X SUV as well as a Lamborghini. This gives us an idea of his net worth.