Kevin and Janice From Bling Empire: Are They Still Together?

In the Netflix series “Bling Empire,” some of the richest East and South East Asians are shown residing in Los Angeles, California. Given the small amount of individuals who match the stated requirements, most of them are quite familiar with one another and frequently connect at opulent events. The reality show participants experience plenty of drama, heartbreak, betrayal, and competitiveness, among other things, just like any other social group.

Kevin Taejin Kreider, who may not be as wealthy as the others but has longstanding relationships with several of the cast members, is one of the most popular celebrities from the series. Fans were naturally interested in his romantic relationship with Janice when the third season of the Netflix series debuted lately. Fans want to know if the two are still dating or if they have broken up given the drama that resulted from the pair. Fortunately, we are here to investigate the same. 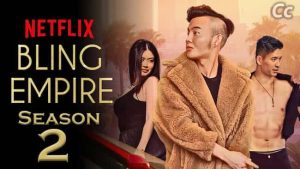 Also Read: Kim Lee and Kevin Kreider From Bling Empire: Are They Still Together?

Thanks to Kim Lee, Kevin and Janice met for the first time in Malibu, California. Kevin and Kim had made the decision to take a short getaway with Kane Lim and Kelly Mi Li in order to work out their problems. Kim thought that the group’s heart-to-heart on their first night in was insufficient, though. She thus made the decision to contact Janice, a Reiki healer Kim had been consulting with during the course of her healing process.

Kim formally introduced Janice to everyone before the session. Kevin, however, asserted that he was aware of the healer since he had looked her up on Google after learning about her through Kim. The group’s dynamic was greatly improved by the session, which did seem to address many repressed feelings. After some time had passed, Kevin made the decision to take Janice out on a date after becoming impressed by the connection he believed he had made with her.

The couple appeared to have a good time together and the evening seemed to go smoothly. Sweet banter was exchanged, and it was clear that the two were connected. After the date, Kevin and Kim had a conversation about the same thing, which bothered Kim. Kim found it awkward that Kevin was seeing her healer, whom she felt was an essential part of her recovery. Kevin was annoyed by Kim’s rage and argued that she had no right to control his life because they had agreed to put their history behind them and remain friends. However, many people are left to worry if Kevin and Janice’s relationship may have deteriorated as a result of the argument. Here is everything we know about the subject in case you are ready for the solutions.

Are Kevin and Janice Still Together?

No longer seeing each other, Kevin and Janice. Kevin discussed the subject with Christine Chiu after his altercation with Kim Lee. He asserted that he had a sincere relationship with Janice and was perplexed as to why Kim forbade him from seeing her. Christine merely prompted Kevin to consider if he thought his possible romance with Janice would be worth sacrificing his friendship with Kim.

Kevin chose to prioritise his friend and adhere to her requests after reflecting on what Christine had said. He conveyed the matter to Janice over the phone. They both acknowledged that they had a good time together but decided amicably to stop dating. Kevin doesn’t appear to have entered into another intimate relationship since that time. While pursuing his business, Sans, he is also enjoying time with his friends and family. We wish them both the very best and envision them having a bright future. 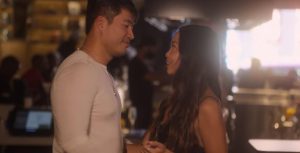 Also Read: Wednesday: Oliver Watson Wiki, Age And Family – Where Is He From?

For the first season, review aggregator Rotten Tomatoes reported an approval rating of 90% based on 10 revKevin and Janice From Bling Empire: Are They Still Together?

iews, with an average rating of 6.7/10. The website’s critics consensus reads, “Bling Empire may be another celebration of lavish wealth, but the focus on an Asian American cast gives this reality program an intriguing layer of cultural celebration.”

Read More: Season 7 Of Nailed It : All About the Halloween Themed Competition Full of Tricks and Treats

Kim Lee and Kevin Kreider From Bling Empire: Are They Still Together?