American journalist Ken Dilanian is very good at what he does. He is well-known as the reporter for NBC News who has been in charge of intelligence and national security since May 2019.

He says that his “political junkie” father made him interested in the news. Ken grew up watching the news every night and reading about things like the Watergate scandal.

He went to New South Wales University in Sydney, Australia, for a semester to study politics there and in Japan. He got his degree in Political Science and history in 1991. 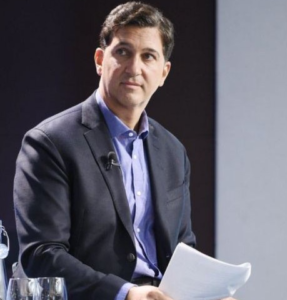 Who Is Ken Dilanian?

He was born on May 13, 1968, making him 54 years old right now. His star sign is Taurus, and he was born in East Longmeadow, Massachusetts.

Kenneth Jacob Dilanian Jr. is his full name. The name of his father is Kenneth Sr., and the name of his mother is Barbara. From 1987 to 1991, he went to Williams College and got a Bachelor of Arts in Political Science and History.

During his time at this school, he played varsity football and was a starter for three years on the football team. He went to Northfield Mount Hermon School and East Longmeadow High School before this.

Weight Loss Journey Of Ken Dilanian: Before And After Photos

Ken Dilanian hasn’t said much about his journey to lose weight. He weighs 95 kilograms, which is equal to 209 pounds. He is about 183 centimeters tall, or 6 feet tall.

The Casey Medal for Meritorious Journalism was given to him in 2007 for a series he wrote with someone else about deaths in Philadelphia’s child welfare system.

Who Is Ken Dilanian’s Wife?

Catherine Yoon is Ken Dilanian’s wife. They got married in May 2003. His wife works as an executive assistant for The Washington Post and used to work for the Smithsonian Institution. Sons Kenneth III and Maxwell are the names of their two children.

He went back to work at the Philadelphia Inquirer in 1997 and stayed there for the next ten years. He worked as an investigative reporter, a political reporter, and a Rome correspondent during his time there.

He works for NBC News right now as an off-air reporter for Intelligence and National Security. He often gives his opinion as someone who knows a lot about the subject.