After being arrested by Border Patrol agents at the Detroit station on Oct. 28, a convicted sex offenders is now back in prison. He was accused of illegally entering the United States.

Agents stated that they first met Dias-Pineda on April 2020 when he was convicted of criminal sexual conduct with an under-13-year-old. He was sentenced to five years probation and 207 days in confinement following his 2020 felony conviction. 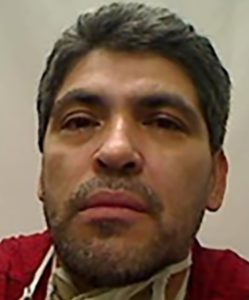 A judge ordered him sent back to Honduras in May 2021. However, agents claimed that they had received tips and information from a concerned citizen that he was actually back in the United States.

Dias-Pineda has now gone through the Reinstatement of the Prior Order of Removal process and was presented to the United States Attorney’s Office as a prosecution for violating the re-entry of an aggred felon.

Dias-Pineda was a Honduran native who was convicted of criminal sexual conduct with an under-13 year old. He was sentenced for 207 days in prison and five years probation. Dias-Pineda was deported by an immigration judge on June 9. Border Patrol agents arrested Dias-Pineda after his illegal return to America on Thursday.