On September 21, Monster: The Jeffrey Dahmer Story, starring Evan Peters, will be available to watch on Netflix. People have been viewing all of the movies on the notorious serial murderer as they are waiting for the limited series to be released on Netflix. Some examples of these movies include My Friend Dahmer and Dahmer, which stars Jeremy Renner. Where exactly can you watch Dahmer, then? We have provided you with the link to the drama movie that you may watch below.

David Jacobson and David Birke collaborated on the screenplay for the film Dahmer, which was released in 2002 and directed by Jacobson. Artel Great, Matt Newton, Dion Basco, Bruce Davison, Kate Williamson, Christina Payano, Sean Blakemore, and Lily Knight are among the other actors who appear in the film in addition to Jeremy Renner.

The story of Jeffrey Dahmer, one of the most prominent serial killers in the history of the world, who was responsible for the murder and dismemberment of 17 young men between the years 1978 and 1991, is the focus of this movie.

Find out where you can see Dahmer by reading the information that’s below! 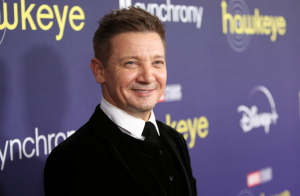 Is Dahmer on Netflix?

No. Unfortunately, you can’t stream this movie on Netflix because it’s not there. We had high hopes that Netflix would purchase the streaming rights to the movie before Monster: The Jeffrey Dahmer was released, but unfortunately, this did not happen. You’ll have to search elsewhere for now if you want to watch the movie because Netflix does not yet have the rights to stream it. Perhaps they will in the future, though.

We recommend that you check out the shows Lost Girls, Monster, and Extremely Wicked, Shockingly Evil, and Vile if you’re looking for stuff on Netflix that is comparable to what you just watched.

You should also watch the upcoming true-crime documentary Conversations With a Killer: The Jeffrey Dahmer Tapes, which will be available on Netflix on October 7th.

Also read: Scott Pendlebury: Who Is He? Is He Retiring? AFL Would Miss That Hair

Where to watch Dahmer

There are a lot of different theaters in which you can view the dramatic movie. On Plex, Tubi, Vudu, Roku, Pluto TV, and Freevee, you can view it without paying a subscription fee. The movie can also be rented or purchased through Microsoft, Google Play, or YouTube.

Beginning in 2011, Renner portrayed Clint Barton/Hawkeye, a member of the Avengers, in a number of films and television programs that were part of the Marvel Cinematic Universe. One of these roles, the central title character, was included in the Disney+ series Hawkeye (2021). In addition to that, you might recognize him from his roles in Mission: Impossible – Ghost Protocol (2011), The Bourne Legacy (2012), Hansel and Gretel: Witch Hunters (2013), American Hustle (2013), Mission: Impossible – Rogue Nation (2015), and Arrival (2015). (2016).

Also read: What Religion Does Scottie Scheffler Follow? Find Out If He Is Jewish Or Christian

Renner was born in Modesto, California, to parents Lee Renner and Valerie Cearley. During the 1980s, Lee Renner ran McHenry Bowl, a bowling alley located in Modesto. Valerie Cearley gave birth to Renner. His parents were both in their teens when they were married, and he was ten years old when they got a divorce. He is the oldest of seven brothers and sisters, the youngest of whom was born in 2011, making him a new big brother at the age of 40. He is the oldest of his siblings. His mother’s family comes originally from Ireland. Renner is another actor that has German ancestry.

Renner received his high school diploma from Fred C. Beyer in Modesto in the year 1989.

Before deciding to pursue a career in acting, he went to Modesto Junior College and majored in computer technology and criminology. It was then that he took a drama class as an elective and made the decision to get into the entertainment industry.

Renner made his debut in the film industry in the comedy National Lampoon’s Senior Trip from 1995, in which he played an average student. He went on to appear as a guest star on two television shows, Deadly Games and Strange Luck, and had a small role in the television film A Friend’s Betrayal as the friend of Paul Hewitt. Despite the negative reviews, the film was nonetheless a commercial failure (Brian Austin Green). Renner appeared in supporting roles in films such as Zoe, Duncan, Jack and Jane (1999), The Net (1999), The Time of Your Life (1999), and Angel (1999) over the course of the subsequent several years (2000). Renner appeared in an episode of CSI: Crime Scene Investigation in the year 2001, however his part was quite brief. During this time, Renner supported himself by working as a makeup artist to help pay the bills.

Renner played the title role of serial killer Jeffrey Dahmer in the film Dahmer, which was released in 2002. After finishing filming the movie and knowing that Dahmer was responsible for the deaths of seventeen people, he found the non-fiction role difficult to play and cope with emotionally. His performance was praised, and as a result, he was put in consideration for an Independent Spirit Award nomination in the category of Best Lead Male. Additionally, he played the role of a Bad Boy Sheriff in the music video that Pink released in 2003 for her song “Trouble.” Renner then went on to make appearances in the films The Heart Is Deceitful Above All Things in 2004 and S.W.A.T. in 2003, both of which featured Colin Farrell’s character as a former police partner.

A Little Trip to Heaven, in which he played alongside Julia Stiles and Forest Whitaker, was released in 2005. That same year, he also had roles in the films North Country and 12 and Holding. Next, he appeared alongside Gabrielle Union in the film Neo Ned, in which he played the role of a neo-Nazi skinhead who is sent to a mental institution. The movie was recognized with honors at a number of different film festivals, including the award for “Best Actor” at the Palm Beach International Film Festival. Renner also had a tiny part, albeit it was uncredited, in the skateboarding movie Lords of Dogtown. He played the manager of the character played by Emile Hirsch. Love Comes to the Executioner was a film that he featured in alongside Ginnifer Goodwin in 2006.

Both the 2007 film The Assassination of Jesse James by the Coward Robert Ford and the 2009 film 28 Weeks Later featured Renner in supporting parts. In the former, he played Wood Hite, the cousin of the outlaw Jesse James, who was portrayed by Brad Pitt. In the latter, he portrayed Sergeant Doyle. In the film Take, he co-starred with Minnie Driver, and he made a cameo appearance on an episode of House playing the role of a reckless rock musician. Renner appeared in the pilot episode of The Oaks, but the show was ultimately not picked up for a full season. 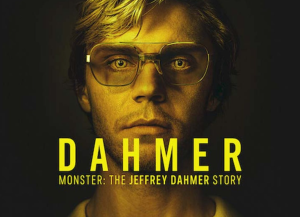 Sonni Pacheco, a Canadian model, and Jeremy Renner got married on January 13, 2014. Renner and Pacheco are the parents of a girl. Pacheco submitted a petition for divorce from Renner on December 30, 2014, citing insurmountable differences as the reason. The custody of their daughter is shared between them. Cameo appearances are made by Pacheco and their daughter in the movie American Hustle, which stars Jeremy Renner in the role of Carmine Polito, the Mayor of Camden, New Jersey.

Washoe County, Nevada is where Renner makes his home. Together with his best friend and fellow actor, Kristoffer Winters, he runs a business that specializes in the renovation of residential properties. As part of his preparation for his parts in the Mission: Impossible and Avengers film franchises, he has trained in the martial arts of both Arnis and Muay Thai.

Renner is an avid football supporter, especially of the San Francisco 49ers. It traces the history of the team’s rivalry with the Dallas Cowboys, and he narrated the episode of the documentary series The Timeline on NFL Network called “A Tale of Two Cities.” He also narrated the inaugural video for the grand opening of Levi’s Stadium.

Is The Bling Ring starring Emma Watson on Netflix? (where to watch)