Jenna Johnson: Who Is She? Where is She Now? Did She Leave Dancing With The Stars?

Jenna Johnson, a dancer and choreographer, made her first appearance on “Dancing With the Stars” with Jake T. Austin in season 23. After that, she went on a break, but she came back for season 26 and won with figure skater Adam Rippon.

Since then, Jenna has been a regular on “DWTS,” and fans love her for both her amazing performances and her happy personality. So, it was pretty sad to find out that Jenna wasn’t on DWTS season 31. Still, fans were wondering what was going on, so we decided to jump in and find out. 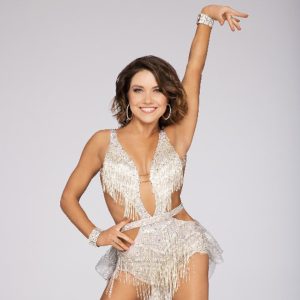 Also Read: No, Shayne Jansen From Love Is Blind Does Not Have Autism – Reality Star Debunks Rumors About His Mental Health

Why Is Jenna Johnson Not On Dancing With The Stars Season 31?

Jenna is known for being on “Dancing With the Stars,” but she first got noticed when she danced on season 10 of “So You Think You Can Dance,” where she finished as the third runner-up in the women’s group. She became a professional dancer and joined “DWTS” in season 23. She was paired with actor Jake T. Austin. Even though Jenna’s first season on “DWTS” was cut short when she and her partner were eliminated in 13th place, the professional dancer came back in season 26 and won with Adam Rippon.

Jenna has always loved dance and has always been very good at it. This made her a fan favorite, and in seasons 29 and 30, she tied for second place with Nev Schulman and JoJo Siwa. So, fans were very excited to see her next performance, and when she was left out of season 31, the disappointment was almost twice as bad.

Jenna Johnson is married to Val Chmerkovskiy, who is also a professional dancer on “DWTS.” They are very happy together. In January 2023, they will have their first child. So, Jenna decided not to be in season 31 because she is pregnant and wants to make sure her baby is safe.

But it was hard for the professional dancer to say no to dance, since she was ready to come back even when she was pregnant. In fact, Jenna said that she would figure something out and asked the producers to pair her with a good person.

But in the end, she decided that it wouldn’t be a good idea and decided to sit out while her husband played. Jenna has always been very supportive of her husband, though.

In a now-deleted Instagram video, she talked about her situation and said, “I’m obviously so sad that I won’t be dancing this season, but I’m so excited to watch and cheer everyone on. Even more so my husband! I’m also looking forward to having a chance to change things up, get new ideas, and bring my most creative self next season.” 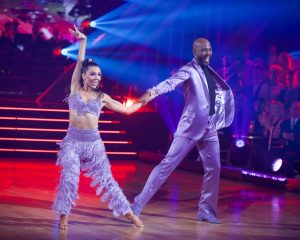 Where Is Jenna Johnson Now?

Jenna Johnson spends most of her time at home right now because she is getting ready to be a mother. She recently told everyone that she was going to have a boy, and she often posts cute updates on social media about her journey to becoming a mom. Also, her relationship with Val Chmerkovskiy has grown by leaps and bounds, and the two of them seem very happy to be together.

Jenna has, however, kept herself busy at work and with a number of brand partnerships on social media. She also released a new line of dancewear with Jo+Jax in August 2022, which was well received.

Jenna and Val also have a popular YouTube channel where they talk about their lives and keep their fans up to date. Jenna’s great life is truly an inspiration, and we hope she does well in everything she does in the future.

Read More: Has Clare Crawley From Bachelorette Gotten Any Plastic Surgery? Fans Wonder What Happened To The Reality Star’s Face Over The Years

Melissa Sclafani: Where Is She Now? What Was Her Crime? Updates

Who Is Lindsay Arnold? Where Is She Now? Did She Leave Dancing With The Stars?