In his murderous spree between 1978 and 1991, American serial killer Jeffrey Dahmer killed 17 men. Over the course of more than 13 years, Dahmer sought out men, usually of African American descent, at gay bars, shopping centers, and bus stops. He then lured them home with promises of money or sex, gave them wine that was drugged, and strangled them to death. The corpses would then be used as objects for sex activities before being dismembered and disposed of, frequently with the skulls or genitalia being kept as mementos. To help him remember and relive each act of murder, he routinely took pictures of his victims during various phases of the killing process.

In 1991, authorities found Dahmer, who was given 16 life sentences. In 1994, Christopher Scarver, a fellow prisoner, killed him.

In “Monster: The Jeffrey Dahmer Story,” a Netflix original film, it is shown how notorious serial killer Jeffrey Dahmer eventually developed cannibalistic impulses while dissecting and storing the bodies of his victims. Reports indicate that he cooked and ate a significant portion of his victims’ body parts, despite the fact that he was known to save the skulls of most of them as horrifying souvenirs. He even acquired the nickname “the Milwaukee Cannibal” due to his cannibalistic tendencies. If you’re curious to learn if Jeffrey was a cannibal and how many victims he ultimately consumed, we have the information for you. 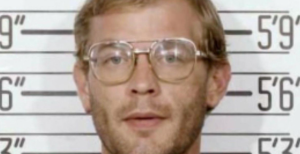 Also Read: When and how did Jeffrey Dahmer die?

Steven Mark Hicks, 18, was beaten and strangled by Jeffrey on June 18, 1978, at his parents’ Ohio home. This was Jeffrey’s first murder. The same is true of Joseph Arthur Bradehoft, 25, whom he killed by strangling on July 19, 1991, at his Milwaukee apartment. In the states of Wisconsin and Ohio between 1978 and 1991, Jeffrey is alleged to have killed at least 17 men and boys. Sadly, he never spoke in depth about his cannibalistic behavior, so it is unknown how many of his victims he actually ingested.

We do know, however, that the prolific serial murderer liked to decapitate and dismember his victims rather of saving their heads and other body parts. According to some sources, all seventeen of Jeffrey’s victims’ bodies—or some portion of them—were consumed. The fact that he dismembered his first victim before eviscerating his bones and dissolving his flesh in acid makes this assumption questionable and should be treated with caution. Jeffrey did not start collecting body parts until he killed Richard Guerrero, 22, on March 24, 1988, despite disposing all of his other victims in a similar manner.

When it came to Guerrero, Jeffrey did what he always did—dissolved the flesh in acid—but this time, he spared the skull, cleaned it, and kept it in his macabre collection. The 22-year-old was not ingested, albeit there is no evidence to support this. Anthony Lee Sears, Jeffrey’s following victim, died on March 25, 1989, making him the first victim whose body part was kept in his collection for all time. Anthony’s preserved skull and genitalia were discovered in the Milwaukee apartment by the authorities after the serial killer was apprehended in 1991.

Jeffrey moved into his Milwaukee apartment at 924 North 25th Street after killing Anthony, where he then started toying with his cannibalistic urges. The serial murderer has never admitted to cannibalism openly, but he did remark that he started keeping and consuming body parts from his later victims and that he only ate human meat when he felt like it. In addition, Jeffrey is said to have only eaten the hearts, biceps, and thighs of his victims, even remarking on how the bicep tasted like beef.

Jeffrey Dahmer: Was He a Cannibal? 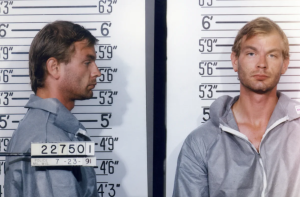 In light of his admission that he kept some of his victims and ate them, Jeffrey Dahmer was undoubtedly a cannibal. While some think Jeffrey’s cannibalistic behavior was a fabrication to support his defense’s contention that he was insane, the police discovered enough evidence in his apartment and refrigerator to support their claim. When he was apprehended, officials discovered a number of skulls, four severed heads, a few human torsos, as well as other organs and body parts, including two human hearts and some muscles.

Strangely, Jeffrey Dahmer is shown feeding his neighbor Glenda Cleveland a sandwich made out of human meat in the Netflix series. A neighbor who appeared in the 2012 documentary “The Jeffrey Dahmer Files” claimed that they are afraid that Jeffrey may have served them human meat because he frequently shared prepared meals with them, even though there is no evidence to support this in official reports. In addition, the serial murderer allegedly desired Tracy Edwards’ heart because he was the last targeted victim to survive and make it out alive.

Experts claim that cannibalism was another technique for Jeffrey Dahmer to demonstrate power over the people he killed. Dahmer allegedly wanted to feel total control over his victims. We also think that he relished what he did and would not lie about such a horrible conduct that he was pleased of, especially because he didn’t feel any regret after being apprehended.

Family and Childhood of Jeffrey Dahmer

On May 21, 1960, Lionel and Joyce Dahmer welcomed Dahmer into the world in Milwaukee, Wisconsin. Up to the age of 4, when surgery to treat a double hernia appeared to have an effect, the youngster was regarded as a lively and cheerful child. The birth of his younger brother and the family’s many movements made him more somber and more reclusive. He was disinterested, tense, and largely friendless by the time he was in his early teens.

Dahmer asserts that his urges toward necrophilia and murder started when he was about 14 years old, but it appears that the dissolution of his parents’ marriage and their contentious divorce a few years later may have been the impetus for converting these impulses into deeds.

Dahmer had become out of hand with his drinking by the time of his first murder. After one quarter of study at Ohio State University, he left, and his freshly remarried father suggested that he enlist in the Army. Dahmer joined the military in late December 1978, and shortly after, he was assigned to Germany.

Early in 1981, the Army released him due to his continued drinking issues. It isn’t thought that Dahmer killed any more people while he was a member of the military, despite the fact that German officials would subsequently look into probable connections between Dahmer and killings that occurred nearby at the time. 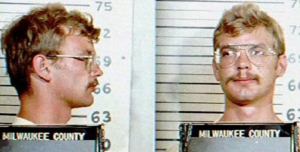 In the years 1978 to 1991, Dahmer killed 17 men. In order to minimize their disappearances and the chance of being apprehended, he took care to choose victims who were on the periphery of society and frequently itinerant or borderline criminal. With the promise of cash or sex, he enticed them to his house where he later strangled them to death. He sexually assaulted them and stored their body parts and photographs as mementos.

When Steven Hicks, a hitchhiker, was picked up by Dahmer and taken to his parents’ house shortly after he received his high school diploma in June 1978, he committed his first murder. When Hicks attempted to flee, Dahmer killed him by striking him in the head and strangled him with a barbell. After getting the young man inebriated, Dahmer continued to kill people.
Before burying the body parts of his first victim behind his parents’ house, Dahmer disassembled the body, bagged the pieces in plastic, and did so. Later, he excavated the body, smashed the bones with a sledgehammer, and distributed the fragments across the wooded ravine.

Although she was unaware of his previous activities, Dahmer’s grandma didn’t become tired of her grandson’s late hours and intoxication until after he had already murdered two more people there in 1988. She then ordered him to vacate the property.