Jacqueline Guzman is a TikTok star and a stunning Cuban-American actress who used to work at a theatre company. Jaqueline has been the subject of media attention in recent days as a result of a viral video in which she discussed the murder of police officer Jason Rivera. 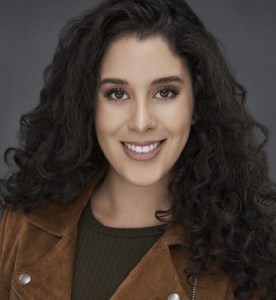 Jacqueline Guzman is a member of the Face To Face Films organisation and an actor from New York City. She is a Cuban American actress based in NYC but originally from Hialeah, Florida, according to her company’s biography.

She attended the American Academy of Dramatic Arts and graduated with honours. After being forced to audition for Almost Maine by her friends, Jacqueline realised her passion for acting. Which later proved to be a turning point in her life.

She became fixated on freedom, vulnerability, and the world’s creative reflection. She then enrolled in a theatrical school to further her career.

She went on to create her own production firm, Exhale, Go, after graduating. On June 26, 2021, she made her debut in Korinne’s face-to-face films, which were released on Youtube.

Romeo and Juliet, Frontieres Sans Frontieres, Picnic, Tough, Anna in the Tropics, and Ring Round the Moon are among her six theatre credits.

With Face to Face, there are two films and one short video.

She has garnered prominence as a result of her latest video against the deceased detectives.

Since the 28th of January 2022, Jacqueline has been relentlessly mocked on numerous social media sites and in the media. She rants about a police officer who was killed while on duty in a video she shared on Tik Tok. A funeral was held for Officer Jason Rivera of the New York City Police Department, who was shot while on duty. Jacqueline rants on Tik Tok about how people under the age of 22 are slain every day for no reason and no one shuts down the city for them. She also stated that Jason was killed as a result of his own error and failure to do his duties properly. After her nonchalant behaviour, Jacqueline received a lot of hate and trolls. She was sacked from her position, and Face of Face declared on January 29, 2022 that she would no longer be a member of their business.

The actress Jacqueline Guzman is a well-known Cuban-American. After complaining about road closures during the burial of police officer Jason Rivera, Jacqueline Guzman was fired from her theatrical company where she worked as an actress.

Friends pushed Jacqueline Guzman to audition for John Cariani’s play “Almost, Maine,” which premiered in Portland, Maine, United States in 2004, and where she discovered her passion for acting. After graduating, Jacqueline Guzman founded her own company, Exhale, go. Productions LLC.

At the funeral of New York City Police Chief Jason Rivera on January 28, 2022, Jacqueline Guzman went to TikTok to debate New York City road closures. “There is no need to close down the majority,” she said in a video. Every day, cops kill people under the age of 22 for no apparent reason, and we don’t shut down the city to accommodate them.” People started spreading hate and harassing her when the video went public.

Jacqueline Guzman was born in 1990 in Hialeah, Florida, and she was 32 years old in 2022. Jacqueline Guzman had always aspired to be an actor and escape the spotlight, but her ambitions were dashed after she was sacked from her theatrical company, Face to Face Films. Jacqueline Guzman is a talented actress who has been in numerous theatre productions as well as short films. When Jacqueline Guzman sends a now-deleted TikTok about the road closures during the burial of a police officer Jason Rivera, she stands out.

Jacqueline Guzman earned her bachelor’s degree from the American Academy of Dramatic Arts, as well as her college diploma from the University of Florida.

Jacqueline Guzman is roughly 5 feet and 6 inches tall, with brown hair and brown eyes. She weighs approximately 70 kg, or 154 pounds.

She is a skilled and accomplished actor, but her career appears to be in jeopardy as a result of her scandal. Jacqueline made a substantial amount of money from her debut, but there are no exact figures available at this time to estimate her net worth.

Q. Who is Jacqueline Guzman?

Ans. She is an American actress and model.

Q. How old is Jacqueline?

Q. What is the birthplace of Jacqueline?